While the New York is getting ready for a massive snowfall, location-based technology again comes with a helpful solution. Rastrac, a GPS fleet tracking company has launched a website which aggregates data from 2550 plows around the city fighting with winter. 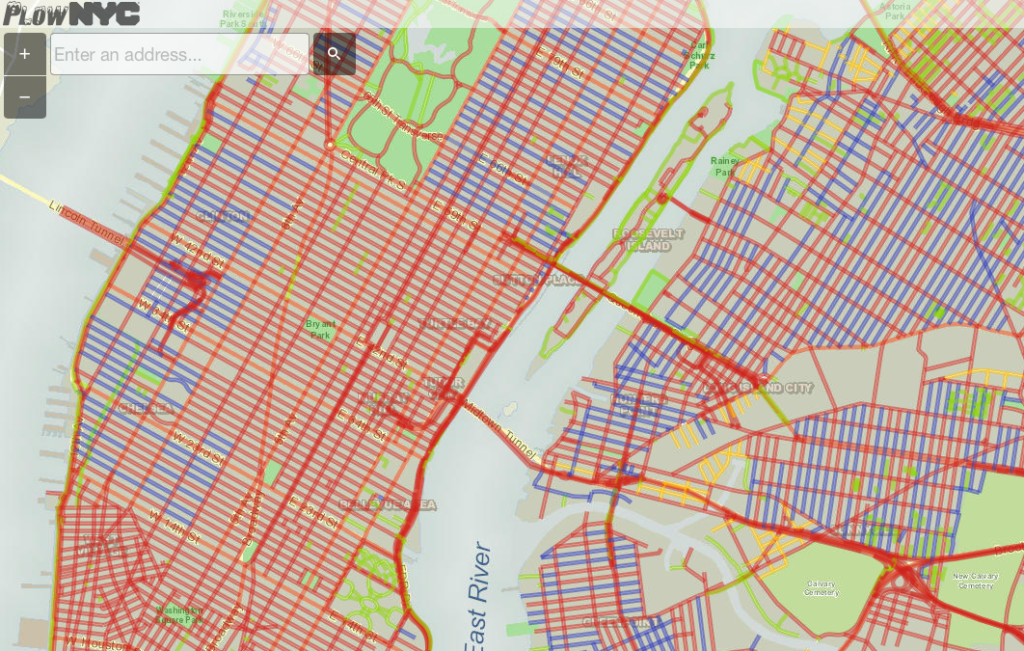 Does it actually works? We have no idea. Maybe some comments from New Yorkers?

Location privacy is increasingly becoming a concern and many people are already wary of Location Based applications and mobile carriers that track their location and update it in publicly visible servers or use it for totally different purposes that might result in privacy infringements. Now, it seems even the law enforcement agency is wary of the their location being shared publicly.

Police worry that Waze could be a “cop stalker”

According to an Associated Press Report, the Police Chief of Los Angeles, Charlie Beck has written to Google’s Chief Executive lodging his complaint that Waze could be “misused by those with criminal intent to endanger police officers and the community.”

Waze, acquired by Google back in 2013, to improve its traffic prediction capabilities, is one of the most successful crowd-sourcing or Volunteered Geographic Information apps that lets user to report traffic jams and to locate police officers on a map and label them as either “visible” or “invisible” to the drivers that will pass that location. The ability to do the latter has led the police community in US to lodge their protest against it; worried that it could be used as a “cop stalker”.

According to the report, Charlie Beck, Los Angeles Police Chief, in his letter to Google had highlighted a particular case where a gunman shot 2 police officers in New York. Mr. Beck has complained that Waze played a role in that unfortunate shooting. The instagram account of the gunman in question, included a screenshot from Waze together with messages threatening police. The investigators, however, have their doubts about the Waze theory as the gunman is reported to have tossed his phone few hours before the incident.

We need to however, understand that, all of this is still hypothetical and so far, there is no confirmed connection between the police attack and Waze. Interestingly, last year, the US Transportation Department wanted Congress to pass a bill that would allow restrictions to be placed on navigation apps like Google Maps, HERE, Waze, etc, if they were to prove dangerous on the road. (Read more).

Until today, I was under the opinion that the Law Enforcement agencies around the world were glad to be able to locate someone, if required through such apps and mobile carrier data. Such data, without doubt can also be used to save the live of a victim but the issue is that more often than not, such capabilities are being used for purposes that are against our privacy. It would be interesting to see how they approach the issue, considering their own location privacy is the topic of discussion.

Should Waze turn off the ability to locate police officers?

Nuala O’Connor, head of the Center for Democracy and Technology said, “I do not think it is legitimate to ask a person-to-person communication to cease simply because it reports on publicly visible law enforcement.” O’Connor also pointed out that the privacy violation goes both ways: because the app reveals the location of all users, Waze drivers are conversely sharing their own information with police. – The Verge

Although their concerns do seem legitimate, my opinion on the issue is a bit biased considering the amount of “unnecessary and private” data the law enforcement agencies have about individuals. In some sense, I do agree with Nuala O’Connor’s statement. But I must admit, I hope the fact that Police officers in US are worried about Waze sharing their location information, allows for a serious and sincere debate about Location privacy and how best to avoid such privacy infringements. What is your opinion?