There are two reasons why I am writing about this:

First, it is an incredible opportunity! Second and the most important, I currently work there!

NASA DEVELOP is a capacity building program under NASA’s Applied Science division. It is a ten week internship program open for all students currently enrolled or recently graduated from an accredited US University or College.

DEVELOP bridges the gap between NASA Earth Science and society, building capacity in both participants and partner organizations to better prepare them to handle the challenges that face our society and future generations. You can read more about some of the past research projects here. US  Citizenship is required to participate at the NASA Centers, but international students with valid visa or work permit can participate at DEVELOP’s Regional locations.  Students from all background are encouraged to apply, though the program is strongly based on remote sensing and GIS oriented research. The applications for summer 2014 are due on the 28th of Feb.

Click here to apply, if you have checked the eligibility requirements.

Say thanks for this article (1)
Rohini Swaminathan
33 posts
Want to be an author?
The community is supported by:

Sochi and Vancouver: A Parallel in Olympic Geography 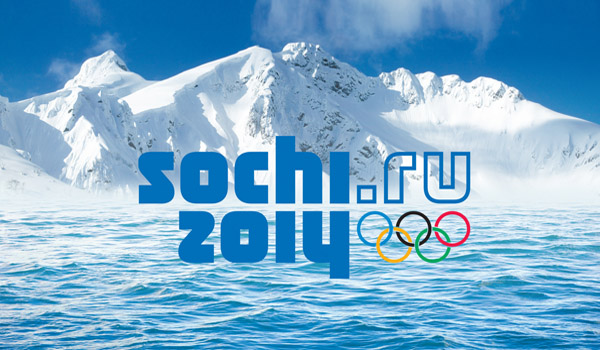 On the other hand, there is also an element of surprise to this. Sochi is located near the Caucasus Mountain range, a region known for contention and war. Security has been a major concern for the Winter Olympics as a result.

There is another aspect of Sochi that makes this city stand out, not only for the Winter Olympics, but for Russia as well. If one takes a look at photographs of Sochi, it can be surmised that this city is not like other Russian cities. In a nation where cold, snowy winters are the norm, there are palm trees in Sochi. This is a major resort city within Russia because of its subtropical climate and location along the Black Sea. 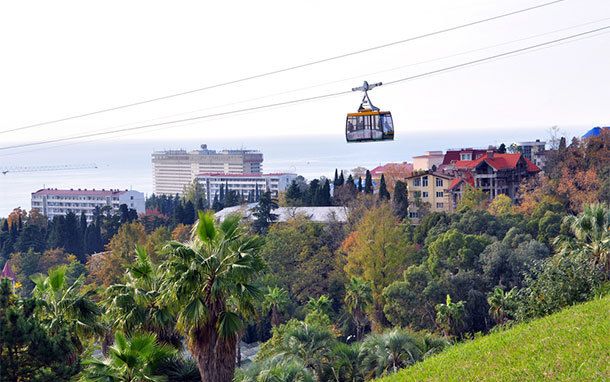 There is another city that has a geographic parallel to Sochi. Vancouver, Canada hosted the 2010 Winter Olympics. What needs to be considered about Vancouver is its own climate. The temperatures and rainfall patterns of Vancouver would classify it as having an oceanic climate, with its cool, rainy winters and mild summers. The city of Vancouver actually has a climate similar to London or Seattle. 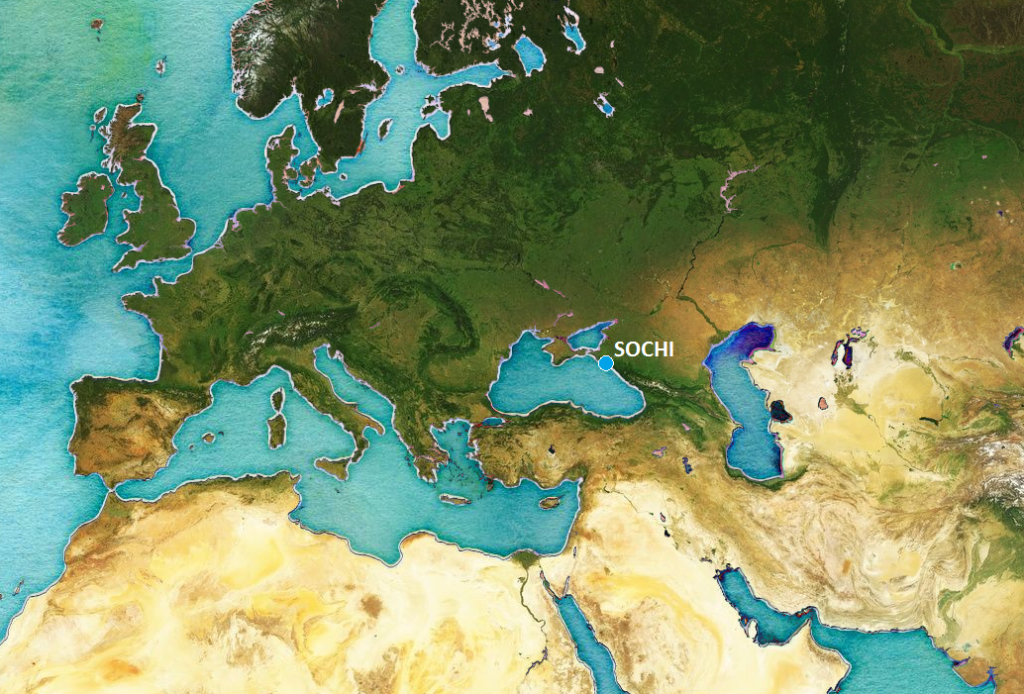 These are the parallels between Sochi and Vancouver. Sochi will host the Winter Olympics. Vancouver has hosted the Winter Olympics. Both cities have among the warmest climates within their respective nations. Both Russia and Canada have cold, snowy winters with the exception of the southwestern coastal areas of both of these nations. Vancouver has relatively mild winters, as does Sochi. There is more. Both cities are within 129 km (80.1 miles) of high mountains for skiing. Vancouver held its skiing and snow-related events in Whistler and West Vancouver. Sochi will hold its snow-related events in Krasnaya Polyana.  Krasnaya Polyana is part of the Greater Sochi area (Sochi Urban Okrug). Roza Khutor Alpine Resort is located there.  Indoor venues, such as hockey and curling, will be held in Sochi, as they were held in Vancouver. 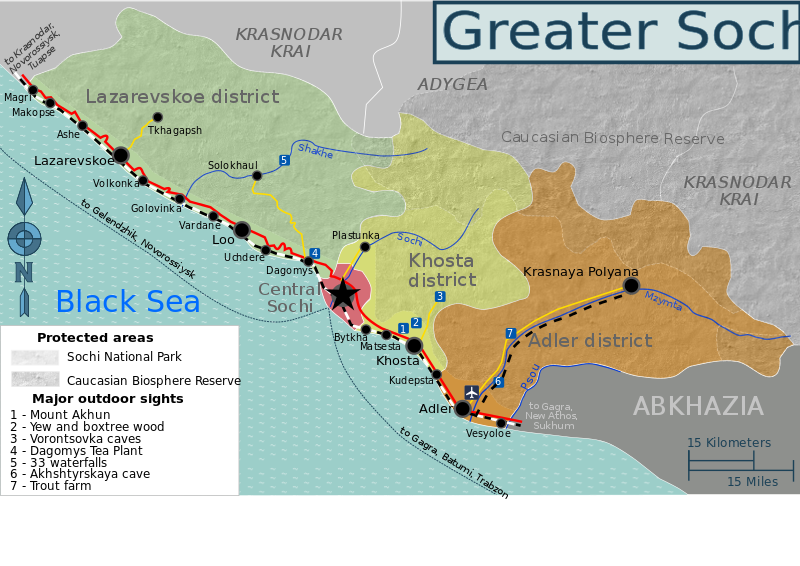 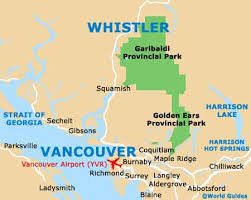