Everytime I hear someone talking about mining the moon, I  think of the science fiction movie by Sam Rockwell. This month, I went on a quest to find answers for some of my Avyakrtas (Sanskrit for “The Unanswered Questions”). Packed my bags, drove 12 hours, reached Wallops Island, Virginia and got my tripod set two miles from a launch pad to witness a small piece of history going into the space. 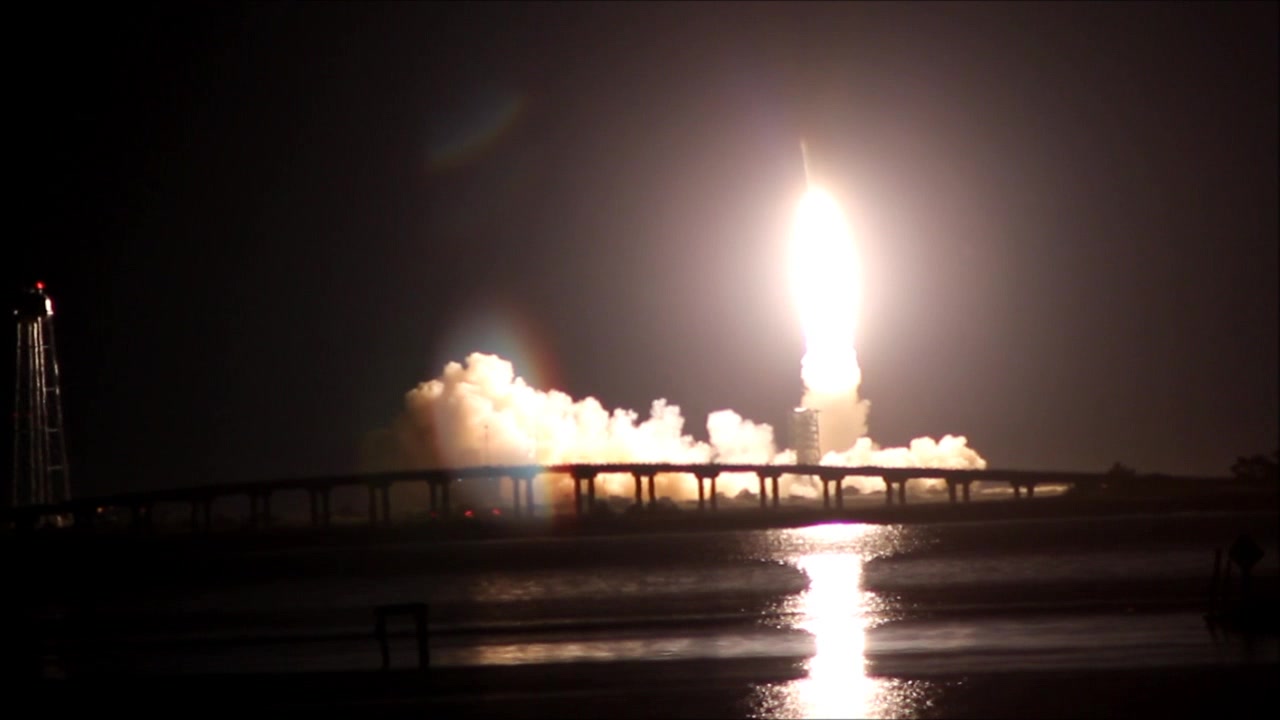 Meanwhile, got a wonderful opportunity to talk to Hon.Jack Kennedy, a visionary and space enthusiast who serves on the board of directors of the Virginia Commercial Space Flight Authority governing the launch pad at Wallops Island! Here is a gist of our conversation:

Q: Hello, Mr.Kennedy. Thank you so much for agreeing to interview with us today. Can you tell us more about yourself and your interests in space research?

Ans:  My interest in space science and space policy date back to my childhood building small rockets and being an Apollo Era moon mission enthusiast.  Being invited to be a VIP guest at the launch site for Apollo 14 at the Kennedy Space Center left an indelible impression upon me as a teenager.  Over the years, I returned to watch numerous space shuttle launches, including Columbia, Challenger, Discovery, and Endeavour. Holding a M.S. in Space Studies from the University of North Dakota combined with my business, political science and law degrees have inspired my interest in space policy at the state level with the emerging private sector.

Enabling a public policy dynamic that serves to boost the exploitation of the minerals on the Moon and asteroids is of special significance because of my mining legacy. It is my hope to continue to contribute to the Wallops Island spaceport so as to enable it to be a commercial hub to launch humans on the path to low earth orbit and the moon beginning late in this decade. The Virginia spaceport is in a state of becoming an interplanetary transportation node of the 21st century.

Q2: One particular satellite got many space enthusiasts’ attention this month. Can you talk a little bit about NASA’s robotic mission to the moon, LADEE?

Ans: The Lunar Atmosphere and Dust Environment Explorer (LADEE) is a lunar exploration mission lead by NASA as a part of the civil space program. The lunar remote sensing satellite was mounted to a Minotaur V solid rocket booster at the Mid-Atlantic Regional Spaceport (MARS). During its nominal 100-day science collection mission, LADEE will go into orbit on October 6, 2013 to commence study of the lunar exosphere and dust in the Moon’s vicinity.  Meteorite impacts over the lunar surface result in large amounts of dust being stirred off the surface of the lunar regolith. The LADEE instruments will study how the atmosphere and dust interact to provide more knowledge and insight of the environment. LADEE will also conduct a laser communication technology research from the moon to the Earth establishing the first interplanetary high-speed Internet link!!

Q: How will this help future missions of NASA or any other private organizations? Is it possible that the data collected from this mission can aid in future mining of moon?

Ans: LADEE’s science and communications technology data may serve the civil, military and commercial space sectors and international government partners with technology transfer in the future. The data sets will help enable the private sector to launch future robotic rover missions, sample return missions in the current decade and inflatable human habitats for humans and humanoid robots in the next decade. By 2030, my vision is a two-world system with the moon serving as the frontier of economic development and off-Earth globalization 2.0 !

Nonetheless, dust was a significant problem for all the twelve lunar astronauts of the six Apollo surface missions. Dust will be a significant problem for humans, humanoid robots, habitats and surface equipment in the colonization of the Moon in the 2020’s.  LADEE will most likely contribute meaningful data as to mining practices and how water and other valuable minerals will be extracted and lunar regolith handled.

Well, looks like mining the moon will not be a science fiction anymore!

#Business #Featured
Six drone industry trends for 2022 which are my takeaways from Xponential Expo in Orlando, FL
Aleks Buczkowski 04.30.2022
AWESOME 0
#Business
Celebrating the Top 100 Geospatial Companies of 2022
Muthukumar Kumar 08.1.2022
AWESOME 4
#Business
Funding in the geospatial industry – the who and how
Hassan Safieddine 08.1.2022
AWESOME 3 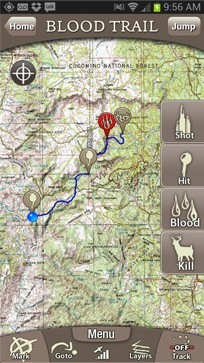 Hunters are interested in the ownership of the land they are on. They need to know the legal boundaries of the hunting permits and hunting leases. Trimble perceived this necessity and developed an android application that allows viewing ownership maps off-the-grid without a cell or data signal. Additionally, GPS functionality enables to navigate in the field. The new application was launched this week under the name GPS Hunt Topo Map SD Cards for Hunters. The app works on Android-powered smart phones with a SD/microSD slot. The memory cards are also compatible with iPhones and iPods. So far the maps cover 39 US states gathering information on more than 167 million private plots, which so far is the most comprehensive collection of land ownership available on smart phones. After plugging the memory card into the mobile phone and loading the maps, those can be viewed without a cell phone or data connection. In areas off the cell phone towers, where hunters often circulate, this is a very important feature. Users can retrieve the full colour topographic maps in 15 different levels of zoom. Three super-zoom levels permit the detections of boundary objects (fences, stones, etc.) in reality.

In contrast to US, the land ownerships in Europe are much smaller. Hunters and hunting association mostly know the boundaries of the hunting permit very well by memory. This app appears to be developed for areas with large land ownerhips like the US, Canada, Australia, etc.