#Business
The Geospatial Index Fund
The Geospatial Investor 01.16.2023
AWESOME 0
#Business
We have analyzed 568 geospatial startups around the world. Here are the conclusions about the market
Hassan Safieddine 05.21.2022
AWESOME 11
#Business #Featured
Six drone industry trends for 2022 which are my takeaways from Xponential Expo in Orlando, FL
Aleks Buczkowski 04.30.2022
AWESOME 0 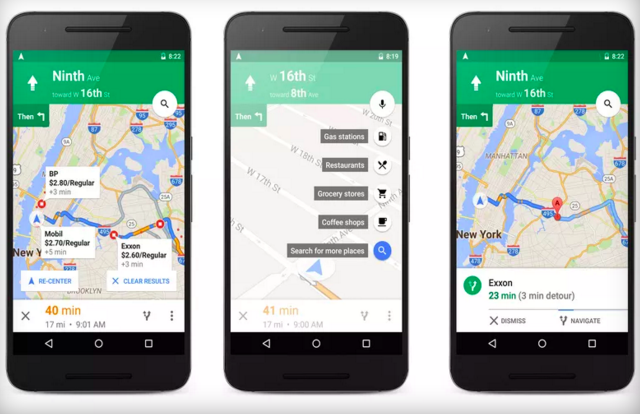 With the latest update to Google Maps for Android the company finally adds the ability to search for places to stop along your current route. The update which will be roll out over next weeks you’ll be able to search for gas stations, grocery stores, restaurants, and other stops without removing your final destination.

Google added also one more cool feature. It included gas prices when you search for gas stations, allowing you to pick out the cheapest one along your route.

Searching for points of interest along the route is not a new feature to navigation systems but it’s one step closer for Google to rule the navigation apps market.There’s no word on when this feature will come to Google Maps on iOS.