Space ESG. How might the evolution of space industry cause us to reflect on our own mistakes?

In a recent post, we have commented on the development of the New Space industry. Being optimistic we have focused on opportunities coming out of the unprecedented pace of technology development and huge investments. Earth Observation, space mining, space tourism, low-orbit Internet connectivity. These are all very exciting developments.

There is however another side of the story, which we tend to overlook when dreaming about exploring the space opportunities.

The possibilities are thrilling, but at the same time, we will have to resolve important practical, political, and moral issues as this new ‘gold rush’ unfolds before our eyes. Looking at the history of humankind, and what we have done to our own planet, it seems that our species has the ability to destroy everything in its path. Without learning from our mistakes, we will extrapolate them beyond Earth and we need to avoid it at all costs because Space is a common good for all humanity (current and future). 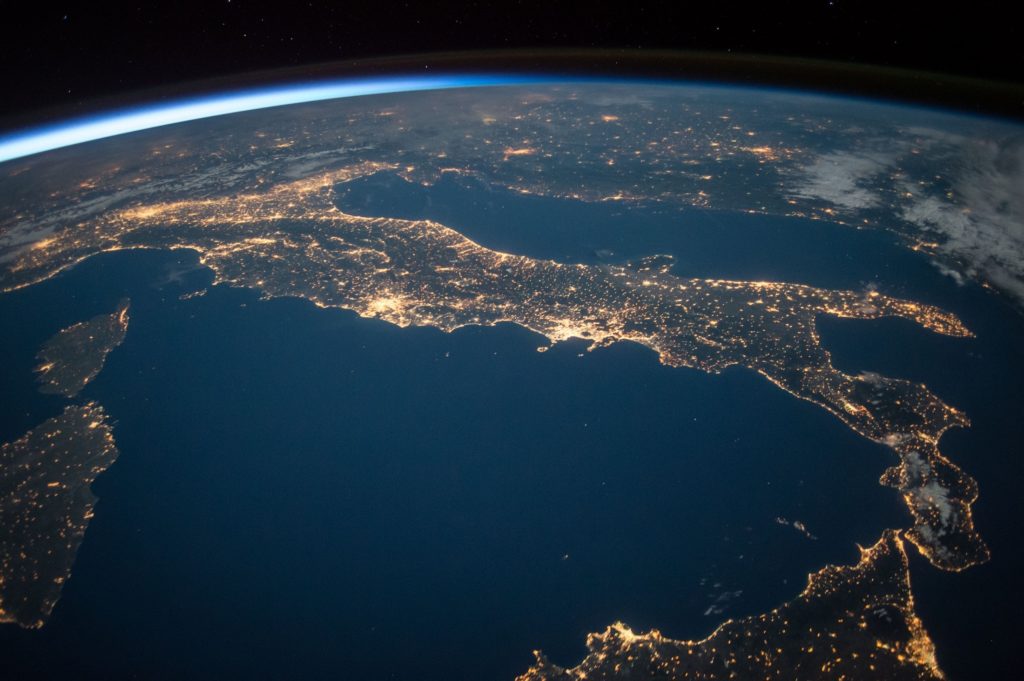 Both the private sector and the major national powers are sharpening their teeth for cosmic riches, and it is to be expected that the competition between them will become increasingly fierce. Concepts of power and profit in space have disturbing similarities to the colonial mentality of European or American powers of the past. If private business starts tearing up the Moon and other celestial bodies without limitation, it risks irreversible changes.

The rush to colonize space also creates a risk high in the Earth’s own atmosphere. Several thousand used satellites orbit the Earth, and its low orbit is strewn with the debris of obsolete spacecraft and other junk. This debris belt also contains detritus from the test firings of anti-satellite weapons. Even a single bolt colliding with a spacecraft could cause severe damage. Unfortunately, there are currently no international regulations to ensure that no one creates new space debris, and the technology needed to dispose of it is still in its infancy.

In 1978, NASA scientist Donald J. Kessler proposed a nightmare scenario in which the density of objects in low-Earth orbit becomes high enough that any collisions between objects will cause a cascade of new debris, taking out further satellites, eventually leading to mass destruction of nearly all the satellite systems in low-earth orbit. This would create such a mess that no spacecraft will be able to leave earth without colliding with a piece of debris.  We are still a long way from such a situation, but with the current pace of space industry development, a lot of things could go wrong—especially taking into account current political tensions between the US, Russia, and China.

Long-distance missions present a further problem. Every litre of water and piece of equipment takes up valuable space onboard, and requires additional fuel to escape Earth’s gravity. Distant expeditions may therefore require the extraction of water from the moon and creating structural components from materials collected on other planets. This seems inevitable, but no one wants such activities to lead to the Moon resembling an abandoned mine, or Mars being littered with old stations, equipment and junk. Moreover, ice and other space materials are mainly fossil resources, and therefore non-renewable.

As mentioned above, the current situation brings to mind the colonial era. The first courageous explorers in the far reaches of space will need their basic needs met—food, water, shelter from cosmic radiation, and fuel to return to Earth—just like those first European explorers, who needed only enough resources to survive. And just like the early European colonizers, those championing space exploration claim to be acting in the common interest of humanity. However, maritime empires monopolized access to raw materials for their elites, leaving behind social divisions and a devastated environment. Will history repeat itself in space in the 21st century?

In the 1960s, even before man stepped on the moon, American, Soviet, and British representatives negotiated the Space Treaty to protect space on behalf of humanity and avoid its militarization. The document states that the exploration and use of space “shall be for the benefit of all nations, irrespective of their stage of economic or scientific development.” It also prohibits the deployment of weapons of mass destruction and the establishment of military bases and maneuvers in space. 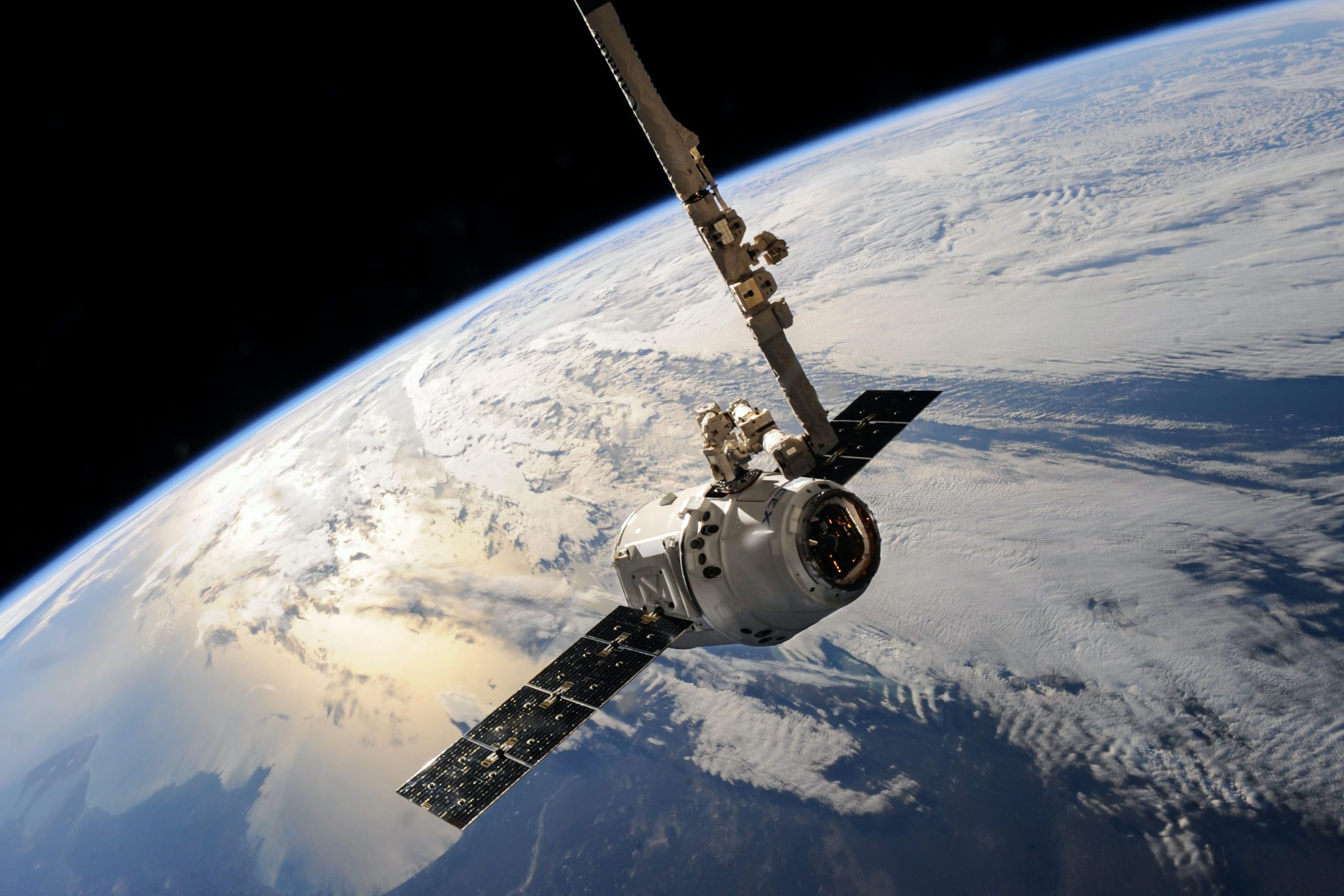 The usefulness of such solutions, despite conflicting interests, can be demonstrated by an important precedent: the regulation of Antarctica. This hostile, ice-covered, uninhabited continent aroused the interest of the superpowers during the last century. But in 1959, twelve countries—including the United States and the Soviet Union—signed the Antarctic Treaty, an agreement that gave primacy to science and environmental protection over commercial and military activities.

Antarctic governance is far from perfect. Some countries dominate the debate about what activities are allowed and what are not, and the text of the treaty provides no penalties for non-compliance. Like everywhere else on Earth, Antarctica suffers from pollution, and private yachts sail there without permission. Yet this 60-year-old treaty, whose negotiators appealed to the spirit of international cooperation, remains in force, and despite the devastation caused by climate change, Antarctica remains essentially what it has been since ancient times. There are no oil rigs, military bases, or whaling infrastructure.

Interestingly Space technologies are the mean that enables remote monitoring of Antarctica and other most inaccessible locations across the globe today. Every activity that violates international treaties would be immediately spotted via Earth Observation satellites. The Russian proverb “Trust, but verify” seems to the showing an important role that Space technologies play in policymaking and international transparency also on the ground.

Unlike space exploration, which is only now becoming a business sector, the Earth Observation industry is vastly regulated. In the United States, telecommunications satellites are regulated by The Federal Communications Commission, which in 2018 approved SpaceX’s request to launch a constellation of 7,518 satellites into orbit. The National Oceanic and Atmospheric Administration (NOAA), in conjunction with US Department of Commerce, regulates the Remote Sensing sector, which only in 2014 allowed providers to sell satellite data on the open market, to a maximum resolution of 25cm. NOAA also regulates all  Earth Observation satellite launches by US companies—which the industry has argued makes it easier to operate satellite companies outside of the US.

In December 2021, Earth observation startup Albedo was granted a NOAA license to sell commercial optical imagery with a resolution of 10 centimetres per pixel (despite the fact that to date they haven’t launched a single satellite). To prevent misuse, under the 2020 NOAA regulations, the Secretary of Defense and Director of National Intelligence can claim imagery collected over a designated area during a finite period of time, and can prevent satellite companies from distributing imagery of the specific area to others.

The Remote Sensing industry seems to be merely the vanguard of a huge development. The rise in satellite micro-imagery—powered by the growth in the number of ground stations enabling the data to be downloaded from orbit to earth quickly and effectively, cloud computing which allows these peta-bytes of data to be made available nearly instantly, and finally, data analytics and infrastructure companies like UP42 – will be transforming various industries over the years to come.

Looking at the evolution of the space industry as a whole, one thought keeps returning to the fore: Space is a common good for all of us, and all of humanity should benefit from Earth Observation and space exploration. This should not depend upon the goodwill of a handful of billionaires or politicians; decisions about any direction of the broad space sector should involve astronomers, Earth scientists, ethics specialists, space law experts, environmentalists, and others.

International agreements should allow commercial activities in well-defined areas, but they must be sustainable, and focus on social justice, environmental protection, labor rights, and fair profit sharing. These are big ‘Space ESG’ (Environmental, Social, and Governance) criteria, but looking at the harm we have done to our own planet makes us all too aware of what we are capable of, as a species—and it should scare us into action.

Huge news for the Synthetic Aperture Radar (SAR) industry: Japan-based satellite startup Synspective has just announced investments totalling $100 million from its Series B funding round. With this latest round, the startup has now raised a total of $200M in financing since 2015.

The SAR industry has the obvious ‘Matthew’ effect more funding; more satellites; cheaper images; more customers. It’s difficult for new players to enter the game because it’s impossible for them to build cheaper satellites or provide cheaper images than the competition unless they have some revolutionary development in terms of technology—or significant financial backing.

As a nation, Japan doesn’t want to lose this game, so domestic backers have a tendency of trying to support their best player. For this Series B round, 14 Japanese investors were involved in the funding. Synspective has so far only launched two satellites, but still, the development speed is extraordinary. According to the 2021 total funding ranking report from For Startups Inc., Synspective is ranked within the top ten largest startups in Japan.

In 2018, when industry leader ICEYE invited Series B financing, they only raised $34 million. The figure was $136million in their Series D round, but it’s plain to see from these figures that Synspective’s growth is much faster than ICEYE’s was at a similar point in the company’s development. But of course, this is not a fair comparison; investors have become much more well-educated about the sector in the intervening five years—which is why they’re betting on what they hope will be the next ICEYE, this time in the eastern hemisphere.