One of the last surviving wonder of the ancient world has been captured by Google team using the famous Google Trekker backpack which allows for capturing places with are not accessible with a car. 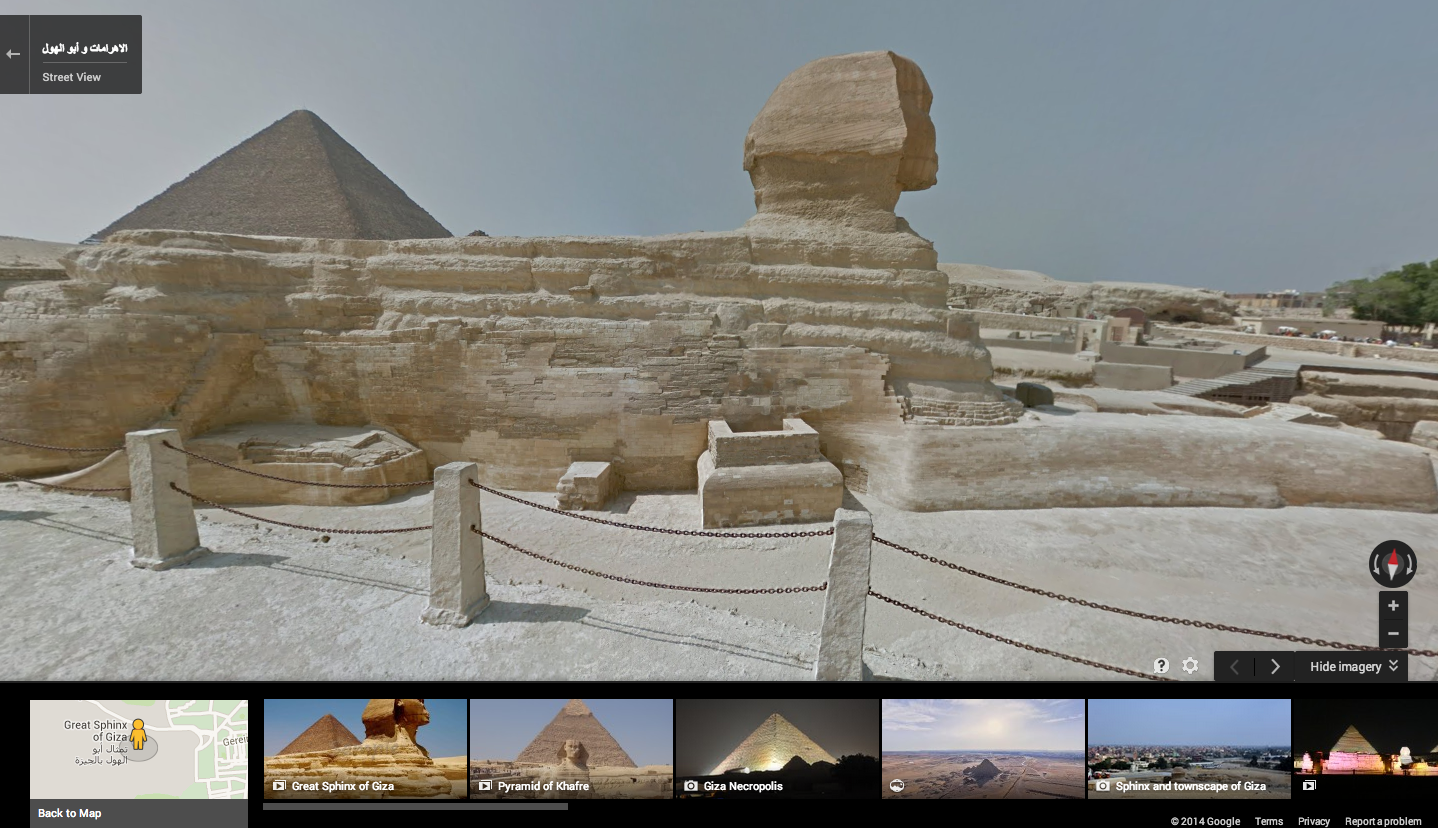 Google Street View team captured the amazing, 139 meter high Great Pyramid in Giza, built 3,800 years ago as a tomb and a symbol of eternity for the Pharaoh Khufu. Next to it you find the pyramids of Khafre and Menkaure, and the famous Great Sphinx. In addition the team captured many other Egyptian attractions including: The Pyramid of Djoser,  Abu Mena, the Hanging Church, the Cairo Citadel.

The launch of the new ancient locations in Google Street View has been honoured with this cool presentation: Pyramids of Giza, which gives facts about pyramids and the capturing process and a video.

Recenty we have reported that Google acquired Jetpac – a start-up which analysis geotagged pic from social media to create unique city guides. Philipp Schmitt – student of Interaction Design from Germany had a different concept on how to use location-based technologies to map human behavior.

He created a custom-built camera flash which he connected to iPhone. Than he wrote an app which queries the Flickr and Panoramio APIs for photos taken at the current geographical position. Whenever there’s a photo available, a flash is triggered. All flashes in a single location are than captured on one long-exposed photography. Each flash on a photo represent exect location where someone took geotagged pic and uoloaded online.

Check out this video to learn more about the project: