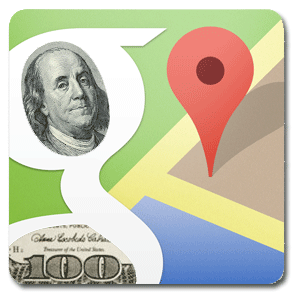 Last week Google started to show ads on Google Maps app (both Android and iOS). We all knew that sooner of later our good friends from Mountain View would come to the conclusion that it’s time to monetize their 1 billion users of mapping service but we didn’t know when.

When a user searches Google Maps, paid content will appear in a small box on the button of the smartphone screen, and the icon on the map will be purple instead of red. The user can tap or swipe to get more details, directions, reviews, and other information about the advertised businesses.

How does it work for businesses?

Taking into consideration number of people who uses Google Maps apps it might be an interesting option for brick and mortar businesses to drive foot traffic to their venues. Traditional AdWords campaigns are great for online businesses or for brand awareness campaigns but their geo-targeting possibilities are rather low. With this tool Google will try to get ad revenues from local businesses who are interested in getting a customer who is two blocks away to their coffee shop and searches for a place to go. 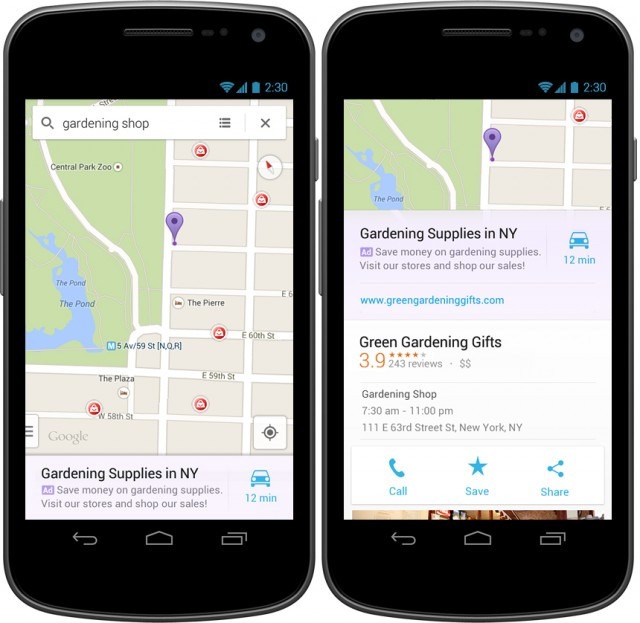 Salahuddin Choudhary, product manager of Google Maps explains how will it looks like in terms of charging advertisers:

When users click on an ad to get location details, they’ll see additional information such as the business’s address, phone number, photos, reviews and more. From here, there are a number of paid and free click actions they can take. Free actions include saving business information for later, sharing a business with a friend, or starting navigation. Aggregated reporting for these free clicks is available in your account. Paid clicks include the initial ‘get location details’ click, get directions, click-to-call and clicks on the ad headline. AdWords will only charge for up to two paid clicks per ad impression. Reporting for these paid clicks can be found by segmenting reports in your account by ‘click type.’

Is it really that bad?

Some people will be mad that Google is polluting one of its best apps but I try to look at it from the general point of view. First of all with the latest app updates Google created the best map and navigation app out there and its available for free! TomTom app for a typical European country costs around €60… Secondly after all it is not annoying enough to drive you away from using the app, especially taking into consideration huge sizes of all flagship Android smartphones (or long screens of new iPhones). Finally Google has a potential and scale to change the way we behave. Google Maps and Earth has revolutionized the location-awareness of whole societies. I believe that Google starting to show ads on maps is the beginning of yet another revolution – Location-Based Marketing revolution… outdoors and indoors…

Mapping startups in Mumbai – Mumbai Made! 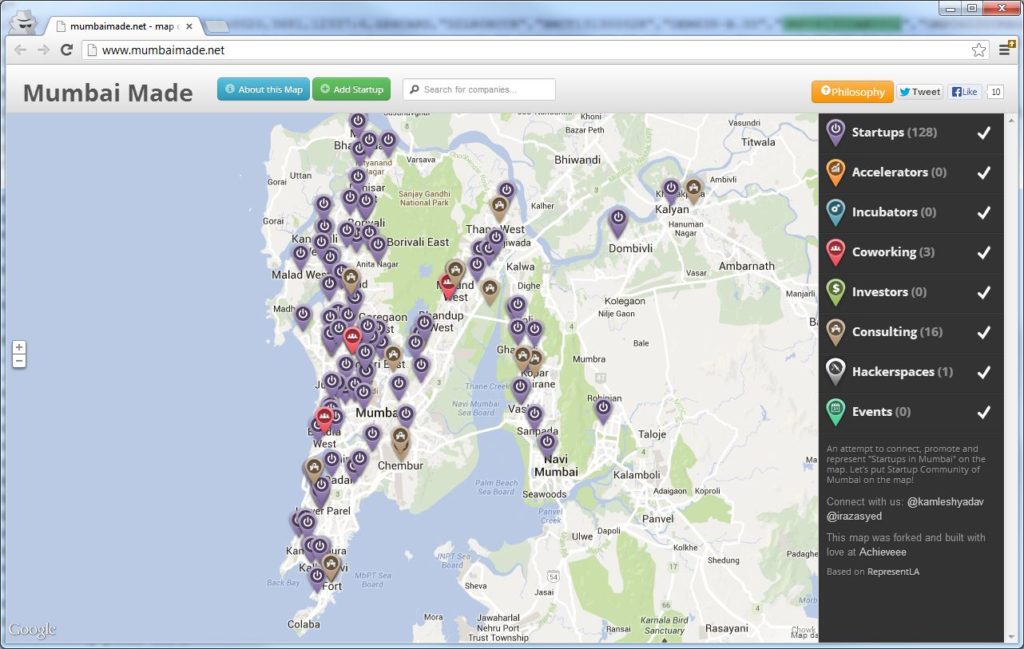 “MumbaiMade is an attempt to create an spatial database of start ups which have toiled, soiled, created, founded & built out of Mumbai (erstwhile Bombay).”

I was wondering why not Bangalore, Chennai or Hyderabad? Why single out Mumbai and they have an answer to that  – they are working on that and are planning to expand to other cities in India! Interested in knowing more about their “Philosophy” – click here . MumbaiMade is an attempt by a bunch Information Technology professionals and Web designers to list the start ups in their favorite cities; an attempt to recognize and accelerate networking between the entrepreneurs and their evangelists and potential employees!

So if you are an entrepreneur in Mumbai or Bangalore – it’s time to get your company geotagged! 😉