To pay or not to pay – Google Maps dilemma 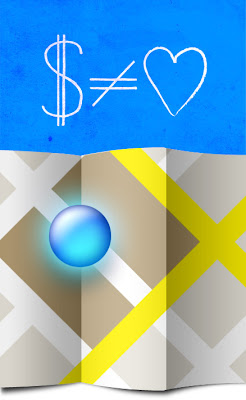 Back in 2010 when we were playing with friends doing some mapping mash-ups, I’ve asked one of them “Why are you using Open Street Maps when you have Google Maps for free?”, and he said “What if one day Google starts charging for its Maps…”, I thought – impossible… until October 2011 when Google announced that starting from January 2012 they will start charging for usage of they’re mapping service.

How much?
Sites were offered Google Maps Premium – a paid for service starting from $10,000 a year, which also offers branded maps and custom uses of Google Maps. If they opt not to pay for this, fees are $4 per 1,000 page loads over the 25,000 per day – or  $10 per Street View load over the 10,000 per day.
‘Google Maps will remain free for most users. Only the top 0.35% of sites will be affected by the new pricing structure if they continue to exceed the usage limit of 25,000 map loads per day’ said Google spokesman Sean Carlson. But James Fee Chief Evangelist for WeoGeo don’t agree with that: “Google says it will affect a very small number of users, but I have heard it will touch 30 or 40 percent of people who really depend on maps for their business. It could cost you tens of thousands of dollars a month.”
Who will gain on this change?
Since this announcement starting from the beginning of 2012 many services ditched Google Maps for other products. This can in fact be good for other mapping solutions providers. According to comScore, Google Maps had 65 million users in February 2012, a 16 percent increase from the year before. MapQuest had 35 million hits, a 13 percent decrease. Microsoft’s Bing Maps came in third with 9 million users, an 18 percent increase. OpenStreetMaps didn’t generate much web traffic, but it seems that it’s going to change soon.
Time to say goodbye! 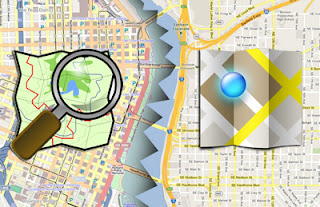 Starting from February 2012 Foursquare said to give up Google Maps and switched to OpenStreetMap. Apple’s iOS version of iPhoto also gave up Google Maps, turned to the OpenStreetMap. In March Wikipedia has dropped Google Maps for OpenStreetMaps as well. The pricing was “significantly higher than I think anyone anticipated,” said Russell Cook founder and CEO of AllTrails – a big social network for outdoors enthusiasts, that partnered with National Geographic Maps and started moving away from Google. In March TripAdvisor quietly switched from Google Maps to Bing Maps, that also charges for using it’s API but probably it managed to undercut Google by a sufficient margin to make it worth changing.

Give a thing, and take a thing, to wear the Devil’s gold ring.
“Deep down I think the developer community knew that at some point the Google APIs they were using would stop being free,” Russell Cook said, “but I don’t think they ever expected the price gouging. My personal opinion is that Google has every right to charge for the services they are providing, but their recent actions have been very short sighted”. In fact Google was one of few mapping services that offered usage if their data for free. It’s not the only service Google charges for – using Google’s office services at a corporate level is already a paid-for service – but it’s among the first times the site has offered something for nothing then gone back.
The Google Maps API product manager, Thor Mitchell, commented on the change: “We understand that the introduction of these limits may be concerning,” he stated. “However, with continued growth in adoption of the Maps API, we need to secure its long-term future by ensuring that even when used by the highest volume for-profit sites, the service remains viable.”
Conclusions

In fact for most of us it doesn’t change much. For regular users Google Maps will be for free. Now Google has a difficult task to inspire a new class of Maps apps whose businesses aren’t dependent on free data, that might be beneficial for the end-user. Meanwhile the competition on the market will surely work for the favor of all of us… and especially for OpenStreetMaps, whose  founder – Steve Coast has recently landed a job at Microsoft, that is already supporting the OSM project with map data and other resources.

#Business
Death by pushpins – Location data and user experience
Muthukumar Kumar 04.18.2022
AWESOME 0 1
#Business
We have analyzed 568 geospatial startups around the world. Here are the conclusions about the market
Hassan Safieddine 05.21.2022
AWESOME 11
#Business
How the EU Space Programme is contributing to the EU Green Deal.
Vanessa Alexakis 07.19.2022
AWESOME 0 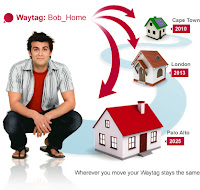 What else can be done with location? There are hundreds of GPS navigation brands and location-based services that are adding value to users based on their geographic position. According to web and mobile standards when we want to find a particular location we need to type in address or geographic coordinates, which might be very inconvenient on the small screen of a mobile device.
!Waytag? What is it all about?
South African start-up !Waytag come across this problem and proposed a simple solution similar to web domain concept. The coordinates of world wide web are IP addresses but in order to do it more user friendly industry introduced domain names, so for that you don’t need to type into your browser for example 173.194.67.147 but www.google.com. !Waytag applies the same concept to geo-location position assigning a user a chosen, unique ‘Waytag’ to a specific coordinates or address creating a permanent location identifier that moves with an end-users wherever they are. The user creates it, names it, updates it, manages it, can delete it and chooses who to share their !waytag with. The idea is that the user is always in complete control of the information associated with their !waytag. Take a look at this video to get a better picture of what !Waytag is:

Good concept but how to use it?

The idea is that your !waytag moves wherever you go. So when you order a pizza you don’t need to give your current address, you just give your updated !waytag and it’s gonna be delivered right where you are. Possibilities especially for e-commerce seems to be endless but will anybody use it? Apparently yes! Over two years the number of !waytags exceeded 17,5 million in 100 countries. It seems that they’ve as well found a way to monetize their idea as just 3 weeks ago they’ve signed a four year agreement with TomTom, to use their map data, POIs and geocoding in 205 countries.
“The location-based service industry is exploding with innovative new applications like Waytag,” said Nuno Campos, Vice President of Sales and Marketing for TomTom Licensing. “TomTom is excited to partner with a location-based services pioneer making it much easier for consumers to share and enjoy services based on their location information.“
Bright future?
Most of us may not have ever considered questioning the usability and efficiency of street addresses or geographic coordinates. !Waytag might change it. To do it they obviously need scale and partners. TomTom  makes them one step closer to the goal but what !Waytag really needs is working API (coming soon) so that their product could be implemented in wide variety of LBS solutions. In my opinion the company, that currently has a staff of six and is funded by the initial shareholders and a few business angels, has no profitable business model and is waiting to be acquired by one of industry leaders like Instagram 2 weeks ago. Nonetheless the idea has a really big potential to became the industry standard.
source:
GPSbusinessnews, Memeburn, TomTom
Read on