The 2030 Agenda for Global Goals had established a set of global priorities like ending poverty and injustice or tackling climate change to shift all countries toward inclusive, sustainable development. Many data oriented and multilevel organizations have stressed the need to include and empower in this process people by disaggregating their needs and issues. These goals demand a Data Revolution, as long as it entails the transformation of paradigms for demographic data collection, its organization and visualization for governments, academia and civil sector in all countries. 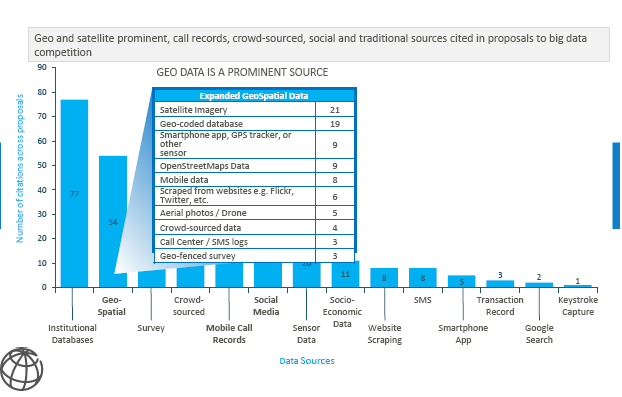 United Nation`s Population Commission has recognized at its 49th session by a Report of the Secretary General (Ref. 1)  that Geo-referencing is a considerable ally for the SDG endeavour because it can integrate diverse datasets with the incorporation of big data in analyses and modelling. Not surprisingly, in recent years Geo Data has been one of the Top Big Data sources for social data scientists, according to the  Big Data Innovation Challenge issued in 2015. This call identified that 54 (Ref. 2) out of 130 proposals from top tier researchers were applying open geo data as a source for Big Data projects. The fourth sourcing method in decreasing importance within this technological frontier sample is a recent trend called crowd sourcing. According to Merriam- Webster dictionary this is a relatively recent concept defined as “the practice of obtaining needed services, ideas, or content (like indeed geo data) by soliciting contributions from a large group of people and especially from the online community rather than from traditional employees or suppliers”. 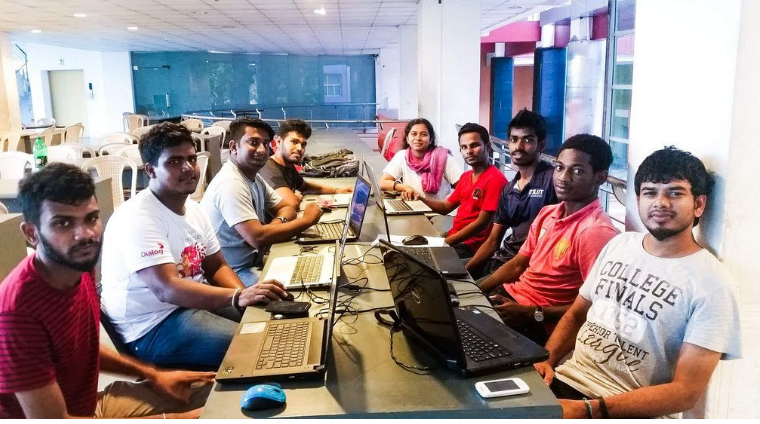 A six-month study  run by University College London staff et al (ref. 3) in 2014 illustrates crowd sourcing geo open data by identifying the use of volunteered geographic information (VGI ref. 4) done by governments in several countries. Focusing on government use of information relating to specific locations, researchers evaluated the process of obtaining information from many sources amongst the general public, regardless of their background and skill level. Findings showed that in those cases where governmental data was lacking, the need for suitable data sets can lead to the initiation of VGI projects as a fairly decent methodology. Technical issues, in this regard, are not the key limiting factor for adoption of crowd sourcing by governments. It is mosly organizational practices, regulations and legal issues such as license conditions that are much more likely to restrict these kind of projects.

If “no one should be left behind” (ref. 5), local territories and its communities should be prioritized for greater scale data collection in order to leverage a more human scale approach to assure equality in the SDG attainability. Not leaving anyone behind should also imply that all relevant actors in society need to be involved somehow in the production of data and that these data should be opened for all not only regarding access but also collection and free use. Geo Open Data is a great vehicle for a higher level integration: it visualizes issues in an easy and comprehensible way for all, it can be easily interoperated and it mainly disaggregates minor scale dimensions for the good of all minorities and excluded.

Furthermore, citizen driven data can increasingly gain adepts for the generation of geo data for the sake of shrinking National Statistic Offices or NSOs worldwide. Following a few experiences, these tools seem to be correlated in the endeavour for a well founded SDG structure. Colombian NSO DANE (ref. 6) is planning to use geospatial data and at the same time asking to business chambers to crowd source databases to calculate jointly SDG indicators. The U.S. Government included in a recent SDG statement the launching of unilateral commitments to “innovate with open geographic data”. Kenya´s government, in turn, is largely focusing on spatial planning and involving citizens in the heart of its strategic process in the addressing of SDGs.

Specifically for the SDG measurement, open geospatial and earth observation data offers a richer value to address Tier 2 and 3 indicators. These technologies can certainly enhance the visualization of SDG significance in a more proficient way. At the same time, the issue of citizen generated data as a method to fill data gaps in the broader SDG framework is being appropriated by multilevel bodies. Brand new forums like the Global Partnership for Sustainable Development Data and other like the Open Government Partnership are considering both open participatory approaches and geospatial data together as a key value, in order to add value and diversity to the 2030 agenda discussion.

This inspiring convergence of people, technology and data calls for action based on a healthy consensus including multilevel and multidisciplinary arrangements around issues such as safeguards to ensure confidentiality in the collection of data and adequate levels of disclosure, considering in all times security and standards to assure quality of the final results. If we adopt this trend, we should be ready to also answer critical questions about whom and how this kind of geo data collection should be supervised by reliable bodies.

In order to humanize the scale of SDGs it is essential to strengthen not only dialogue for consensus but also involve in innovative ways in tiering geo data with grass root organizations to build a bottom up data availability. This purpose can be attained together with a wide variety of well prepared civic tech communities, like the OpenStreetMap OSM ecosystem together with other inspiring socially championing NGOs like Open Knowledge Foundation, Development Gateway and the Open Data Institute, friendly with the civic tech movement. In order to fire the blaze of the grassroots open geo data sparkle, government officers and multi level stakeholder organizations representatives should be involved in a complementary top down approach, leading and supporting wisely. The right human scale can be reached if walking the talk. End of document_.

Say thanks for this article (0)
Javier Carranza Tresoldi
5 posts
Want to be an author?
The community is supported by:

Civil Maps a California startup that creates three-dimensional maps for autonomous cars announced a $6.6 million seed funding round with Ford among investors… and I believe that this startup, although I’ve learnt about its existence only last week, will be one of a few that brings a real value and ROI. Why is that?

Civil Maps – what is that?

Civil Maps created artificial intelligence software that smartly aggregates raw 3D data from LiDAR (high-resolution laser imaging), camera and other sensors onboard vehicles and organizes the information into machine-readable maps. The problem with sensor data is that they can weigh really a lot which makes it difficult and costly to upload it online. Civil Maps technology allows to automatically detect and filter out only relevant data that can be easily transmitted over cellular network enabling the company to crowdsource, update and share road data in a real-time.

Why is it important?

Civil Maps launched a mapping car that drives around the US cities and generates maps. But let’s be honest… Mapping the whole world is a project that requires hundreds of cars. Only huge global companies like Google, Apple, HERE and TomTom can afford to have their mapping cars collecting the data on such a scale. But there is other part of that story. Although Tesla, Toyota and other companies like Bosch announced their efforts in that area, today still no one can make much use of sensor data in terms of processing it into a map.

If so many players are working on it and there is a startup that claims to have it all figured out, I bet that within a couple of months or a few years, once the Civil Maps technology gets more mature, one of the big players will acquire these guys.

Is it a competition for Google, HERE and TomTom?

The last question to be answered is how disruptive is Civil Maps technology? Will it kill the effort of Google, HERE and TomTom to create maps for autonomous cars? Most likely for the next 10-15 years the big players on that market can be safe. Highly accurate and detailed map of the entire road network is a safety layer that no driverless cars manufacturer can ignore. The car needs to know where it goes in a larger perspective and real-time sensor data cannot guarantee it. Making a full map based on sensors only still sounds like a science fiction. On the other hand making sense of that data in order to automatically generate map updates is something that must and will became a reality.