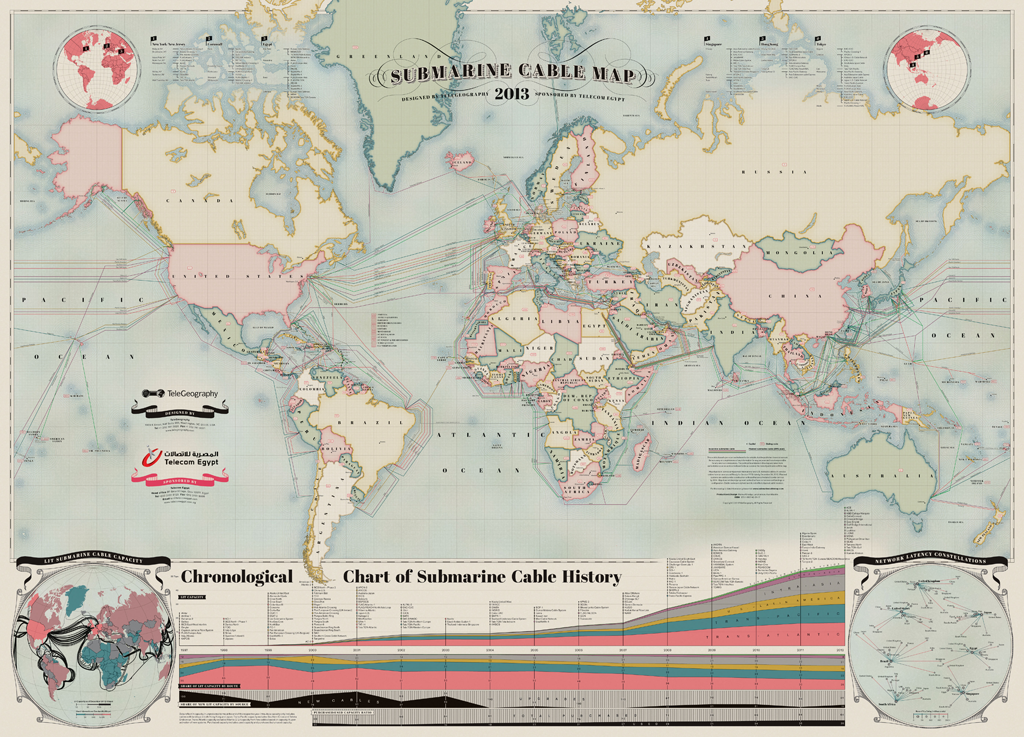 TeleGeography released a 2013 version of its Submarine Cable Map which shows routes of 232 in-service and 12 planned undersea telecommunication cables… and it’s pretty awesome. You can buy a printed version or you can have a look at the interactive one. The maps do not denote capacity, but it shows an interesting connections around the world, which are usually difficult to see.

From the cartographic point of view the map is simply beautiful. The design was clearly inspired by antique maps but there is as well ‘network latency constellations’ part which brings to mind star charts, made by astronomers centuries ago.

It almost a masterpiece, have a look at the graphical details:

Couple of days ago I wrote a post about Google maps of North Korea. Thanks to comments of Soren from microformats.dk I’ve realized that Open Street Maps of North Korea are already there for while as well they are much more detailed. 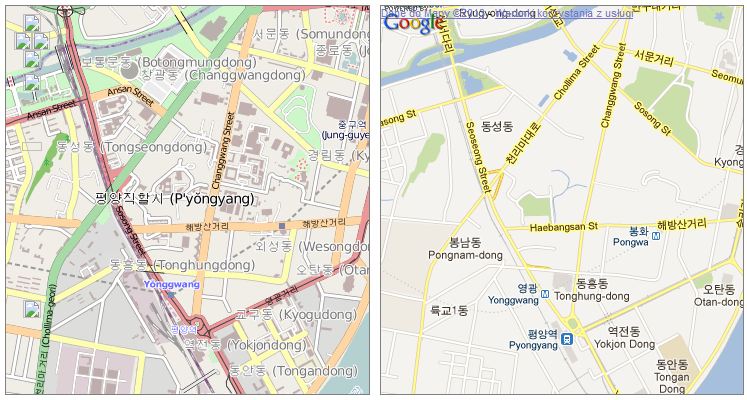 OSM mappers did a really great job creating a detailed map of North Korea! However I would as well state that the role of Google Maps for global spatial awareness is undeniable. It totally changed they way how people think about maps and use maps and the impact of update of North Korea in Google Maps has much bigger consequences for the world and the problem awareness than the same update in OSM. But this is only the matter of scale and I’m very impressed how detailed are OSM maps in Pyongyang.

Soren also introduced me to really awesome tool to compare maps from different services, check it up here.