Fitness gadgets are everywhere. While majority of these awesome wearable tech gadgets are worn on the wrist, Sony has announced the launch of an interesting wearable that is a headphone. Sony’s Smart B-Trainer is a headphone equipped with six sensors – heart rate, accelerometer, GPS, compass, gyroscope, barometer. The all-in-one Smart B-Trainer will be available this fall in USA for $249.00. The device will have 16GB of internal memory and weighs 43g. 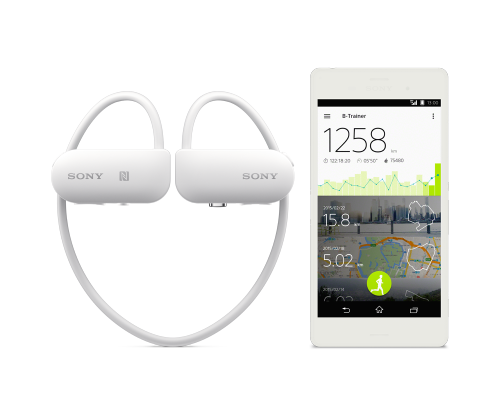 Sony has been in the fitness devices market for a while now and this new device is targeted at “power-users”, since the device has a maximum battery life of 6 hours. There are not many fitness headphones with GPS and other sensors and this might just help Sony. One of the interesting features of the Smart B-Trainer app is the automatic song selection based on your heart rate. Pretty neat. Although its not a novel feature, it would still be interesting to see how well it works. (Smart B-Trainer Specs sheet). 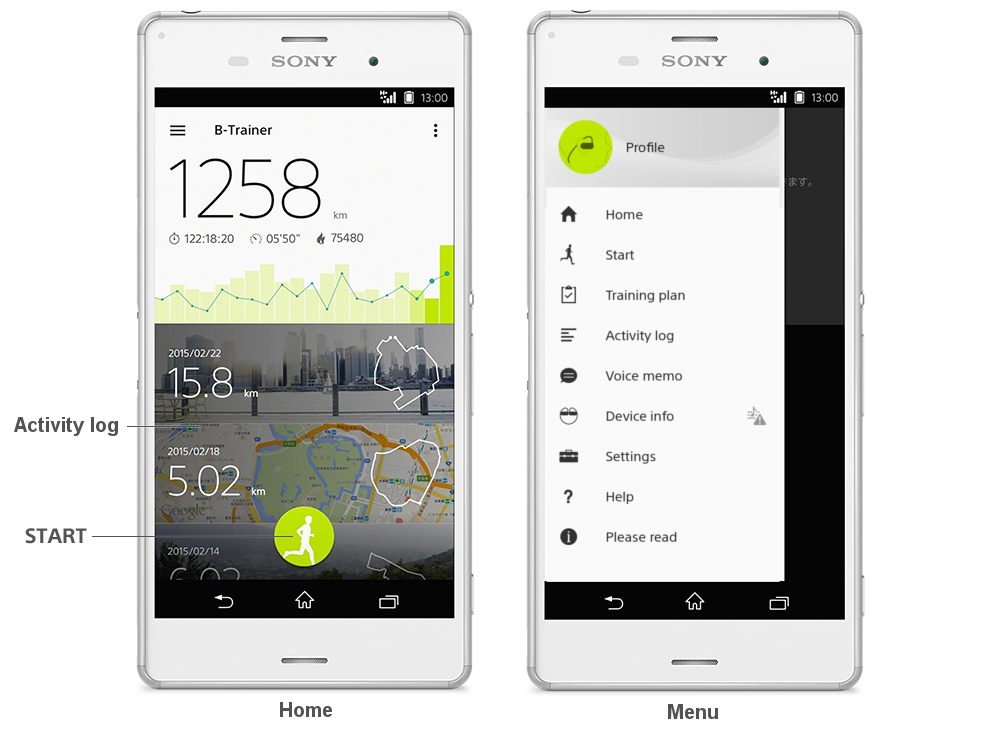 Fitness apps and data are quite valuable, Adidas recently bought runtastic for EUR 220 million. The Fitbit IPO was a great success and the company is now valued at a few billion ($5 billion approximately) and interestingly was one of the few companies that was profitable when it went for the public offering. Apple Watch was primarily marketed as your fitness guru and going by the all the insight articles (Apple Watch sales figures) on the sales figure, it would be safe to assume, more than a million devices were sold. From making the world-famous Walkman series to making Fitness headphones with GPS, Sony has come a long way. Headphone with GPS is a cool idea. Lets see how well it’s received in the market.

Wearable Tech and Fitness gadgets are here to stay. This means the spatial community gets to make cool analysis and visualizations like this Runkeeper map by Mapbox.

Location data and analysis is already being used by everyone and I guess this quote by the CTO of Ubisense, Peter Batty fits my sentiment perfectly

Traditional GIS is a tiny portion of the geospatial ecosystem these days, I really dislike the whole attitude that GIS is this specialized sacred thing, and that you need to be a trained “GIS Professional” to do anything with geospatial data. – Peter Batty to Geohipster

At the end of day, the GIS industry isn’t the only one that is using maps and location data anymore, everyone is and that’s geoawesome!

Runtastic, the company behind a variety of fitness apps, has been acquired by Adidas in a deal worth €220 million ($239 million).

Runtastic is one of the leading run-tracking apps with over 70 million users. The company has been founded in Austria in 2009 and it grew to a company hiring 140 employees, who will now join the much larger Adidas Group of 53,000 staff across the globe.

Runtastic is not only a running app. The startup has launched a ton of hardware, too, including GPS watches and smartphone mounts for bikes, as well as a number of niche apps for building six-packs, working out at home, and even improving your sleep.

Adidas already offers several of its own mobile apps that cross over into Runtastic’s territory, such as the miCoach train & run app and the Adidas Go app that integrates with Spotify to offer music matched to a user’s running pace but the these attempts were never very successful. CEO of Adidas Group, Herbert Hainer commented:

This investment will add considerable value on our journey to deliver new world-class sports experiences. In addition, it offers the opportunity to grow a highly engaged athlete user base and leverage the power of our broad product portfolio.

It’s unclear what Adidas has planned for the company and its apps, but Runtastic will be joining the Adidas teams and building new experiences as part of the brand going forward. What exactly that means for the Runtastic brand and integration with Adidas products remains to be seen. Nonetheless with Runtastic under its wing, Adidas now has a much bigger presence in the market currently overtaken by Nike with its wearables and apps.