New York City is one of the most cosmopolitan cities in the world, where you can hear languages from all around the world. Jill Hubley a Brooklyn-based web developer and designer decided to map this diversity and he created an interesting project that shows languages most frequently spoken at home by New Yorkers. 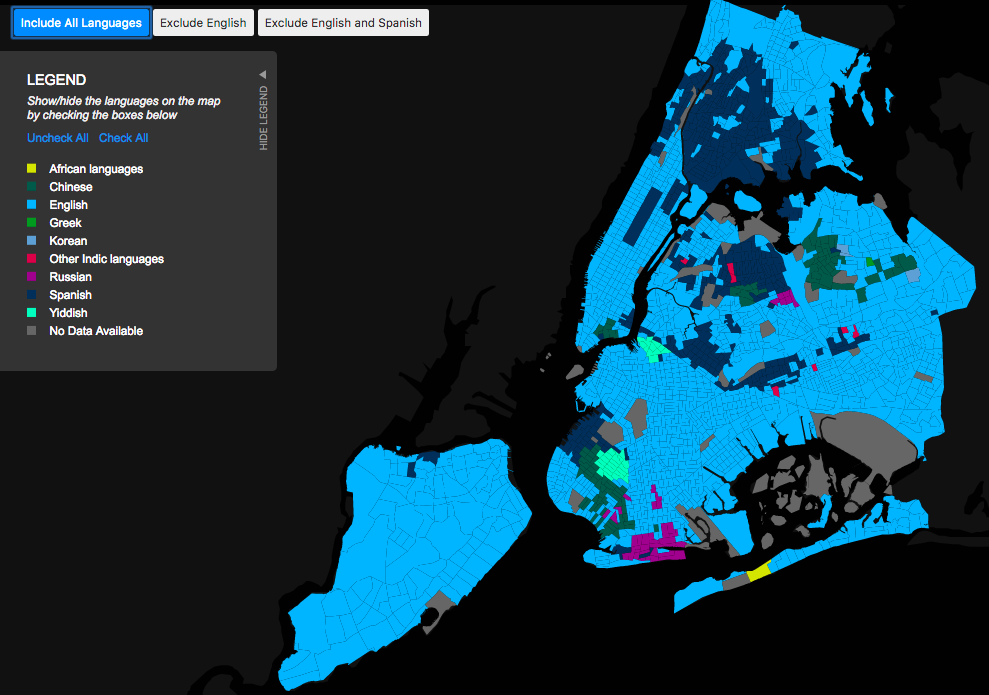 As you might suspect the most frequently spoken language in NYC is English (light blue) with Spanish (dark blue) and Chinese (dark green) being the first one in a couple of neighbourhoods. The fun starts when you exclude English from the list (by pressing a button on the top): 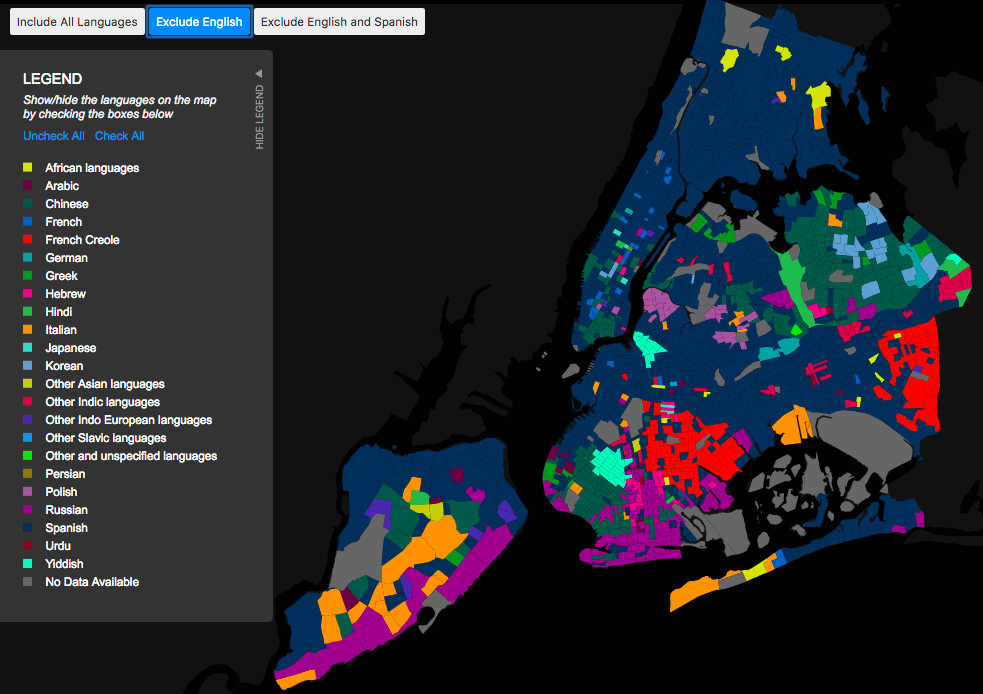 We can see that without English, Spanish and Chinese languages are overtaking the city. Hubley prepared one more scenario with both English and Spanish excluded but the map allows you to play around and switch on and off all the language data layers. 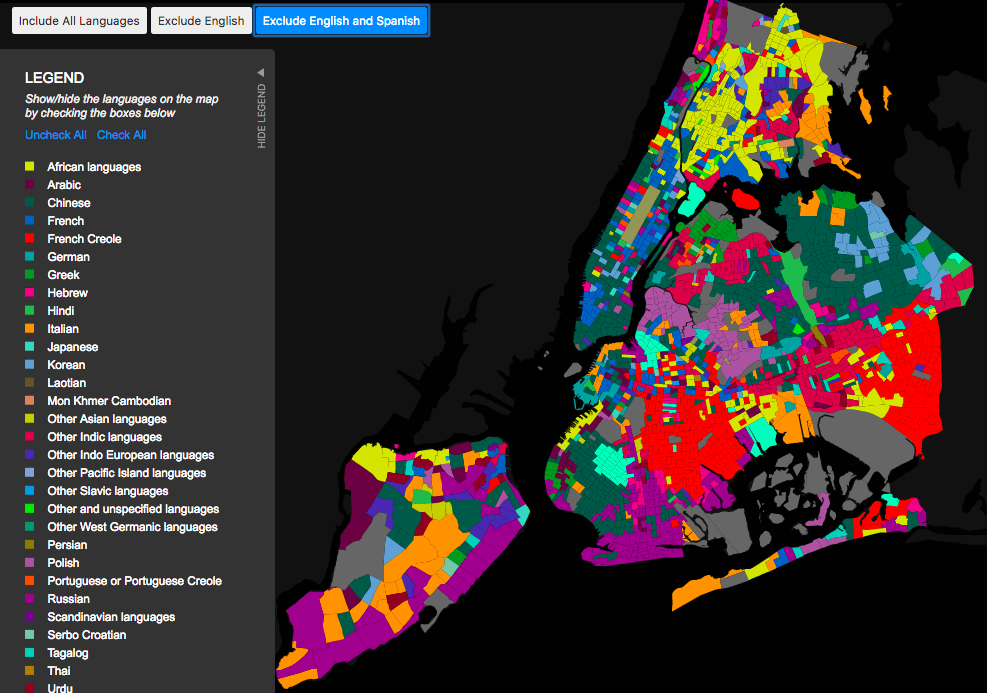 Now you can see how diverse and multicultural the city is! From Russian spoken mainly in Brighton Beach to large areas in Brooklyn where French Creole is the main language.

The project has been initially created for an exhibit at the Queens Museum entitled, “Map Mosaic: From Queens to the World”. Than Hubley decided to expand it to all five NY boroughs and make it interactive.

The map is based on the data coming from the 2014 American Community Survey of the U.S. Census, which asks people if they speak languages other than English at home. It’s built with D3.js and a touch of jQuery.

The map might not be the most beautiful visualization ever but it amazes you and therefore it does a really good job. Cool project!

#Business #Featured #GeoDev #Ideas
Death by pushpins – Location data and user experience
Muthukumar Kumar 04.18.2022
AWESOME 0
#Ideas
Avoidance Mapping: What It Is & Where It Fits in the Cartography Cube
Rose Njambi 06.13.2022
AWESOME 3
#Ideas
Give Me a Standard, Any Standard
Bill Dollins 07.15.2022
AWESOME 1

The developments in the drone industry are so fast that the national and international authorities are struggling to keep up with it. In just a few years it evolved from being a niche hobby to becoming a part of regular aviation operations.

Currently, the drone law in EU is not uniformed with different countries having different standards. Fragmented regulations across the EU states are causing a headache for manufacturers and complicates cross-border cooperation. It makes much more difficult to offer international drone mapping services but more importantly it doesn’t improve the overall sky safety above Europe.

Last week the Transport Committee of the European Parliament adopted the new common rules in the field of civil aviation, which means that a mandate was given during the vote to enter into negotiations with European Council. Although it sounds like a lot of bureaucracy (welcome to EU!) in fact it’s the first step towards getting it implemented across the continent. The idea is to specify basic safety and privacy rules for civil drones weighing less than 150kg as well as mandatory registration of drones that weigh more 250 grams.

Romanian EU Parliament member Marian-Jean Marinescu, responsible for steering the new rules through Parliament, explained after the committee vote why new legislation was needed: “Drones are more and more visible in our daily lives. They create all kinds of new opportunities for people and businesses. However, it also means that accidents can happen or drones can be used to cause harm. We are therefore strongly in favour of new rules that make registration mandatory above 250 grams and that requires operations to have the necessary skills to fly a drone in public spaces. This will not affect the vast majority of the ‘toy’ drones that people use now.”

The announcement came out with this handy infographic: