Road traffic accidents claim more than 1.3 million lives annually. Another 50 million are left injured on the road every year. 93 percent of these fatalities occur in low- and middle-income countries – the same nations that are home to around 60 percent of the world’s vehicles. Road safety is an issue we need to get serious about, pronto. And the Humanitarian OpenStreetMap Team (HOT) and geospatial startup Mapillary’s newest #map2020 campaign aims to help us do just that. 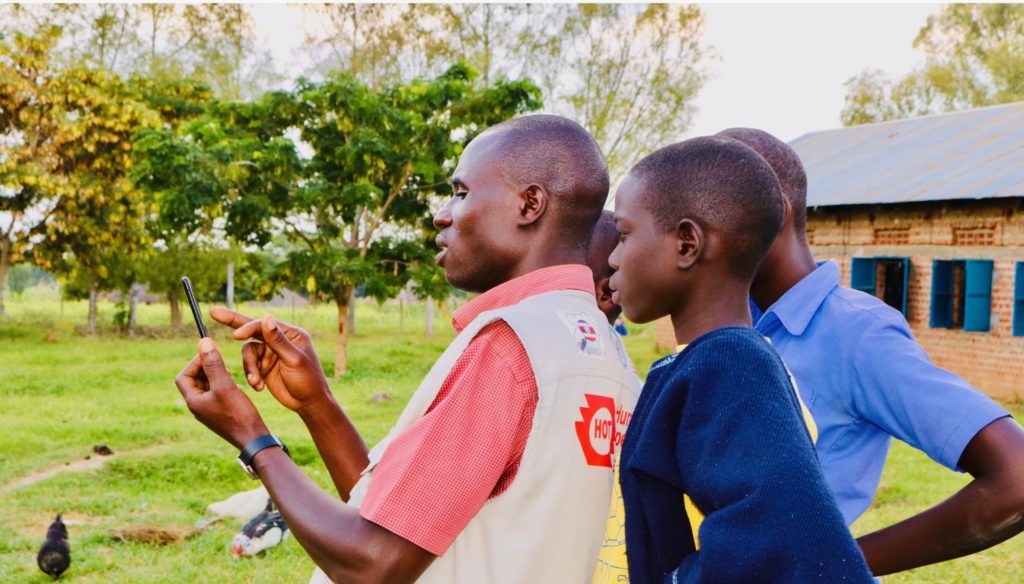 Launched to rally local mappers to capture street-level images of street attributes that affect navigation, such as speed limits, turn restrictions, and road damage, this is the second #map2020 campaign by HOT and Mapillary, a street-level imagery platform that scales and automates mapping.

Interestingly, the name 2020 comes from the area between 20ºN and 20ºS of the equator which accounts for a significant portion of the land where OpenStreetMap, the basemap that powers mapping applications all over the world, lacks details.

“Broken maps are a big humanitarian and developmental issue, and this is particularly evident when it comes to something as basic as being able to get from A to B,” says Ed Neerhut, Strategic Partnerships Manager at Mapillary. “Maps are only as good as the data that is used to make them, so if the data is outdated or flawed, maps will suggest routes that are inefficient, unsafe, or just outright wrong. This has a detrimental impact on everything from economic growth to people’s safety.”

Indeed, efficient transportation services are universally accepted as key drivers of economic growth. And yet, safe, affordable, accessible, and sustainable transport systems are found wanting exactly in those nations that need them the most. Through the #map2020 campaign, local mapping groups will capture street-level imagery of their cities and towns, which will then be used to edit and improve OpenStreetMap. The representatives of the most successful projects will be awarded a fully-funded trip to HOT Summit in Cape Town in July 2020.

Rebecca Firth, Director of Community and Partnerships at HOT, explains, “HOT’s focus is to make map data available where it currently isn’t. We always try to hone in on areas where it’s needed the most, whether it’s directly after natural disasters or, like in this case, to improve navigation in places that can support humanitarian response and long-term development. There’s no better way of doing this than working with local communities on the ground who know these problems and the impact of them better than anyone else, so we’re very excited to see the projects that will come out of #map2020.”

The campaign and call for projects are being launched today, March 10, and will remain open until March 20. The image capturing and map editing is scheduled to take place between March 20 and April 12. The winners of the campaign will be announced on April 30. To know more or to submit a mapping project, click here.

What is authoritative geospatial data?

National mapping and cadastral agencies (NMCAs) routinely claim that their geospatial data is ‘authoritative’ or that it has been created from authoritative sources. The term certainly has an impressive ring to it. But what does it actually mean?

In the geospatial context, the term authoritative geospatial data can be traced back to land surveyors. They define authoritative as data that contains a surveyor’s professional stamp and that can be used for purposes such as engineering design, determination of property boundaries, and permit applications. In essence, the term carries a certification of positional accuracy.

For decades, government organizations have been recognized as the official source of geographic information. And being able to label their information as authoritative is important for these agencies not only because users give such information greater credit but also because it helps secure government investment to ensure that the data they are providing is updated, supported, and used by public services.

However, in today’s world, there are a number of geospatial data, information, and service producers/providers that are serving different needs and purposes of both private and publicly oriented users. These new data, information, and service producers/providers hail from the public, private, and not-for-profit sectors alike. So, to maintain their status as the providers of authoritative geospatial data, what are some of the characteristics that NMCAs must focus on?

To find out, not-for-profit geospatial data advocacy organizations European Spatial Data Research (EuroSDR) and EuroGeographics, along with Dutch research university KU Leuven, talked to researchers and practitioners in NMCAs across Europe. From the discussions, numerous characteristics of authoritative data emerged, including:

Accordingly, EuroGeographics has proposed this working definition of authoritative geospatial data: “Authoritative data is data provided by or on behalf of a public body (authority) which has an official mandate to provide it, that is based on a set of known criteria to ensure (inter alia) high data quality, and that is required to be used or aimed towards extensive use and reuse within the public sector and society as a whole.”

What are your views? Do you think there is a need for organizations within the public sector to take up a central role in the governance of authoritative geospatial data?