One of the most awesome things about Israeli crowdsourced navigation company Waze, which Google acquired in 2013, is that it allows drivers to log real-time incidents into its feed directly. Be it an accident, or a road closure because of construction work, or a speed trap set up by the police – Waze helps you help others with handy nuggets of information.

We are yet to see this level of usefulness in Google Maps, but looks like Google might be doing something in that department. According to Android Police, some Google Maps users are receiving prompts for the confirmation of road closures and construction work. Looks something like this: 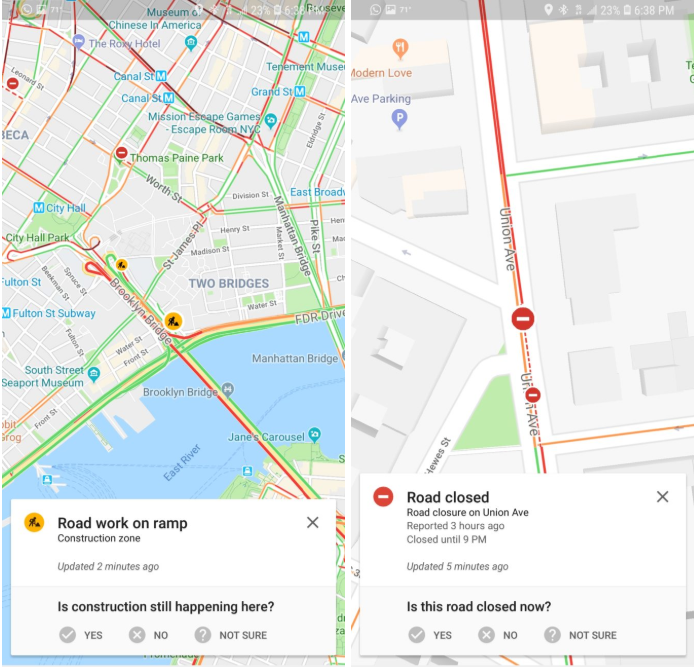 So, you can see details of the incident, along with the time it was reported at, and you are given a prompt to verify the accuracy of the information.

It’s yet not clear whether users will be able to report an incident themselves conveniently, because right now, the procedure is quite lengthy. You have to dig deep into the ‘Help & Feedback’ section to report an error on the map and there is simply no provision to communicate temporary incidents, like a road allowing only one-way traffic because of a public event.

So, it’s good that Google is enabling some sort of real-time crowdsourced reporting that would allow Google Maps to suggest alternate routes proactively and save a lot of time and hassle for its loyalists – especially at a time when other players like Apple Maps are working to overhaul their offerings from the ground up.

Facebook is hiring OSM experts for its Maps team 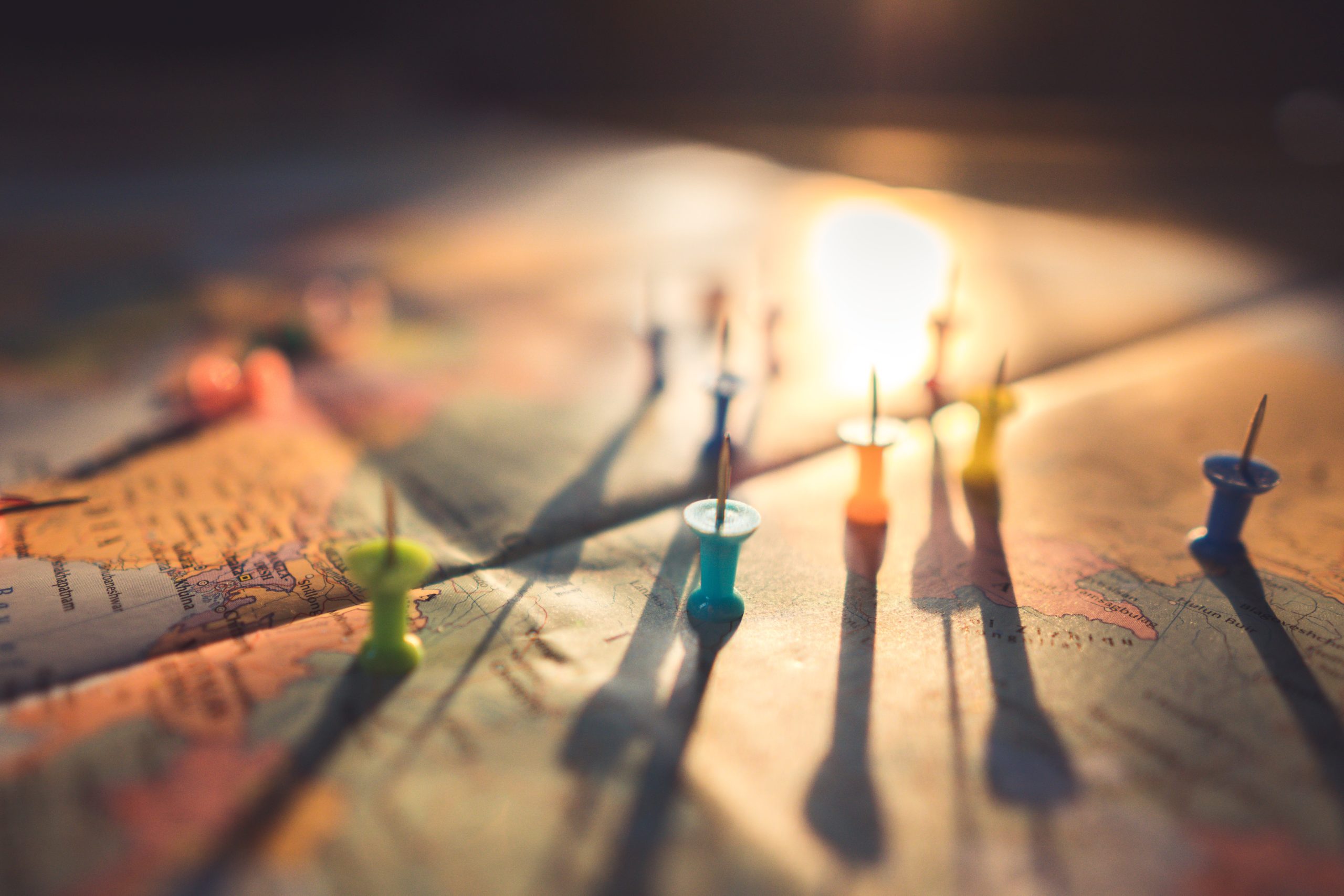 Facebook is looking for two GIS industry experts for full-time contractual positions based out of its California, US headquarters. The social media giant wants to hire a Map Editor and a Maps Quality Analyst, who would be working with its Maps and Spatial Computing teams, respectively.

The basic responsibilities include editing and validating crowdsourced OpenStreetMap (OSM) data and communicating its detailed analyses to support decision making. As you may be aware, OSM is a collaborative project to create a free editable map of the world. Which is why, the ideal candidate needs to have a formal education in GIS or geography. And if you have an experience with OSM and its editing tools, that would get you extra brownie points.

Also read: Why would you use OpenStreetMap if there is Google Maps?

If you are interested in giving these vacancies a shot, you can check out the detailed requirements and apply for the Map Editor position here and Maps Quality Analyst here.

The last few years have seen Facebook ramp up its work with maps. It has already created a super-detailed Population Density Map in attempt to deliver internet facilities to rural areas and developing countries. Facebook has also been working with non-profit organizations like UNICEF, the International Federation of the Red Cross and Red Crescent Societies, and the World Food Programme to help them locate those in need with its Disaster Maps.

Of course, not all of Facebook’s mapping initiatives are humanitarian in nature. Tracking people’s location for advertising purposes makes up a major part of Facebook’s revenue stream. These open positions, however, do not seem to have a commercial focus.