The concept of having small satellites launched into orbit as a constellation of earth imaging satellites is swiftly changing the game.

Some smart startup coys are promising to shake up the field of earth imaging by the concept of satellite swarms orbiting the earth and sending imageries of any part of the earth in the nearest real time.

These satellites can afford imageries with very high resolutions,between 3 to 5 meters. Real-time change detection and tracking of  lots environmental phenomena including traffic jams are possible with this technology.

Planet Lab aims to provide frequent snapshots of the planet, allowing users to track changes from traffic jams to deforestation in the nearest real time.

Planet Labs,  hopes to achieve this using  the 3U Cubesats technology  of about 28 mini-satellites.

Planet Labs’ fleet should be able to take more frequent snapshots of the globe. The exact frequency has yet to be decided, but “it is going to be something the industry doesn’t have today,” says company cofounder Robbie Schingler, a former chief of staff for NASA’s Office of the Chief Technologist.

The satellites will send their images to at least three ground stations—two in the U.S. and one in the U.K. The data will be processed and uploaded for use by customers almost immediately.

Planet Labs are not the only guys working on this Satellite swarms, Skybox Imaging is also making giant strides with this concept.

Skybox Imaging aims to launch at least 24 satellites that will be able to take high-definition video of any spot on Earth and capture details just one meter across. Each of its satellites should cost about a 10th as much as a traditional ones, but are significantly larger than the Planet Labs 3U CubeSats.

The EDSN mission will form a swarm of eight identical cubesats, each cross-linked to monitor space weather. It will be launched from Kauai, Hawaii in 2014. TJCubeSat, the first satellite designed and built by high school students, was launched by Orbital in November.

On November 19, an Orbital Sciences Minotaur I rocket placed 29 satellites and two attached payloads into orbit, breaking a record which had previously been held by a Russian Dnepr rocket since 2007. Less than thirty hours later, a Dnepr carried UAE’s DubaiSat-2, an Earth observation satellite about the size of a compact car, and thirty one other satellites settinganother new record for the most payloads. Among them was SkySat 1, the first of 24 satellites planned by Skybox. An NRO mission on Dec 6 launched 12 QubeSats, including TacSat-6, a 3U communications satellite.

A CubeSat with a 2048 by 1536 pixel camera (3.1 Megapixels) produces ground resolution of 20 to 35 meters. Most modern smartphones have triple that resolution.ARGUS-IS uses hundreds of cellphone cameras in a mosaic to auto-track moving objects in a wide area. Pocket Qubes are the smallest and cheapest satellites.PocketQube satellites are 5cm cubes, developed by small spacecraft pioneer Bob Twiggs. PocketQube satellites have used Kickstarter crowdsourced funding. Four PocketQubes were launched aboard the Dnepr in November. Jonathan’s Space Report lists the 90 payloads launched just in the past month, most of them very small.

The CubeSat Bus utilizes the same connectors as thePC/104 bus, which is also used in many UAVs. PocketQubes may fit inside smaller UAVs. Meanwhile, Inmarsat launched one the largest telecom satellites ever built last week. Inmarsat’s Global Xpress is the first of a new family of three satellites. Inmarsat-5, F-1 was successfully launched Dec 8 by ILS.

The $1.6 billion program is operated by theglobal satellite company based in Britain. The three satellites each have 89 Ka-band beams and consume 15kW of power.

Global Xpress, the “world’s first worldwide Ka-band mobile satellite system”, will unfurl its solar panels and antennas by the end of December and take up operations at 63 degrees east next year. Two more Global Xpress craft will join it before the end of 2014. Inmarsat’s three principal sectors include maritime, land/mobile, and aviation. In 2011 aviation made up only 14% of Inmarsat’s revenue but aviation has recently outstripped growth of the other sectors by a factor of over 5.

High Throughput Satellites (HTS) are bringing massive increases in bandwidth to orbit. Over twenty new HTS and Ka-band satellites are in construction, each carrying from 10 to 100 times the capacity of today’s conventional C– and Ku-Band systems. Northern Sky Research (NSR) counts 17 high-throughput satellites, most of them using Ka-band, already in orbit, with another 30 satellites scheduled for launch by 2022.

GPS and LightSquared: GNSS Spectrum Allocation and its implications

The LightSquared/GPS Controversy has been dominating the news front in the recent years and although the US government has “conditional” banned the LightSquared allocation, the company has challenged it and The recent U.S governmental accountability report regarding it is a good indication of just how complicated the issue is (read more). The issue opens up an important discussion regarding current GNSS spectrum allocations and the proposals to utilise part of the S-band for GNSS operations in the future.

What is the controversy all about?

Simply put, a company called LightSquared wants to use part of the L-band spectrum that is close to the GPS operating frequency which results in interference with the GPS signals or at least many experts and GPS companies believe that it will cause severe interference that will potentially lead to no GPS service. There is even a coalition of GPS companies in this regard – SaveOurGPS. There are of course several studies and white papers that have been published to substantiate the claims against the LightSquared Allocation and personally I agree with the interference concerns that have been raised.

All the current GNSS Positioning constellation operate in the L-band spectrum. The L-band of the RF spectrum is “prime and pristine” property to put it in real estate terms; a very favourable portion of the Radio Frequency Spectrum. It makes Satellite transmissions much simpler with respect to electronics and power requirements when compared to other RFs. Naturally when there is a proposal to “alter” the equilibrium by allocating frequencies close to the current GNSS allocation, the GNSS community is going to raise an alarm. 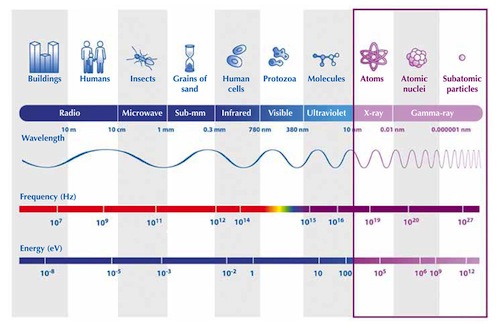 Today, we have satellites operating in a wide range of the EM spectrum from Radio Wavelengths (GNSS, etc) to Gamma Ray (Satellite Telescopic Missions). We know the benefits of having multiple frequencies in GNSS with respect to accuracy, availability and PNT applications so it is only natural that the GNSS community wants to expand its footprint. Here is an interesting article on GNSS signals in S-Band. The RF spectrum is crowded with many applications and technologies requiring the spectrum to transmit and receive signals.

At this point, a proposal to utilize the S-Band spectrum for GNSS operations is going to trigger reactions from private players that may possibly like to utilize the same band (or nearby band) that GNSS intends to use in future and going by the Lightsquared incident there is going to be a lot of criticism and lobbying if GNSS again plays the interference card to thwart such plans by commercial players.

Besides the commercial angle, we need to remember that this involves many modifications in signal generation, transmission and reception. The higher the frequency, the more power we need to generate the signals so if we just move the GNSS spectrum from L-band (1-2 GHz) to S-band (2-4 GHz) we end up doubling the power requirements of the satellites; something that is not very desirable.  This is coupled with the complex electronics that is needed to generate the high frequency signals and of course the changes that are required with the design of the GNSS receivers.

GPS Modernization and the Future of GNSS

With GPS getting modernized with additional L-band signals (L2C, L5 and L1C) all of which are civilian in nature, it would be interesting to see how the proposal for Sband is presented. However at the same time, it is very important that GPS and other GNSS constellations make complete use of the allocated L-Band spectrum and also try come up with solutions to mitigate the effects of interference with RF allocations that are closer to the GNSS spectrum. RF is a finite resource and it is natural that commercial interests are constantly pushing the governments to let them use a particular frequency that is currently not being used; this lobbying is not going to stop in the coming years as well. So it would be wiser for the GNSS receiver industry to work with the GNSS Service Provider i.e. the Governments to try and develop technologies that mitigate the interference.

In my view, it makes sense to undertake further research to fully understand the benefits and challenges in using S-Band for GNSS operations. What do you guys think?