Lunar Mission One: Crowdfunding a Lunar mission through Kickstarter

Earlier today, a group of British scientists announced the launch of a KickStarter project “Lunar Mission One“, a £600,000 mission to Moon and in case you are wondering, they already crossed £195,000 for their ambitious Lunar mission (up from £177,209 which was like 30 minutes ago). On a side note, Mars One, the other crowd-funded space mission has collected USD 633,440 in total as of September 2014 (Reference: Mars One Website), but they have a total different revenue model. 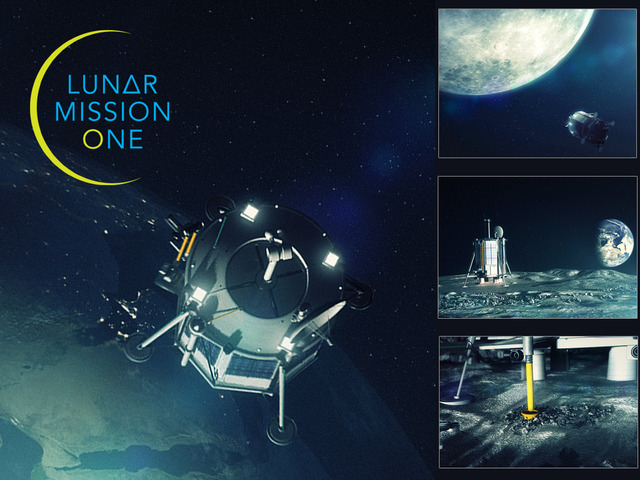 Just few days ago, Humankind landed a probe on the surface of the comet 67P, some hundreds of millions of kilometers away from Earth. It is a feat that can only be described with the use of superlative adjectives and even then, it would be impossible to fully understand the impact it would have on Science; on our understanding of the universe and perhaps the most intriguing question of them all “Did comets seed life on Earth?”.

And today, we have a KickStarter campaign “Lunar Mission One” that is arguably the most ambitious crowd-funded project ever and it has already crossed £190,000! What a week it has been/is for Space exploration!

It is an unmanned mission to the South pole of the Moon. Polar regions of the Moon have not been unexplored by previous missions that will measure the local environmental conditions on and above the lunar surface, besides analyzing the composition of the Lunar dust. These are not the exciting scientific mission objectives. The mission includes a robotic landing module that will drill down to a depth of at least 20 meters, which is 10 times deeper than has ever been drilled before on the lunar surface. The drilling might potential go as deep as 100 meters!

By drilling this deep, we can analyze lunar rocks dating back up to 4.5 billion years, thereby helping us discover the geological composition of the Moon and help further the understanding of our solar system and the formation of our Blue dot (Earth) & the Moon. I must admit Geology never sounded more cool! Maybe they should call this Space geology 😉 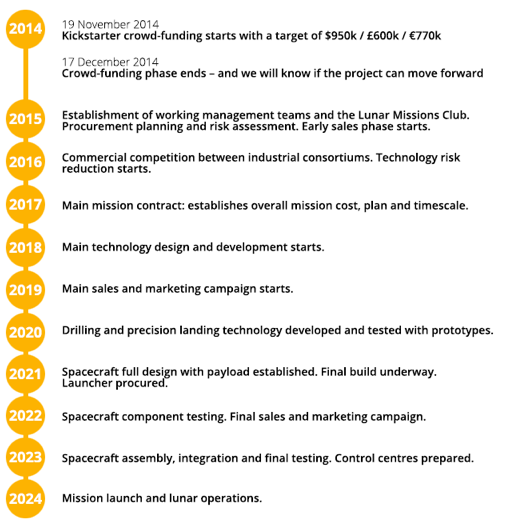 Of course, no KickStarter campaign is complete without “goodies” that makes everyone want to invest in the project. Lunar Mission One takes this to all new level or to be more precise to an all new depth on the lunar surface! By pledging £60 (or higher), you get to reserve a digital memory box that can contain whatever digital information you wish to bury deep inside the surface of the Moon! For £5000, you get to witness the lunar lander from the viewing gallery in the mission control room!

Excited already? Get ready to reserve your place in Space! Here’s the KickStarter link

NASA has released a new map of every single asteroid that entered Earth’s atmosphere from 1994 to 2013. It reveals that small asteroids frequently enter and disintegrate in the Earth’s atmosphere with random distribution around the globe.  Almost all of these 556 asteroids were harmless but still big enough to be detected. Most of them resulted in fireball (or bolide), being burned by our atmosphere but there are several exceptions including the Chelyabinsk event last year which was the largest asteroid to hit Earth in this period.

The data has been gathered by NASA’s Near Earth Objects (NEO) Program which was held to better estimate the distribution of the sizes of NEOs including larger ones that could pose a danger to Earth. Finding and characterizing hazardous asteroids to protect our home planet is a high priority for NASA. What I find striking is that the map shows how common asteroids strike our planet in a random but quite homogenous way. Conclusion… there is nowhere to hide.