Football is probably the most popular sport in the world and is some countries it is even considered as a “religion” . It’s only naturally that Football clubs around the world and especially in the cash rich English Premier League want the latest gadgets that are available in the market to ensure they have a competitive advantage over their rivals. One of the biggest concern for any club is the fitness of the players. Are they running as much as they can, what is their heartbeat rate, etc., are things that any coach would love to have on his/her desk to evaluate player performance and fitness.

GPS/GNSS has been used in a lot of industries ranging from precision agriculture to measuring hurricane wind speeds. With the advent of multi-sensor systems in sports, it is time for Global Positioning on the football field! One such Multi-sensor system that is being widely used by some of the biggest and well-known clubs in England happens to be STATSports Technologies Viper system, a multi-sensor Sports Performance monitoring tool. 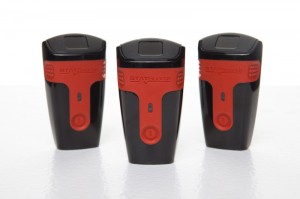 The Viper unit or Viper Pod as it is called, is essentially a GPS system that collects a multitude of statistics regarding player speed, distance covered, acceleration, deceleration and dynamic stress loads. The Pod contains a long list of other components as well. The list includes a 3 dimensional accelerometer , a 3 dimensional gyroscope,  a 3 dimensional digital compass, a long range radio and a heart rate receiver. As you aware of, the accelerometer helps gather statistics regarding speed and direction of acceleration, the gyroscope regarding orientation and balance while the radio is the main communication channel.

It’s a remarkable machine considering that it’s weight is equal to that of 2 AA batteries and the parameters are calculated over 100 times per second. Mind boggling numbers.. Let me do the math, that is 6000 entries in a minute and 5.4 million entries in a 90 minute game!  The system can be utilized in a million ways and provides valuable insights which can be used by a manager to pull out a player if he’s not playing properly. Besides the obvious implementation in setting workload and goals. 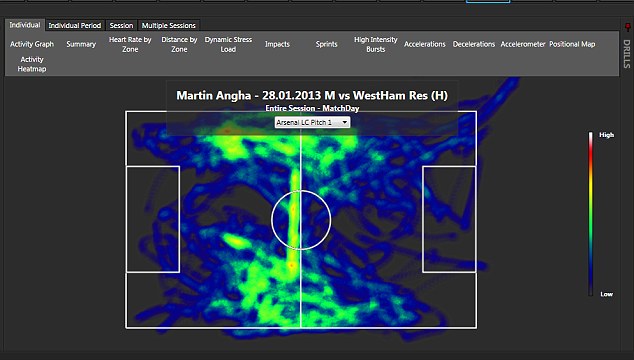 What’s amazing in this system is the size of this viper unit and its ability to utilize GPS in such accurate manner. The smallest GPS card that I have seen is half the size of a visiting card. That’s really really small for a high precision GPS card. By the look of it, the Viper Unit looks about that size, besides containing the other sensors and communication channel. It’s like a low weight smartphone with GPS enabled in it. I wonder if we can get the GPS accuracy plotted and see if it compares to the commercial high precision GPS cards!

There is another Sport where I heard that GPS units were being used as a pilot projects – Horse racing. I heard that the GPS units were strapped to the race horses during training to analyze whether or not a particular horse is a marathon runner or a sprinter besides evaluating which horse should race on that day.

GPS is slowing expanding its footprint in new and novel applications. The smaller the units get, the more applications and ideas that evolve! The GPS gadget in football is an example of that evolution! (Read more: The role of Wearable Tech and Internet of Things in Geomedicine).

Whether you call it a Hurricane or Typhoon or Cyclone depends on your geographic location. GPS/GNSS can pinpoint your location with sub-meter level accuracy anywhere on the surface of this planet (well, almost.. it doesn’t work so well near the poles). These are known facts, the question is can GPS help measure the wind velocity of hurricanes in a better and cost effective fashion than the current methods?

An article titled “The use of reflected gps signals to retrieve ocean surface wind speeds in tropical cyclones” published by a group of scientists working for NOAA and NASA explains how GPS signals can be used to measure wind velocity.

GPS satellites beam signals in the 1500 MHz range, these radio waves carry information regarding the ephemeris and almanac information of the satellites along with a time stamp that help compute the position of the receiver. These radio waves also get reflected off the surface of buildings, earth surface, water, etc. In the GPS industry, these reflections are called Multipath and the GPS antennas used by the receivers are designed to eliminate multipath signals. 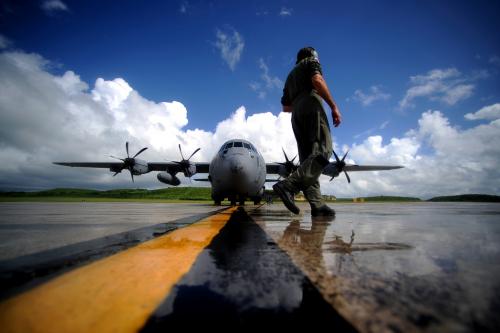 However, these distorted signals have another purpose – Helping measure the wind velocity! So basically, a GPS receiver onboard the aircraft used by NOAA and NASA – the HURRICANE HUNTERS (What a name for a scientific experiment!!) receive both the good signals i.e. directly from the GPS satellite and the distorted signal from the surface below i.e. the ocean where the hurricane has formed. A computer then compares these signals and calculates the approximate wind speed with accuracy better than 5 meters per second. For the record, a Category 3 Hurricane has a wind velocity of about 55 meters per second!

Currently Hurricane Wind Speeds are being measured using a $750 equipment called Dropsondes. Dropsondes provide 10 times more precise wind speed measurements than the new method that utilizes GPS signals. But, since the dropsondes are so expensive, their releases are spread out around and in storms which means the data is not continuous and needs to be extrapolated. This means that both techniques will have to be used together atleast for the time being.

Well, I was wondering why not use other Satellite Signals that are more powerful than the GPS. Actually the researchers are planning to do that in the future. They are looking at recording the reflections of powerful satellite broadcasts from DirecTV and Sirius XM Radios.

Measuring Hurricane Wind Speeds Using Distorted GPS Signals – Never did I even imagine that GPS can be used for this! Guess that why they say “Never assume, Never underestimate”!