Geospatial Big Data: The Next Phase of DigitalGlobe 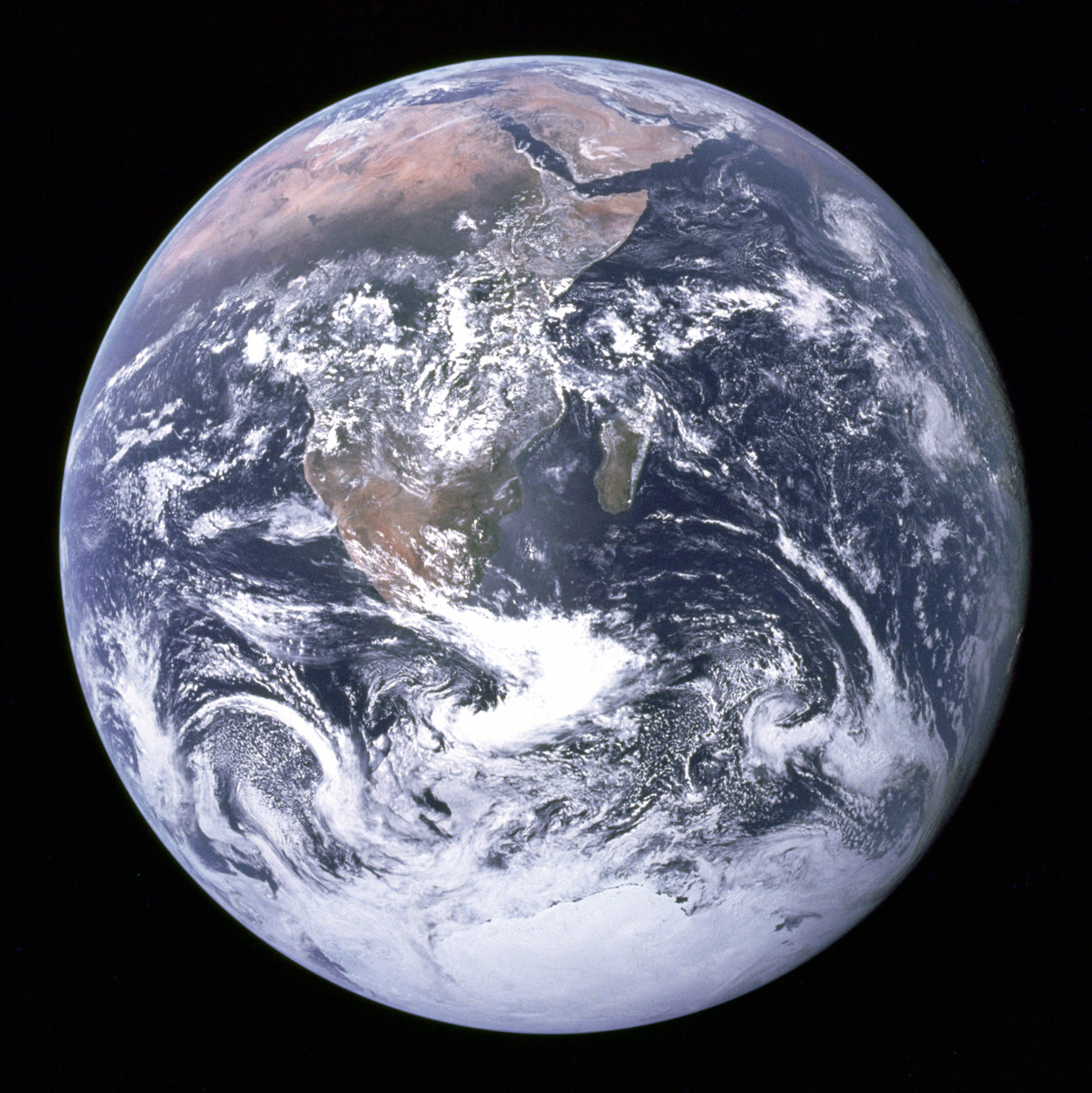 Nearly 45 years have passed since the iconic “Blue Marble” image was taken by the Apollo astronauts on December 7, 1972. At the beginning, only scientists and government agencies had access to such imagery on a regular basis, putting it to use to monitor the environment, the weather and many other purposes. Today, with our navigation apps, invariably we use satellite imagery every day to get a better visualization of our location and its surroundings. Satellite imagery is now just as integral a part of our lives as maps are. In a sense, satellite imagery has already passed the famed Toothbrush Test at Google.

Interestingly, it’s one company’s imagery that is widely used across the industry – DigitalGlobe.

Be it Google, Apple or here, they all use DigitalGlobe’s imagery.

DigitalGlobe was started just around the time that the 1992 Land Remote Sensing Policy Act in USA made it possible for private companies to enter the satellite imaging business. Satellite imaging is still dominated by space missions undertaken by governments, but that is changing slowly. DigitalGlobe might be the world’s leading provider of satellite imagery, but its future is isn’t just about selling imagery to the likes of Apple and Google.

Geospatial Big Data and the Future of DigitalGlobe

The future of DigitalGlobe’s business is about deriving information from satellite imagery. A future where such a process will be as simple as typing your question into Google. Satellite imagery can be used to answer questions about:

Earlier this year, we got a glimpse of that future when Facebook created the most detailed population density map to date, not by using its vast social network profile, but rather by using high-resolution satellite imagery and census data from countries across the globe. The days where only a remote sensing expert could derive information from satellite imagery are now a fading memory.

Facebook had to analyze more than 14 billion images totaling over 350 Terabytes for its population density map – a task that would have taken hundreds of years if not for parallel computing and impossible without computer vision and neural networks. William Gibson’s quote “The future is already here — it’s just not very evenly distributed,” is just as much as applicable to the future of Geospatial Big Data as it is to every other aspect of our future.

The capability and technology behind such Geospatial Big Data analysis is already there, it’s the ease of access and scalability that are hindering widespread use. Not every engineering team has access to the kind of servers that Facebook’s Connectivity Lab team has access to.

Access and scalability are exactly the two main things that Shay Har-Noy’s team at DigitalGlobe is trying to solve with the GBDX Platform. The GBDX platform is in a sense what one can categorize as “The Cloud + Data in one place” kind of service. A satellite imagery library with images from the last 15 years and 80 Petabytes of data – that’s 8 followed by six zeroes when you convert to gigabytes.

When talking to Shay about the platform, one could clearly see his passion for getting the GBDX platform and its tools in the hands of everyone. “It’s all about getting non-geo people to solve geo problems,” Shay mentions when I ask him if the platform is aimed towards a particular group. “An insurance underwriter is more interested in learning about the risk affecting their portfolio and if detecting building footprints and waterways with satellite imagery is going to provide him/her that risk, then that’s all what he/she wants to know – not how the algorithm actually detects them!”

“One of my primary tasks is to make the data available to everyone and make it accessible everywhere,” Shay adds. Remember those days when you ordered satellite imagery and it was shipped on a CD? It all seems a distant memory now but not longer than a decade ago, CDs were the only way to get satellite imagery. Today with this platform you can access data from the last 15 years, the same way you browse your friends’ vacation pictures on Facebook via the cloud and the internet.

Does this mean that we are not going to buy satellite imagery in the future? “With GBDX, you are no longer paying for perpetual rights to data. Instead you are paying for the service that enables your questions to be answered with satellite imagery.” It’s amazing to think that satellite imagery is now following the subscription-based model that the music industry is beginning to follow.

“With GBDX, you have the data and the tools to make use of that data all in one place” – the satellite imagery, algorithms and everything in one place. You don’t have to have a degree in remote sensing to be able to remove cloud cover on an image. There is an algorithm for that! Nor do you need to have servers that can crunch all these pixels to deliver that insight for you, that’s where Cloud computing on GBDX comes in.

“With Machine Learning and AI, it’s easy to achieve results that are 90% accurate. The harder thing is to push the envelope in achieving the last 10%”. Before joining DigitalGlobe, Shay was the CEO of Tomnod, a crowdsourcing platform that uses satellite imagery to solve real-world problems. Tomnod was acquired by DigitalGlobe back in 2013 and is continuing to work with governmental agencies and the UN in humanitarian efforts to help after major natural disasters by helping identify and map objects of interest from satellite imagery with crowdsourced inputs.

Machine learning algorithms need training data and with TomNod, DigitalGlobe has an advantage that its competitors don’t!

Shay’s experience with crowdsourcing as the head of Tomnod is clearly visible when you look at DigitalGlobe’s emphasis on the topic, listing it as a product. Crowdsourcing is definitely going to play a major role in helping train algorithms that derive insights from satellite imagery and with Tomnod, DigitalGlobe has a major advantage over the other players in the industry.

The future is here

Geospatial Big Data has finally arrived. Yes, it will still be a while before we have a search engine that can answer questions by deriving information from satellite imagery but the future looks promising!

Say thanks for this article (1)
Muthukumar Kumar
478 posts
Want to be an author?
The community is supported by: 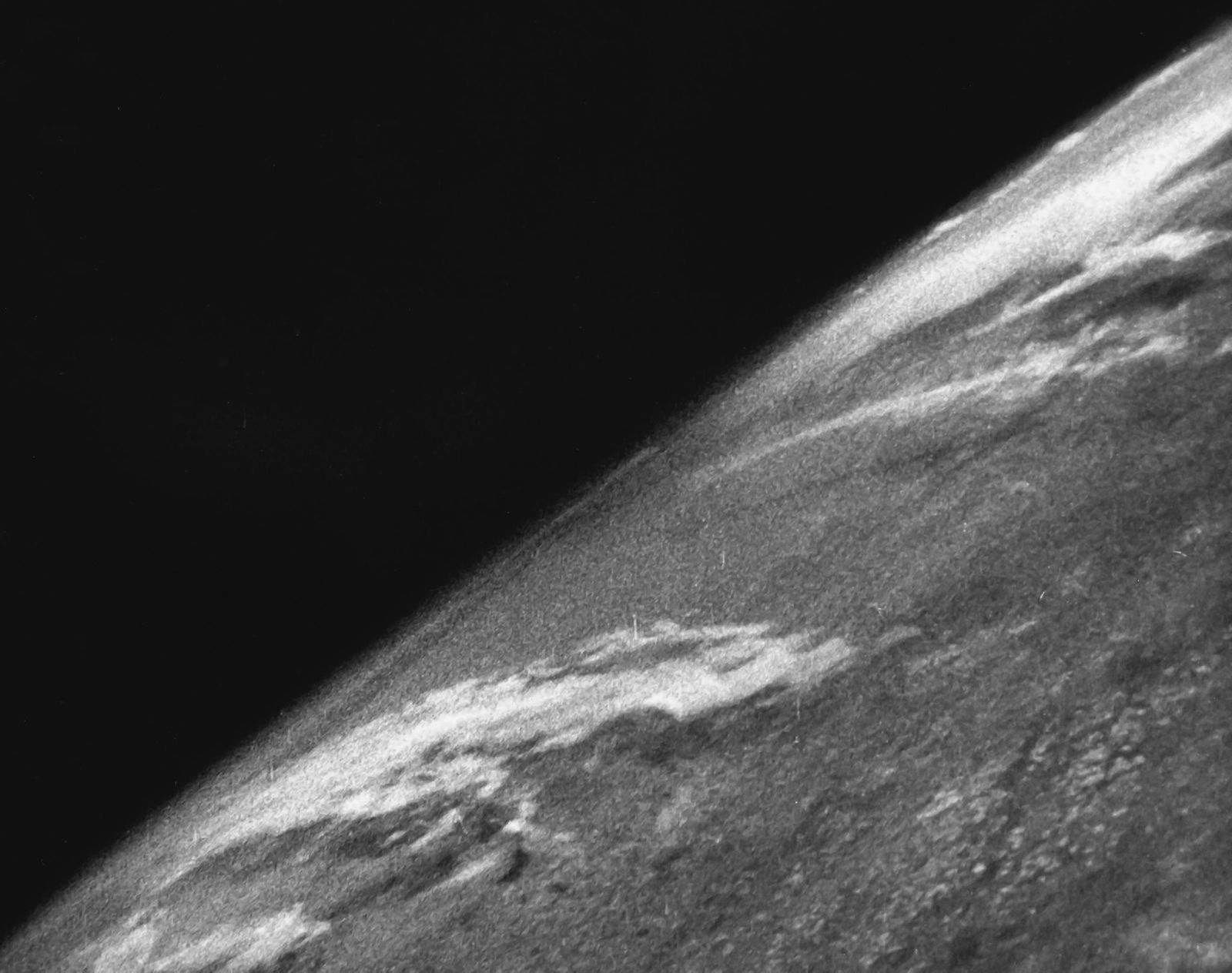 Today high accuracy satellite images are available to everyone: you can view them on Google Maps, you can buy them for your projects from websites like Terraserver,  you can also treat them as an art project. But it was not always the case.

The first ever picture from the outer space has been taken 70 years on ago on October, 24th, 1946 with a camera installed on a rocket that launched from White Sands Missile Range, New Mexico.

The rocket was actually a Nazi V-2 ballistic missile prepared by a group of surrendered German rocket scientists. It flew to an altitude of about 65 miles (104 km) which is the agreed border of the outer space and took a series of pictures. The camera was enclosed in a steel case for protection as a few minutes later the camera hit the ground with an incredible speed.

According to the first hand reports, after retrieving the material from these early shots, the scientists went nuts, “They were ecstatic, they were jumping up and down like kids. When they first projected [the photos] onto the screen, the scientists just went nuts.”

The images taken by the camera were black-and-white and they didn’t show anything else than the Earth’s curvature and a cloud cover over the American Southwest but they paved the way remote sensing as we know it today.