Galileo GNSS adoption is growing. When will you have it in your smartphone?

On December 15th, 2016, ESA announced the availability of Galileo’s positioning system. It’s cool, but what it actually means? What accuracy can we expect? What are the benefits for the end user? How will it affect the industry? What are the advantages, compared to the good old GPS? Finally, when will it be supported by mass market products that we use on a daily basis (smartphones, watches, sat navs etc.)?

For most of the people in the industry, the official launch of Galileo, was a great news as the benefits are massive. The system is interoperable and complementary with GPS, but it gives end users more accurate and reliable positioning, within 1 meter and even up to 1 cm (for professional version). This will be particularly useful in difficult environments such as cities, where satellite signals are often blocked by tall buildings and other obstructions. Galileo’s satellites orbit at a higher altitude than GPS’s, meaning they have a wider cone of vision and thus there’s more chance of you being within the range of the four satellites needed for the satnav receiver to figure out its position. The higher altitude also means that Galileo can provide coverage to the northern tip of Europe – that isn’t currently served at all by GPS.

At the moment, the Galileo constellation consists of 18 satellites, all of which are already in orbit. The full constellation of 30 satellites will be completed within the next 5-10 years.

However, European global navigation system itself is not able to provide the accuracy promised. It requires a few more factors like EGNOS and compatible GNSS chips. Semiconductor sales leaders like Qualcomm, Intel, Broadcom, and MediaTek started to work with The European GNSS Agency to manufacture such chipsets but there is a long way ahead.

On the high-precision market, Galileo adapted relatively quickly. All the leading brands like Septentrio, NovAtel, Furuno, Leica Geosystems, ComNav, Trimble, and Topcon have been integrating Galileo into their products for a few years now. On the consumer market, adaptation is slower. But, in my opinion, the milestone took place a few weeks ago when Huawei, the world’s third-largest smartphone vendor, announced that all their flagship smartphones are going to be Galileo-enabled. This is obviously a big step for the company (and for Galileo), but are some risks that Huawei had to take. 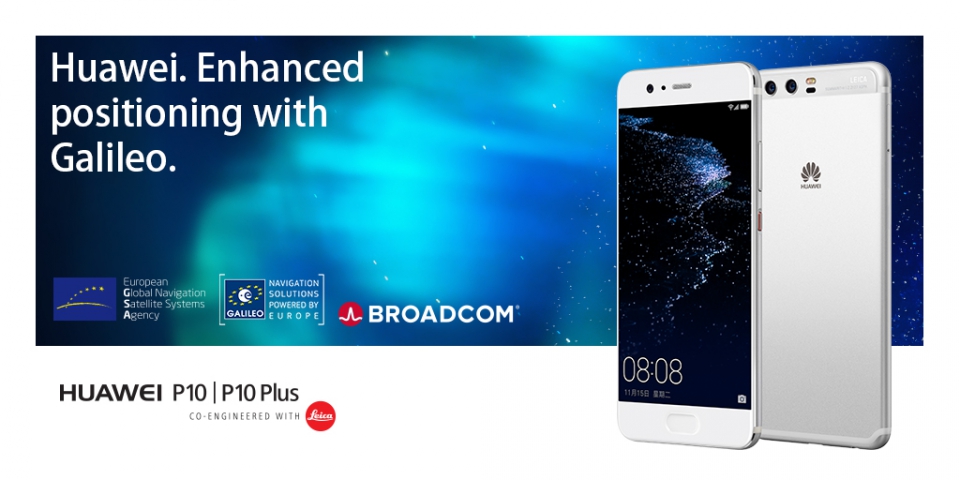 Galileo navigation system is new, and it didn’t have an easy start in the smartphone industry. First of all, the project has been significantly delayed and in fact is not yet fully operational. Secondly, few month ago satellites experienced multiple clock failures, thereby discouraging the market. Thirdly, chipsets working with Galileo are relatively more expensive, as is usually the case with new technologies. Also, based on previous experience with GLONASS, adapting the end-user market to the new positioning system is a time-consuming process. Finally, in the view of recent political events in EU, we may soon expect a conflict of interest with the UK, which has contributed greatly to the project. But as the famous scientist, Albert Einstein said – “A ship is always safe at the shore – but that is not what it is built for” and probably Huawei thought the same way.

“Our investment in providing people with a better location experience is yet another example of our commitment to delivering meaningful innovation,” says Huawei Head of Handset Portfolio and Planning, Arne Herkelmann. I think this cooperation is reasonable given that Huawei has 20 years of expertise in the telecommunication industry. We can also notice that tech giants like Sony and Samsung have taken the first step toward Galileo by releasing single models to the market. Des Dorides, an Executive Director of the European GNSS Agency, said that “the quick uptake of Galileo by major smartphone providers is important as LBS is the future of GNSS” and its hard to not agree with him.

According to the GNSS Market Report on 2023, the overall installed base of GNSS devices will reach almost 9 billion units (This is 3 times more than today) and the exact positioning will play a major role here. To prepare for that impact, the GSA is working with manufacturers to build an even better navigation experience. A good example is the Galileo Search and Rescue (SAR) service, that holds potential to dramatically reduce the time to locate and reach people in distress on sea and land or Galileo Public Regulated Service (PRS) that offers more reliable and robust positioning, navigation, tracking and time synchronisation which is useful for banking and financial transactions as well as for telecommunications networks and distribution networks such as smart grid.

In addition, PRS allows governments an encrypted service in critical situations such as terrorist attacks, therefore has strategic importance for Europe. Are we already witnessing the evolution? I would say that we might see more changes that will greatly contribute for its coming. Surely, the next few years will be remembered as the time during which GNSS grew up, became very widely known, and taken for granted by people. 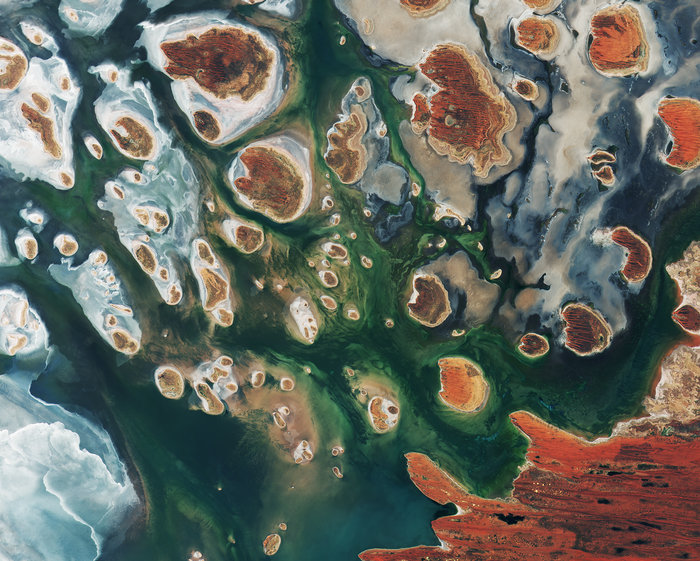 The European Space Agency has been sharing images, videos and other contents with the scientific community, geospatial industry, media and the general public for over two decades now. But it was only earlier this year that the agency bolstered its commitment to openness by adopting an Open Access policy for its vast amount of content and information, such as, imagery, videos and select datasets.

And now, ESA has announced the inclusion of all high-resolution Copernicus Sentinel satellite stills and animations into the open repository that already includes EO data from Envisat and Earth Explorers, Rosetta images, Hubble images and video, and the Planetary Science Data Archive.

The very ambitious earth observation program, Copernicus, is spearheaded by the European Commission in partnership with ESA, who develops, builds, flies and operates the Sentinel family of satellites and missions. ESA has been releasing this data under the Creative Commons IGO licensing scheme.

It’s important to note that in the first phase of this Open Access policy, ESA is only releasing the material which it owns fully or for which third-party usage rights have already been obtained. The images, videos and content which are produced with the help of partner agencies are not being released here.

But why open data?

The interest of the people at large in earth observation and location technologies has been increasing of late. And ESA wants to provide more insight to the taxpayers who fund the agency’s activities. According to ESA Director General Jan Woerner, “This evolution in opening access to ESA’s images, information and knowledge is an important element of our goal to inform, innovate, interact and inspire in the Space 4.0 landscape.”

For Marco Trovatello, who’s taking care of the Creative Commons project for ESA, says, “Free and open access to ESA’s knowledge, information and data are a cornerstone regarding our link with the larger public and user communities and will thus contribute to societal benefit.”

ESA plans to keep adding more data to Open Access as and when it becomes available. You may access the data already made available by ESA here.