Thinking About Switching To Windows Phone 8? Nokia Releases Its Mapping And Navigation Apps To All WP8 Users. 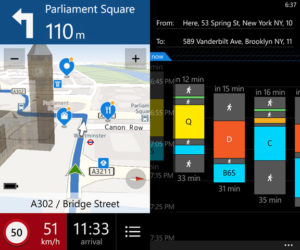 Have you been thinking about switching to Windows Phone 8 but you couldn’t choose any other phone than Nokia because of its free mapping and navi? Well, now you can. This week Nokia finally released is Here Maps, Here Drive Beta, and Here Transit to all Windows Phone 8 devices for free. Those three apps offer users more detailed location data compared to Bing Maps, the default mapping software on Windows Phone hardware.

But don’t be too happy… the service is available for now only in the US, Canada, UK, France, Germany, Italy, Mexico, and Spain. Actually now I’ve started thinking. Who did a better deal Microsoft or Nokia…? If Microsoft is getting access to Navteq’s (Nokia’s) solutions for free than it was worth to partner with Finish falling giant. Anyway it’s a great news for all WP8 users. Although there are still too little location-based apps for this platform this change might actually push many people to finally trust Microsoft one more time;).

Any smartphone user who has used GPS for navigation or location based services would know how much of a “Battery Hog” GPS on the phones can be. They drain your battery at an exponential rate. 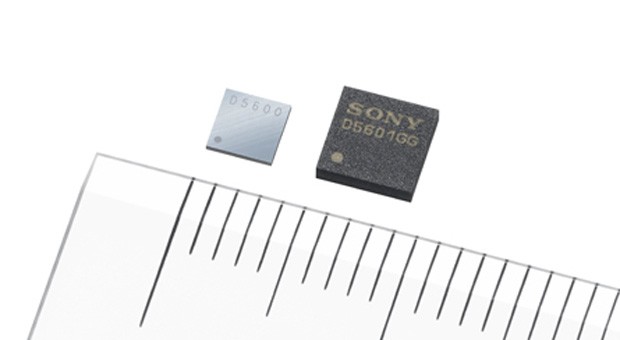 Thankfully, Sony was paying attention to it and all this will end soon. Sony is all set to launch ultra-low powered GPS chips D5600 and D5601, which are limited to use only about 10 mW of power for its operation.

Its futuristic not only because it’s such a low power Chipset but also because of it’s ability to interact and integrate itself with other sensors like the Accelerometer, gyroscope and magnetometer. Typically bundled together as Motion sensors that are mainstream in most smartphones these days. Imagine being able to navigate using your Mobile GPS without “Battery Hogging” and being able to get much better position accuracies at the same time. Now that’s something I hope I can get my hands on in the immediate future.

But I am surprised that Sony isn’t going to utilize wireless technologies in combination with GPS which  would allow smooth integration of Indoor and Outdoor positioning. I am hoping that they would. The chips however would be able to use GPS, GLONASS, SBAS and QZSS apart from MEMS. Quite a few constellations for a chip that is billed as ultra-low power consuming.

When can you get one of these? did I say Immediate future! Okay, if you consider production time, product verification, etc soon is sometime next year maybe! Considering the fact that these chips are scheduled for launch this June and the smartphone manufacturers will then have to build their phones around it.

Until then, for all of us for whom its a choice between getting lost or losing battery life; I suggest portable chargers 😉