France is banning drones during Euro 2016 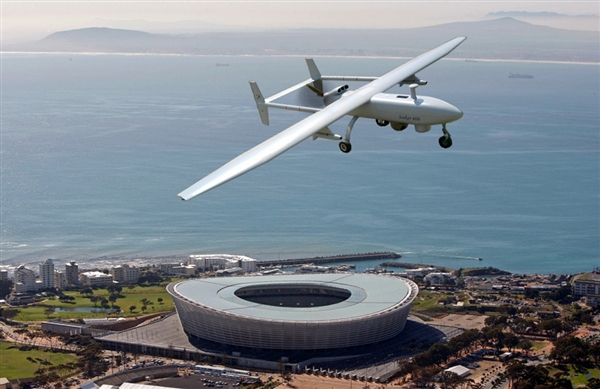 Drones are an amazing piece of technology and a lot of fun but when they get into the wrong hands that can be very dangerous. Drones could be used to disperse chemical or biological weapons over crowds among other risks. French authorities are taking this threat very seriously for the upcoming Euro 2016 which will take over a numerous cities around France starting June 10th.

No-fly zones has been defined over all 10 stadiums as well as training grounds. Taking no chances, Euro 2016 organisers announced deployment of a new technology that will interfere with UAV’s GPS signal and take over control of them if they are spotted. The idea is not to destroy the drones, because there could be collateral damage if they crashed into the public. The exact solution to be used has not been revealed.

Establishing no-fly zones started to be a common practice during large sporting events. During the last Super Bowl drones were banned in a half a mile radius around the stadium.

#Business
How the EU Space Programme is contributing to the EU Green Deal.
Vanessa Alexakis 07.19.2022
AWESOME 0
#Business
Funding in the geospatial industry – the who and how
Hassan Safieddine 08.1.2022
AWESOME 3
#Business #Featured
Six drone industry trends for 2022 which are my takeaways from Xponential Expo in Orlando, FL
Aleks Buczkowski 04.30.2022
AWESOME 0

Facebook Live is a new video feature that has been rolled out globally in February and offers users real-time streaming video capabilities. Frankly speaking it is not massively popular but from now on it might be much more interesting and engaging… Especially for GeoGeeks.

Facebook’s interactive Live Map is a new feature that makes it easy to find live streams from around the globe based on their geography. Streams are visualized as blue dots with larger dots indicating streams with the most viewers. Hovering over a dot launches its stream and shows you lines that point you to where people around the world are watching. The location privacy of both streamers and viewers is protected by keeping the exact location vague enough.

The new feature is available on the left navigation bar in your Facebook timeline. It is not something really unique. In fact the idea seems to be taken from Twitter’s Periscope live-streaming app. Still, it finally makes the Facebook Live a bit more interesting.