Creating 3D environments at the push of a button

Maps have already passed the toothbrush test, GIS and Location intelligence are very much a part of our daily lives, being used in practically every industry from Agriculture to Smart Cities. But the geospatial revolution has only just begun.

One area where there are some fascinating developments is 3D spatial. No, not that 2.5D that we are used to in our GIS applications but the kind of immersive experience that we are used to in our games. How are games related to the geospatial industry? Take for example, the current focus on connected cars and autonomous vehicles pushing the boundaries of spatial AI testing using games like Grand Theft Auto (Related: Using GTA to teach self-driving cars to navigate the real-world), multiply that with the Virtual reality experiences being created and the push for Augmented reality and both the demand and the need starts to sink in.

Simply put, 3D spatial is the next platform for information and experiences. Neal Stephenson in his book Snow Crash envisioned this as the Metaverse – his vision of how virtual-reality based internet might evolve shortly – which is already turning into reality today and with amazing potential.

The Metaverse might be all about science fiction today, but it brings up interesting questions about how we are going to create the millions and millions of square kilometres of worlds populated by cyberpunk bars that everyone will hang out in.

2D mapping experiences are commonplace but add a dimension and then ask how do the variety of users outlined above quickly and easily access 3D spatial content to experiment, iterate and deploy their amazing ideas to the world?

Ideas that range from building a simulator for testing autonomous driving and navigation algorithms to building VR games where you can stand in any part of the world and immerse yourself in that experience require some serious tools and capabilities.

The answer is not an easy one as individual systems evolve and adapt solving particular problems, either being built in-house for each project or catering for continuously developing emerging markets as they grow and collapse into each other.

‘Easily’ is the key word here because to truly make 3D spatial accessible, prevalent and useful the barrier to experimentation has to be lowered; it has to be ‘simple to play and throw away’. Only when creators of all kinds can experiment in seconds and then build solutions on those experiments will the wider public reap the advantage.

3D spatial has to pass Google’s famous toothbrush test, in other words, when users need it every day and can simply use it without thinking about it; is when it’s truly maturing and ready for mainstream use

Building the Metaverse from ground up

One startup that has made a mark in the 3D spatial world is Mantle. Back in 2012, Dean Gifford and Co-founder Isaac Dart formed a studio called Preliminal Games with the goal of creating a geolocated mobile game. Instead of just creating a gaming experience in 2D, the team wanted to build something in the 3D space from data around the player that allowed them to manipulate it somehow – augmented reality in its infancy. The team quickly realised that there wasn’t much in the way of map ingestion on the Unity platform, a popular tool in the game development community and instead decided to create their own system and that is how Mantle was born.

It’s amazing how many spatial challenges are being solved by people we wouldn’t consider “geogeeks” to begin with. Chris was working in the music industry when he started What3Words and changed the way addressing works (Related: What3Words story). Javier started his career as a conservation scientist before founding Carto and Mantle joins that list now.  I digress, but I see this a healthy sign of the geospatial industry as a whole!

Beginning with image tiles from Mapbox, Mantle’s early predecessor scraped image pixels and placed prefabs based on the colours in the tile to create a workable model of a city that conformed to its street geography. Even though it wasn’t perfect, the solution allowed developers to decorate maps with prefabs in a deterministic way thus creating a world’s worth of content that they didn’t have to place by hand.

In the beginning, it’s not obvious to see how Mantle’s solutions can be applied for many of the spatial challenges that the industry faces today, besides creating location-based VR games. But speaking with Dean and learning how the industry is using Mantle changed that perception.

The project close to Dean and his team’s heart is the Fireflies of Brownsville project by arts collective People’s Culture. ‘The Brownsville project perfectly exemplifies just why Mantle’s team felt the need to bring software like Mantle to life in the first place” Dean adds as we begin to chat about it.

People’s Culture is working with the Brownsville Community Justice Center and residents of Brownsville in Brooklyn New York who have been affected by an antiquated housing structure and city planning. The ageing environment has lead to accentuated poverty and crime in an environment now hugely difficult to live in safely. 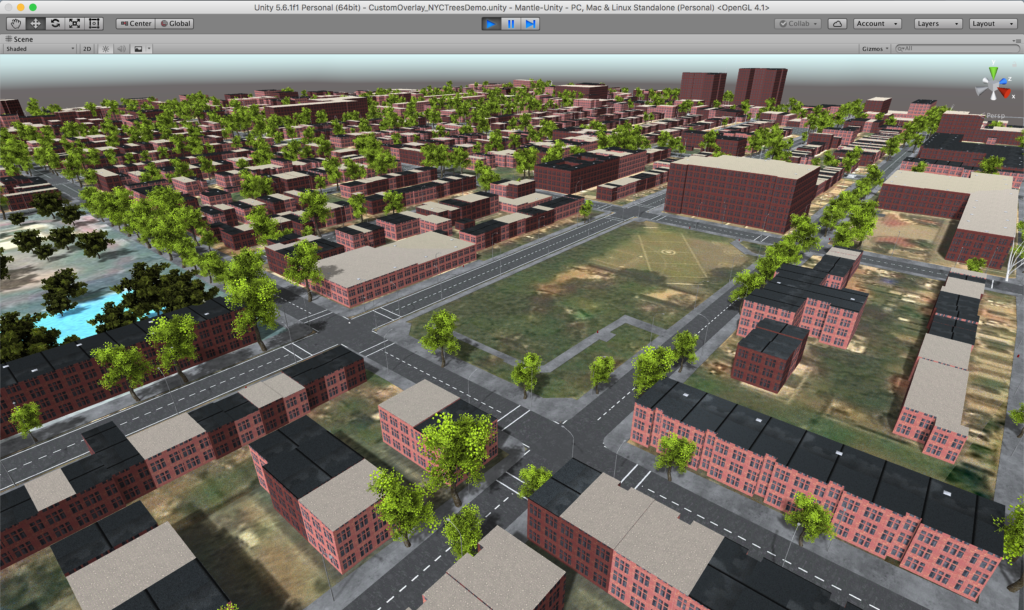 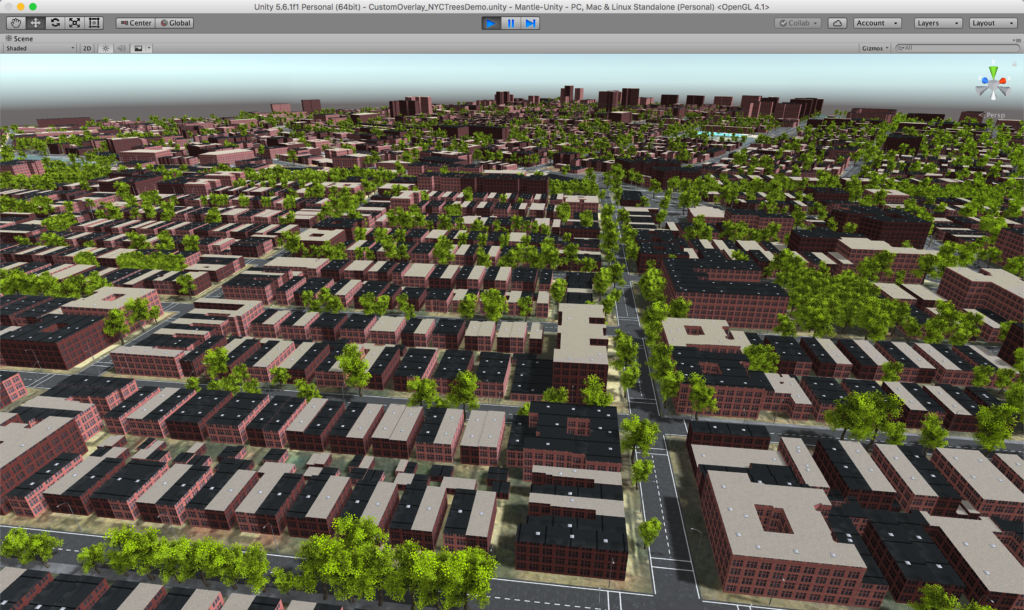 They’ve tasked the residents to create a ‘docu-game’ where they can recreate their physical environment to demonstrate the daily pressures of living in their neighbourhood and tell stories from their viewpoint. Using Mantle and Unity, they’ve been able to take back control of the very physical environment that has shaped their lives and used it to tell a story that can ultimately change their space for the better. Mantle’s breaking down of usage barriers here has been essential to providing tools that a few years ago would have been absolutely out of reach for the user’s People’s Culture has provided this opportunity for.

Without such a “docu-game” the Brownsville community simply wouldn’t have had the chance to open up and discuss their problem with the world in such a manner. At best, it would have been picked up by the national news and forgotten in the next news cycle. It’s amazing how citizen journalism and geospatial are connected in today’s world.

It doesn’t come as a surprise that Mantle’s solutions were quickly picked up by the automotive industry to be used in their AI simulation workflows. Simulation is already playing a major role in the automotive industry (let’s save the details for another blog post), case in point being the recent headlines with GTAV being used for self-driving car training. 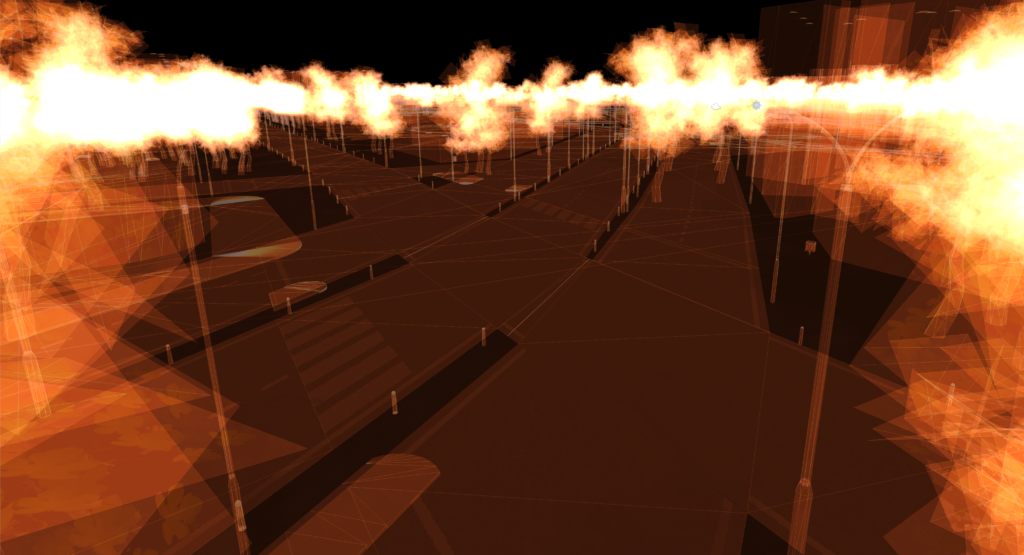 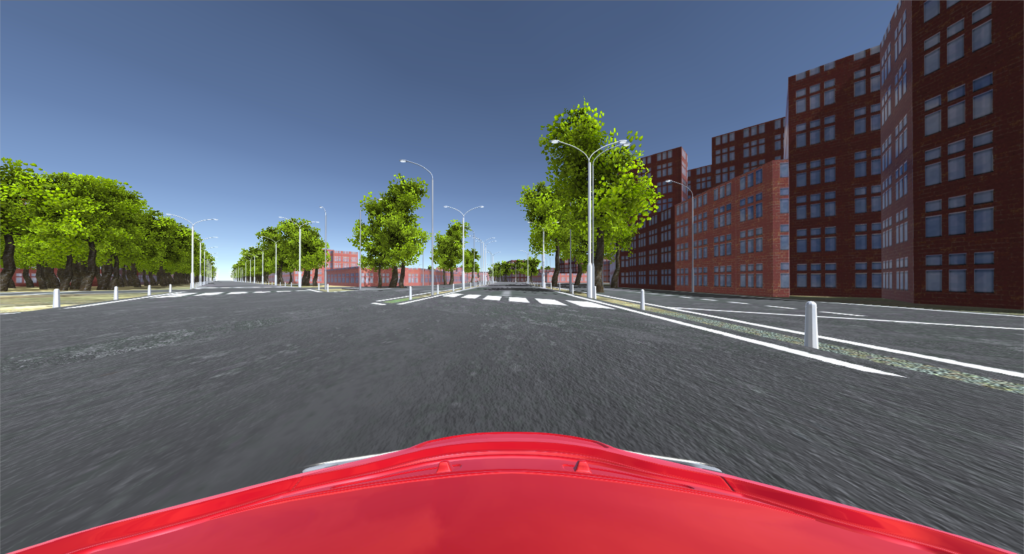 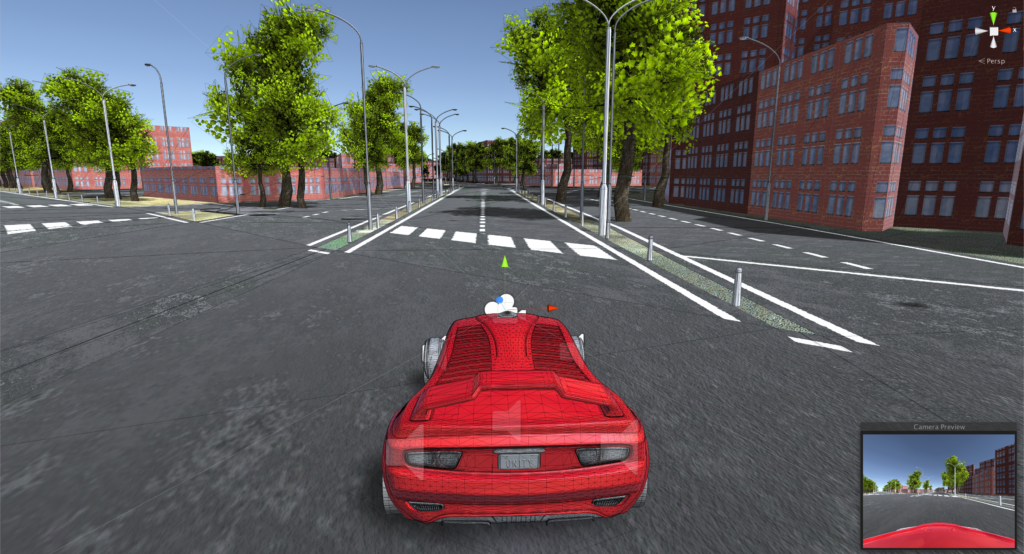 Where virtual worlds like GTAV are limited in their virtual space, building your own custom spaces is limited only by time and your budget. This is where Mantle adds value by providing the ability to procedurally interpret multiple map layer feeds and create a significant portion of a virtual environment use case like a specific intersection or known road accident black spots which can then be ready to train on in a matter of minutes to hours instead of days to weeks.

As many companies’ R&D teams already have their own Unity vehicle physics and camera systems, they can be dropped straight into a Mantle environment which starts to open up the possibilities for vision training and prototyping.

“At Mantle we’re putting our mark on making 3D spatial not only available to everyone but accessible regardless of your experience level. Mantle’s vision is interactive, push-button worlds that can be published or streamed on demand to as many users as you like through multiple platforms. Most importantly they’re your worlds and Mantle gives you the control to create them as you want them.” – Dean

It’s a bold vision with plenty of complex problems to tackle (the best part being that they are all geospatial) but the ability to create kilometres of decorated 3D space at literally the push of a button has the potential to open up another dimension. One that has so far fallen outside the scope of the users in the mainstream GIS industry but is now slowly entering the spotlight. 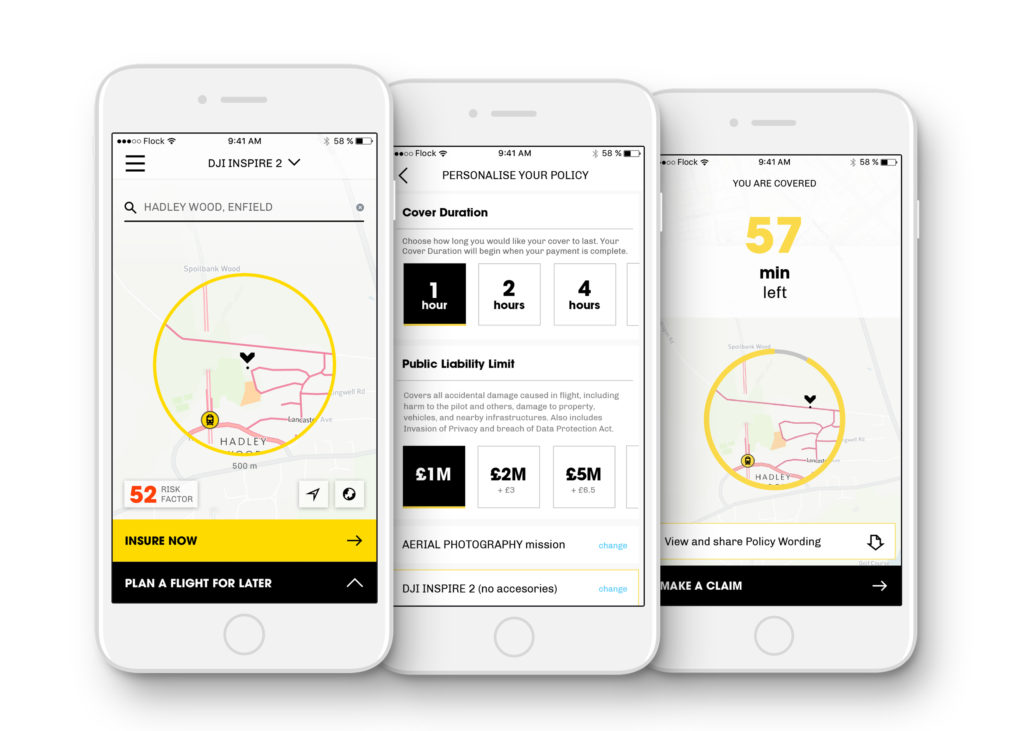