In March this year, Bing Maps added over 200 Terrabytes of imagery and bathymetric information to its database and we were all thinking “that’s a lot of data”! Now they outdid themselves and added over 270TB of Bird’s eye imagery to their database!

Thats 270TB of high resolution images to the Bing Maps database! Seriously the guys at Bing Maps are  really wanting to displace Google maps from being regarded as the most preferred Web Maps.

Bing has also improved their venue maps; adding more points of interest and a new “Report a problem” button to help users inform the mapping team in case of wrong labels.

A bird’s eye view of paris

Some of the more notable (read: gorgeous) additions include overviews of Rome and Milan in Italy, Stavanger in Norway and Kaanapali in Hawaii.  SOURCE: Engadget

My personal belief, Bing Maps has to concentrate on the user interface! Google maps is far more intuitive and inviting than Bing maps at the moment. Maybe we are just so used to it but still they need to make a real attempt to give it a make over.

Once again, its time for the “Desktop” cartographers and tourists ready to explore the world from the comfort of our chairs 😉

Say thanks for this article (1)
Muthukumar Kumar
478 posts
Want to be an author?
The community is supported by:

“Uber” the taxi hailing app is planning to expand to China, India and the rest of Asia

Uber – the taxi hailing app that has been a big success in major cities across United States and Europe is now planning to drive all the way to China, India and the rest of Asia! 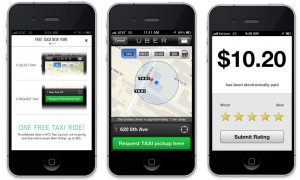 Uber has been planning the Asia expansion for a while now but it looks like they have finally taken the bite; job postings revealing the company’s plan for Asia. Bangalore – the Information Technology Capital of India is the latest on the list of Job Locations.

Uber’s swanky black mercedes and SUVs are all set to drive to Asia! But Uber needs to realize the Asian sentiments on pricing when it decides to set foot in this part of the Universe! If they can cut the ice in that regard, then I dont see any reason stopping them from capitalizing on the market 50% of the world population offers 😉

The expansion would make Uber the first of the big US tax-hailing apps to make a strong play for Asia. Hailo is planning to launch in Tokyo, but it’s not clear when that’ll happen or if it’ll be expanding beyond the single city. And while a handful of taxi-hailing services exist in major Asian cities, none have achieved Uber’s scale. Naturally, Uber’s initiative appears to be in its very early stages, though it does look like the company is finally moving toward making its interest in expanding through Asia a reality. Source: The Verge