Throughout the years, maps have become a commodity. Simple mapping services providing basemaps and simple API have enabled thousands of lightweight location-based applications. Many of them are consumer oriented e.g. Uber, Foursquare, Google Maps, etc. In essence these are all GIS applications and many users are actually doing GIS even though they don’t know what GIS is or what it stands for, and how it can help them in their professional lives.

The latest geo phenomenon of how simple mapping can be brought to the masses is one of the most viral apps of all time: Pokémon Go! This game demonstrated endless opportunities for utilizing geo technology and bringing it closer to end-users. Millions of people are using their phones to play this game, but actually they are also surveying the world and doing data collection. It has never been easier to take the idea of GIS and mobile data collection to more people in organizations, as so many are educated by basemaps and games like Pokémon Go!. The key requirement is GIS that can actually deliver such simple, easy and high-quality user experience to enterprise users.

At the same time, we have so many legacy GIS installations and silos across so many organizations. Data is still being locked on many workstations and closed networks. More of these systems will be extended with new GIS platforms that integrate, but also unlock and extend data to more seats. Field workers require a real-time system to do their work and they want to use their mobile phones. Various departments have a need to access and share data. Decision makers require instant access to maps from their phones or tablet devices. Not to mention the community that can also be included in the process, not just to view maps, but also to contribute. We need GIS to scale.

We at GIS Cloud are focusing on the next generation of GIS where such technology will be available to more users, so that data could be better organized, shared, built and accessed by those that need it, at any point in time from any place. We are building real-time mapping platform for the entire workflow of your organization.

These are our predictions for 2017:

OpenStreetMap, as the biggest real-time collaborative mapping project, showed what’s possible when a map is being built in a collaborative way. More than 3 million registered users are contributing to this cloud project and making real-time updates to the map at a speed no proprietary map vendor can match. In the long run, the only sustainable way to map the ever-changing world is to collaborate and include as many people as possible.

The same notion and workflow is being transferred into GIS. Maps must be collaborative by default, they shouldn’t be built and maintained just by the GIS department or locked on a certain workstation. Instead, the whole organization internally, or even externally, should be included. These users will not just access a map, but also contribute in building it. The only way to map the ever-changing life cycles of organizations is to include as many people as possible.

With true cloud-based collaboration GIS technology will be brought to more people and more organizations.

Due to lots of GIS being used in many organizations today and due to the increase of demand in using new, collaborative GIS, the key is to integrate old with the new. Vendor lock-ins are so common in GIS that it is often almost impossible to have applications from multiple vendors working seamlessly together. OGC standards are a good way to integrate the data, but we will need more APIs to integrate apps as well. The data and the API interfaces must be open and we will see more of these integrations put in place.

In the last few years drones have taken over the geo industry, unlocking enormous potential of how inexpensive technology can capture not just better data in real-time, but also at a fraction of the cost of a satellite or airplane capture. Drones have shown what is possible when such technology is available for the masses. The same thing happens with sensors and “internet of things”, not just that our mobile phones are an incredible source of sensory information, but also so many other devices are being built with “smart” functionality e.g. cars. The amount of data these new sensor sources are generating is increasing dramatically, so GIS platforms will follow closely with apps and APIs.

We always say that GIS is applicable in so many industries, that 80% of data in general can be spatially referenced, but often these industries use map just as a feature, not as a central piece of their solution. With cloud-based GIS, collaborative workflows, centralized data repositories, open APIs and platforms, there will be more industry solutions that focus on the map. This will provide end-users not just good enough, but actually the best user experience possible. For many industries, maps will become less perceived as “just a feature” and more as a centerpiece of their daily workflows.

Say thanks for this article (1)
Dino Ravnić
1 posts
Want to be an author?
The community is supported by:

This bike sat nav is all about the journey and freedom 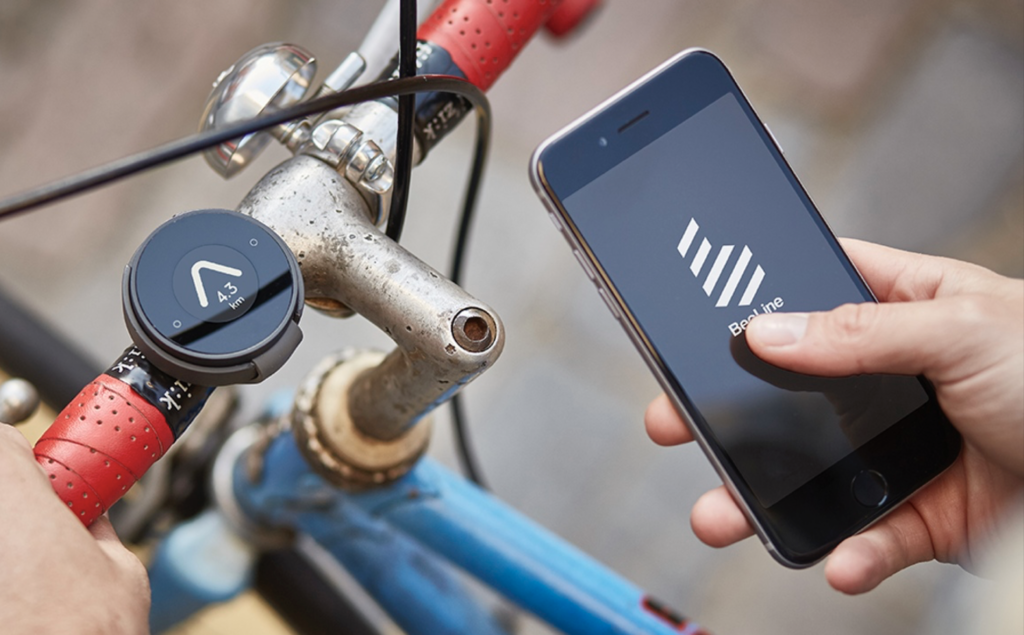 Commuting on bike in a city gives you freedom. You’re not stuck in a traffic, you can ride on bike lines, streets and sidewalks. You can explore the city at your own pace and escape the whirlwind of stop and go vehicles. The experience is great but at the end you want to reach your final destination and for that you might need a navigation.

Bike sat-nav is not a new thing. There are several devices dedicated for cyclists but most bike commuters will anyway use Google Maps app (or their other primary navigation app). Your device or app will guide you to selected destination but street by street instructions take away all the fun that comes from freely exploring the city. 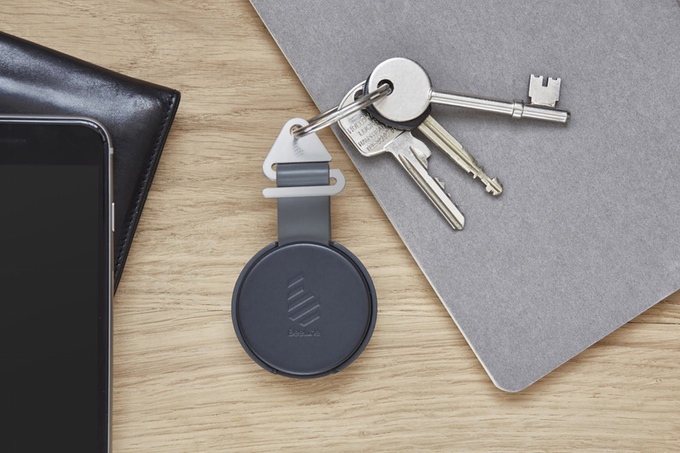 Now, there is a solution for that. BeeLine, a product launched originally on Kickstarter, is a simple and inexpensive device that doesn’t show you a specific, pre-determined route, and instead simply gives you direction and remaining distance to your destination. A bit like a compass that points you precisely where you want to go rather than to north.

The concept is simple. The BeeLine uses your smartphone to do most of the heavy lifting. You start with the BeeLine app where you enter your destination, and the direction and distance is then shown on the device strapped to your handlebars. Everything is quick and easy.

The hardware itself is also pretty clever. BeeLine is a round-shaped device that sits inside a silicone band. The band is used to attach the device to your bike but you can also reverse it and use it as a protective cover for the display. The band allows you also to attach it to your keys or a bag.

The device has no built-in GPS but it relies on your smartphone as well as magnetometer (compass), accelerometer (movement sensor) and gyroscope to know the direction. It is equipped with a e-ink display and can last upto 40h on a single charge. 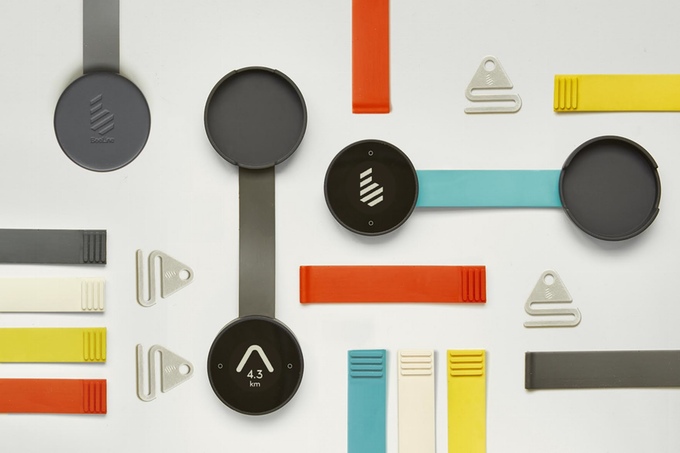 The concept itself is not new, at the end my Garmin Fenix 3 outdoor GPS watch can also guide me in a similar manner to a selected point… But applying it to city biking, adding handy design and making it simple and attractive makes it a great and useful gadget.

Starting this week you can order BeeLine on their website for £99 but you can soon expect some discounts as it was initially available on Kickstarter for as little as £30.