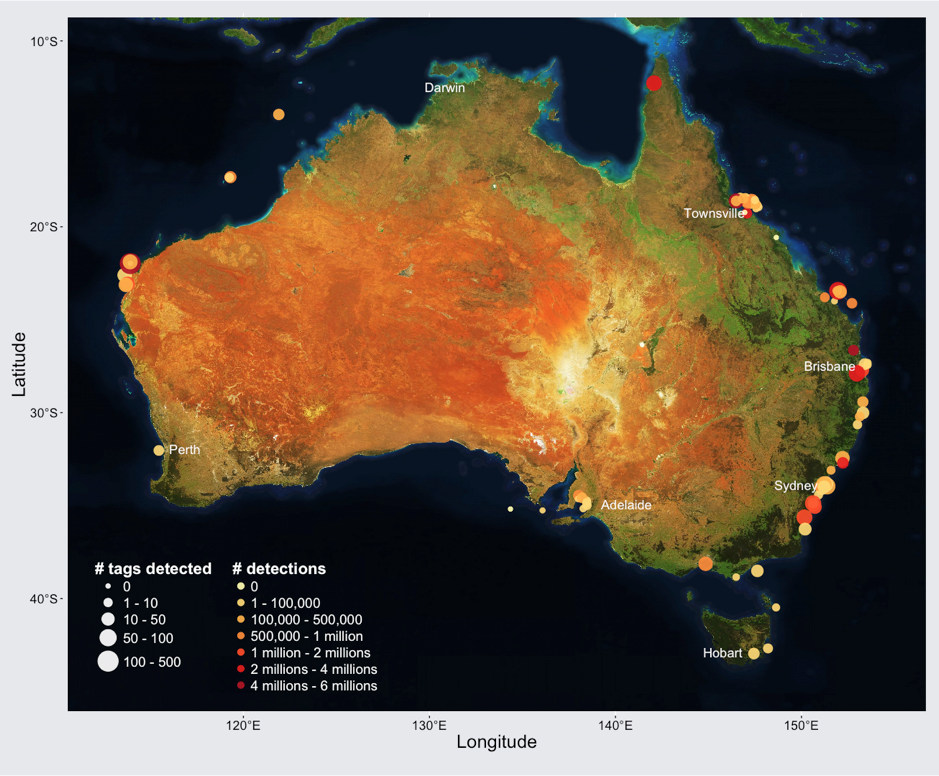 With climate changing making the oceans around Australia warmer further south, many sea animals are also changing their characteristic movements and feeding habits to move within those warmer waters, a decade-long study providing a panoramic view of the underwater world has found.

In 2007, scientists at Australia’s Integrated Marine Observing System (IMOS) deployed 3,777 sound-emitting devices on 117 sea animals, including great white sharks, crocodiles, sea turtles, fish, and dugongs. For the last 10 years, they have been tracking the movements of these marine species via 1,891 receiving stations, collecting over 49.6 million quality-controlled acoustic detections till date.

This data has given researchers a wealth of information about how far the animals typically move, what are their preferred habitats, and how their movements have altered over time. The study, for example, brought to fore interesting patterns like the annual migration patterns of grey reef sharks.

The insights from the dataset will also help the scientists to predict how the behavior of aquatic creatures may change as climate change intensifies and leads to warmer waters, oxygen depletion, and ocean acidification. “For example, in the case of bull sharks – a species we tracked that is known to be potentially dangerous – research has shown that they move within warmer waters,” explains Prof. Rob Harcourt, who heads the Animal Tracking Facility at IMOS.

Left/a): Cumulative number of tags registered and detections uploaded on the IMOS web application. Right/b): Inventory of the number of animals tracked for each of the 117 species.

The typical range of an acoustic receiver is between 60-950 m depending on local geography, bathymetry, and environmental conditions – which means a large-scale study, spanning thousands of kilometers cannot be undertaken with acoustic tagging.

As Prof. Harcourt sums up, “The data is available through the online Australian Ocean Data Network Portal, making it a very valuable resource for comparing the behavior of marine animals today and in the future.  We are also going to add the data to public marine species location databases to improve existing biodiversity records and enhance existing geographical distribution maps for Australian sea species.” 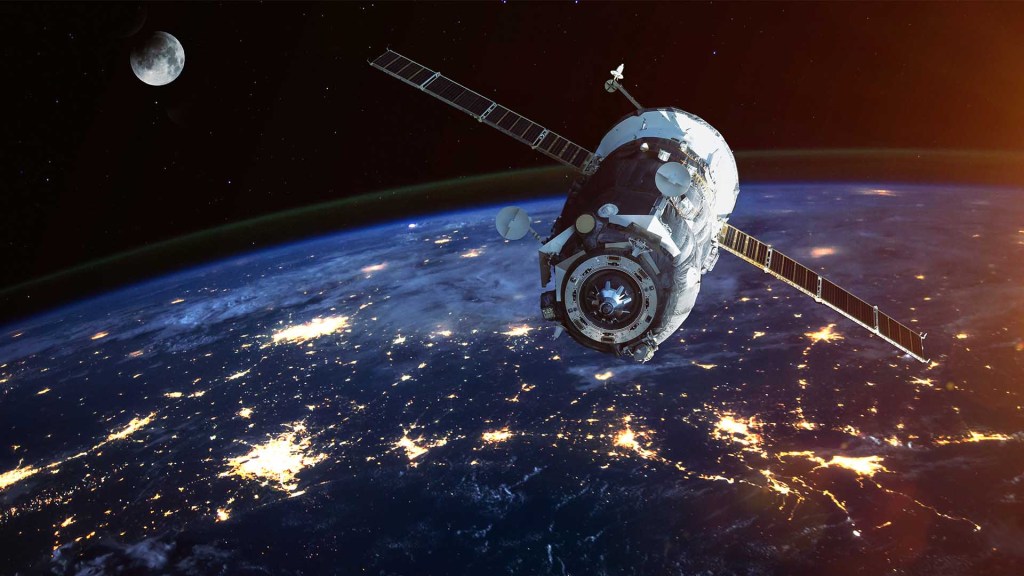 A space station manufactured by China is spiraling uncontrollably toward the Earth at this very moment.

It may sound like the plot of a sci-fi movie, but it’s not. No intergalactic heroes armed with anti-asteroid arsenal are going to hop onto their spaceship and blast this 34-foot chunk of metal out of Earth’s way. China’s first space station and experimental space laboratory, Tiangong-1, is going to come crashing to Earth by the end of this month, and we don’t even know where it might land!

This is because the spacecraft is officially out of control. Ground controllers cannot command its engines to fire or prompt it to slow down as it falls toward the Earth’s surface – as was the original ‘reentry’ plan. Originally, the Chinese planned to ignite Tiangong-1’s engines at a specific moment, one which would cause the spacecraft to burn up over an unpopulated area of the South Pacific ocean. But with the space station ceasing to function in March 2016, that plan has been put to rest.

So, what’s the new plan? Nothing! There is no Plan B. Majorly because we will find out only 7 hours in advance where the break-up location of the spacecraft is going to be – and that prediction will also have an error rate of thousands of kilometers!

According to ESA, for an uncontrolled reentry, an impact location prediction is beyond the current technical capabilities of humans. Blame it on the complexities of modeling the atmosphere, the dynamics of the reentering object, or the limitations in observing the spacecraft… our science is simply not advanced enough to figure this stuff out.

The latest forecast by ESA says that reentry could take place as early as March 30 anywhere between 43ºN and 43ºS – which includes Spain, France, Portugal, Greece, as well as many other regions and continents you can see on the map below:

But before you start conjuring visions of death caused by space debris falling on your head, let us tell you it’s not as scary as it sounds. Statistics say you’re 10 million times more likely to be hit by lightning than being hit by a fragment from Tiangong-1’s mortal remains. Now, whether you’re a fan of statistics or not, you can follow this page by ESA for further updates.