Are we ready to send humans into deep space?

A question that has been asked for centuries will soon be answered! NASA’s Orion is getting ready for a test flight !

For those of you who are hearing about Orion for the first time, here is a quick history. After Apollo missions to the moon, we as humans took a long, unexpected break in manned missions to deeper space. After four decades, here we are, getting ready for a test mission that can take us farther than anyone has ever been!

The Orion Space Capsule will be blasting off from Cape Canevral Air Force Station in Florida for its first test flight on December, 4 2014 (7:05 AM EST – 12:05 GMT)! A United Launch Alliance Delta 4 Heavy Rocket will be taking Orion on its test journey. 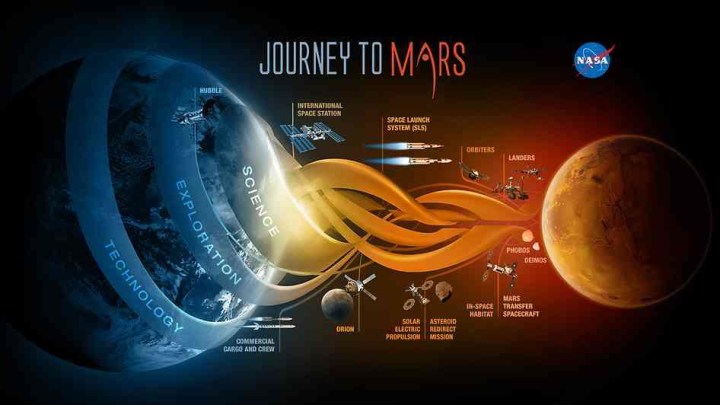 Famously called as EFT -1 (Exploration Flight Test – 1), for the first time since 1972, a space capsule will be going 5,800 kilometers from Earth’s surface. The main goal of EFT- 1 is to test avionics, heat shield and other instruments on board while reentering the Earth’s atmosphere at very high speeds and enduring high radiation zones. The heat shield will be experiencing temperatures close to 4000 F during its return. (Wow,that’s hot!). The capsule will slow down to 27 km per hour from a whooping speed of 32,000 km per hour when it hits the pacific ocean!

Orion will be unmanned tomorrow, but by 2021 we will be sending test flights with pilots. And one day, Orion will hopefully be taking humans to our closest neighbour, Mars! What is really interesting is that the capsule will also carry a star trek action figure, a Marvel Challenge coin, a muppet, a dinosaur fossil, and an Apollo Lunal spacesuit part along with a microchip containing millions of names. Wonder why? Probably because Lockheed Martin, NASA’s primary contractor for EFT-1 thought that would be a cool thing to do!

Anyone there wondering how much it costs? – $370 million dollars (Come on, it is rocket science! )

If you recently watched Christopher Nolan’s Interstellar, you may remember this Dylan Thomas classic poem:

“Do Not Go Gentle Into That Good Night

Old Age Should Burn And Rave At Close Of Day

Rage, Rage Against the Dying of the Light.

Though Wise Men At Their End Know Dark Is Right

Because Their Words Have Forked No Lightning They

Do Not Go Gentle Into That Good Night!”

It is about time we wake up and race towards new destinations! Read more. 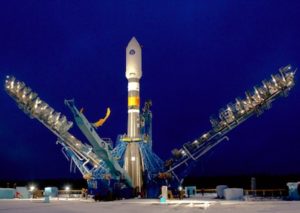 Yesterday early morning Soyuz rocket successfully put in orbit a new generation of satellite as a part of GLONASS – Russian alternative to American GPS. GLONASS-K is the latest version of the satellite design, developed by Reshetnev Information Satellite Systems. The K Series are an advanced improvement of the previous M second-generation satellites, with longer lifespans and better accuracy.

Development of GLONASS began in the Soviet Union in 1976. By the turn of the this decade, GLONASS had achieved 100 percent coverage, with the full orbital constellation of 24 satellites operational in 2011. The Russians are continually launching GLONASS satellites, with varying success. One of the biggest failures came when three GLONASS-M birds were lost when their Proton-M launch vehicle dramatically failed during launch.