Last week Google updated Google Maps app with a new feature. Now the app will notify you with spoken alerts whenever a traffic problem or a delay occurs along your route. Additionally, users will get traffic info summarizing traffic conditions before they start their journey.

Voice alerts have been available on the Android since May, but now the feature is rolling out to iOS users. Spoken traffic information is one of functionalities that have been taken directly from Waze – Israeli traffic app which has been acquired by Google for $1.1 billion in 2013. In fact Google has been using Waze’s traffic data for couple of years already. Crowd-sourced data from user reports was a missing puzzle in Google’s real-time traffic portfolio and it brings big a significant value to Google Maps users. Google seems to be aware of it as it recently released a major update and a redesign of Waze app.

Apple has been interested in the indoor positioning industry for a while now. Back in 2013, it acquired WiFiSlam, an indoor positioning startup and iBeacon has been around since iOS7 which launched around the same time. Fast forward to today and it seems Apple is on the verge (well, the app is already out in the iTunes store) of releasing its indoor positioning app to the public! 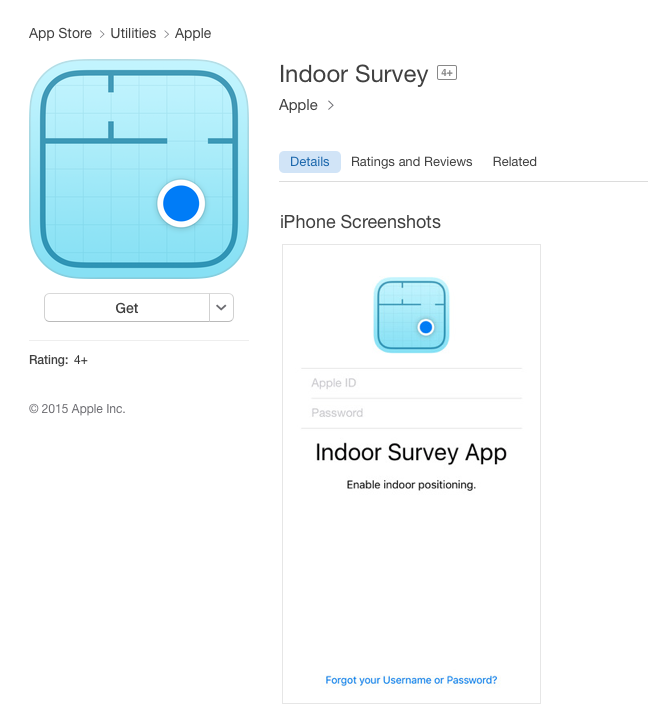 The app titled “Indoor Survey” (don’t bother searching the app store, its only accessible via the direct link, at least so far) has this description,

Apple insider tried out to install it 3 days ago and they weren’t successful as Apple still hasn’t really released it to the public. But it was 3 days ago. The app is only compatible with devices running iOS9.0 or higher, so if you have an iDevice check it out and maybe you are lucky 😉 (Related: Apple indoor positioning app ‘Indoor Survey’ spotted on iOS App Store).

The app launch doesn’t really come as a surprise, as last year Apple already had all the APIs (CoreLocation API) in place with iOS8 for just such an app! All said, Indoor positioning has really taken off as expected and has been on the fringe of being the “next big thing in marketing” for a few years now. Hopefully, the new Indoor Survey app from Apple will help nudge the indoor positioning market in the right direction.