Your smart phone will soon be able to predict where your going in next 24h. 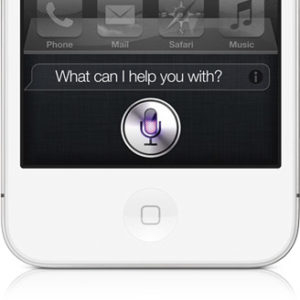 What results come out from Nokia Mobile Data Challenge  (data from smartphones of almost 200 participants captured constantly for 1+ year)? Researchers from University of Birmingham claim that they have devised an algorithm which is able to capture your mobility patterns and can predict, down to 20 metres, where you might be 24 hours later. A little bit scary isn’t it?

Dr. Mirco Musolesi, from the University of Birmingham’s School of Computer Science, who led the study, said: “Information extracted from the usage of a mobile phone is an intriguing source of data about people behaviour. We have shown that the accuracy of the prediction of an individual’s future locations could be improved if his or her previous movement and the mobility information of his or her social group are taken into account.”

Dr Manlio De Domenico, who took part in the research, said, “In a world dominated by social networks and always-connected mobile devices, the potential applications of our study are many, in particular for marketing, advertising, and personalised services. If a system is able to predict with reasonable accuracy where the user is directed, it could provide geo-localised and personalised recommendations based on his or her future movement. For example, a user might receive meal offers related to restaurants in the area they are moving towards.”

Mr. Antonio Lima, a Ph.D. student of the School of Computer Science involved in the study, said: “In order to predict movements of people accurately, this study leverages their synchronicity and correlation. For example, friends John and Emily usually have lunch together either at a Chinese restaurant close to John’s office. Sometimes, though, they like to go a little farther to a nice Italian restaurant. When Emily is heading to the Italian place, this algorithm uses this information to predict that John is very likely to go there soon as well.”

The potential of this study is huge. Mobile operators already says that they’re able to predict with over 90% probability where you will be in 24h, but 20 meters accuracy is something totally else. I can imagine situation like this “Siri could you tell my where I will be tomorrow at 7.33 pm”?

Two days ago I saw in New Yorker the translation of the poem of one of the greatest Polish poets – Wisława Szymborska, recipient of the 1996 Nobel Prize in Literature. She died in 2012 at the age of 88. The last poem she was working on just before she passed away is called ‘Map’ and I believe it perfectly summarizes why you and me love maps.

Flat as the table
it’s placed on.
Nothing moves beneath it
and it seeks no outlet.
Above—my human breath
creates no stirring air
and leaves its total surface
undisturbed.

Its plains, valleys are always green,
uplands, mountains are yellow and brown,
while seas, oceans remain a kindly blue
beside the tattered shores.

Everything here is small, near, accessible.
I can press volcanoes with my ﬁngertip,
stroke the poles without thick mittens,
I can with a single glance
encompass every desert
with the river lying just beside it.

A few trees stand for ancient forests,
you couldn’t lose your way among them.

In the east and west,
above and below the equator—
quiet like pins dropping,
and in every black pinprick
people keep on living.
Mass graves and sudden ruins
are out of the picture.

Nations’ borders are barely visible
as if they wavered—to be or not.

I like maps, because they lie.
Because they give no access to the vicious truth.
Because great-heartedly, good-naturedly
they spread before me a world
not of this world.

Translated, from the Polish, by Clare Cavanagh
NewYorker April, 14th, 2014