With Drive, Mapbox now has its sights on the in-car navigation market

Mapbox is one of the coolest geo-startups out there today and earlier this month, they announced a new SDK – Mapbox Drive! The latest SDK from Mapbox is targeted at the in-car navigation market and in particular at Driving Assistance Systems that are fast becoming mainstream, in a world waiting for autonomous cars!

Mapbox Drive is the first lane guidance map designed for car companies to control the in-car experience. Built specifically for semi-autonomous driving, ride sharing, and connected cars, the map is updated live from our network of sensors. From designing the map to customizing the navigation, we’re building the platform for you to own every aspect of the relationship with the driver. – Mapbox

Mapbox raised over $52 million in June last year, in what is possibly the biggest funding round for a mapping company. Fast forward to today and the company has clearly announced its intention to enter the autonomous car world sooner than later. The startup has been giving Google Maps APIs a run for it money and it looks like there are now entering the territory of HERE and TomTom.

The race to map the world for autonomous cars

In a sense, Mapbox has taken a leaf out of the Tesla playbook by using crowdsourced data to improve their maps for in-car navigation and ADAS input. Incidentally, Mapbox is using Amazon Web Services to process all this data (Read: Semi-Autonomous Driving Using EC2 Spot Instances at Mapbox).

With Mapbox Drive, the startup now has a seat at the table for in-car navigation but it is still too early to say that there in the autonomous car market but definitely that’s where the golden rainbow will lead. HERE and TomTom are definitely way ahead of the curve when it comes to mapping the world for autonomous cars and in some sense have the scale and resources to do it across the world without much crowdsourced data. It is going to be interesting to see how Mapbox plans to map the world in HD!  Either way, the race to map the world for autonomous cars just got more interesting! Way to go Mapbox! 🙂 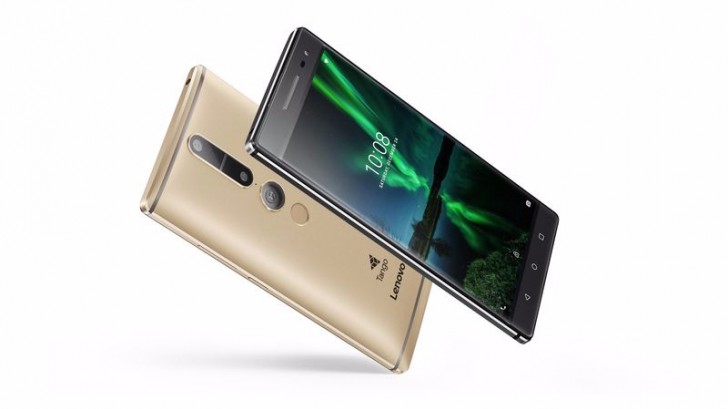 Today Lenovo announced a new range of three smartphones that will be available in stores around the world later this year. There is the Phab 2 and Phab 2 Plus which are basically enormous phablets with 6.4-inch oversized displays. But for us the most interesting is the third one – The Phab 2 Pro which is the first phone ever that supports Google’s Tango 3D mapping technology.

Tango, unveiled nearly two years ago, is Google’s technology that allows devices to map the 3D space around them in real-time using a combination of cameras and image depth sensors. It means that smartphones, tablets or other devices can measure the dimensions of a room, measure distances between objects or display them in a camera’s view as augmented reality. Earlier this year Lenovo and Google announced a partnership as well as showcased the technology. But this is something else… It’s an actual device that everyone can buy.

The Lenovo Phab2 Pro is a flagship device with a 6.4-inch Quad HD display, 4GB of RAM, and five cameras, three of which are next-gen depth-sensing smart cams. The regular back camera has 16-megapixels and the front one features 8-megapixel sensor. The phone is equipped with a fingerprint scanner, a 4,000mAh battery, and all of the other features you’d expect on a modern Android smartphone.

The Phab2 Pro will be available in September for $499. Oh boy, I want to have one of those!