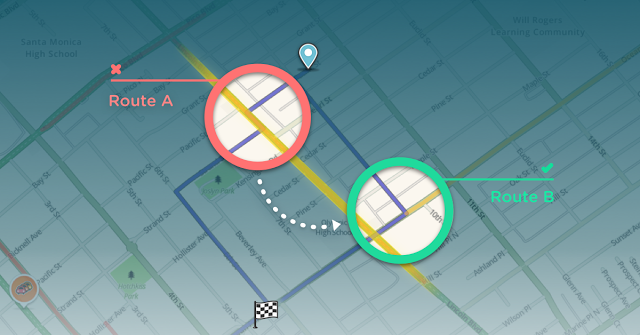 You know those intersections with 3 lanes in each direction, huge traffic and you trying to turn left… My Mom hates them. It’s simply a very stressful experience. When she is in an area she knows, she doesn’t mind taking a longer route just to avoid such places. But what about cases when she goes somewhere new?

Waze is trying to address this issue with a new feature called “difficult intersections” which is being tested in LA. The app uses its crowd sourced data to help you bypass these stressful intersections when possible. The feature is designed to balance a decent ETA with limiting as many of these difficult places as possible.

If is worth mentioning for those of you who live in LA that after the latest update to Waze, the feature is by default turned on but you can easily turn it off in the settings. Another round of tests will be rolled out in New Orleans soon and eventually “difficult intersections” will be available around the world.

It is really great to see that after being acquired by Google back in 2013, Waze is still a great app with a lot unique features. It’s an also a testbed for all the cool and crazy new ideas which Google could not easily add to Google Maps.

Scary real-time map of earthquakes around the world 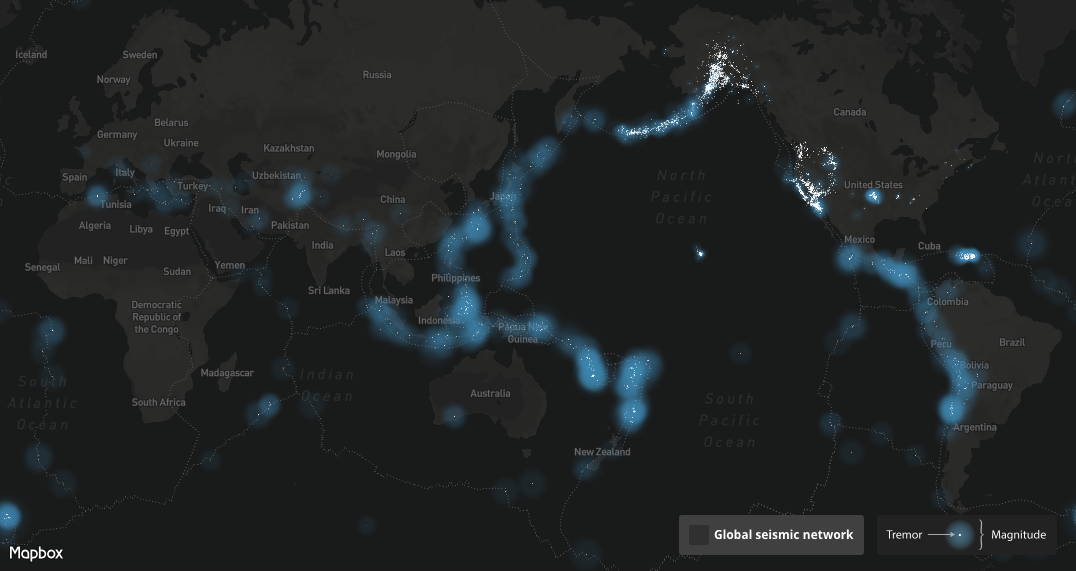 Earthquakes are much more common events than one might expect. According to the U.S. Geological Survey there are on average over 14,000 earthquakes of magnitude 4 or greater every year, which is approximately 40 per day. Even large tremors of a magnitude of above 6 occur on average 150 times a year.

Every movement of the surface of the earth is constantly monitored by the network of over 150 seismological and geophysical sensors called the Global Seismographic Network. These devices listen for signs of earthquakes and nuclear tests, they help geophysicists to image Earth’s interior and they are a part of the early emergency population warning system that is supposed to alert people around the world about an upcoming danger. 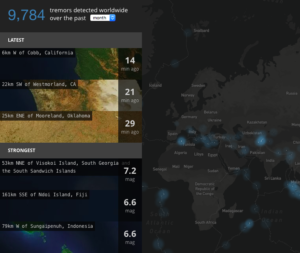 The seismic data from the sensors is open to the public via earthquake data feed so that everyone could reuse it for research, apps or other purposes. Mapbox designer Peter Liu decided to work on it and he created this awesome but very scary real-time map of Earth tremors around the world.

One the left panel you can see a list of the latest and strongest events. You can also selected unit of time (day, week, month). Moreover you can click on every tremor to learn the details about it.

Earthquakes are typically caused by the movement of Earth’s tectonic plates. Sometimes they are also triggered by volcanic eruptions or meteor impacts. In most cases we don’t hear about them as the tremors are rather small or distant. But when it hits somewhere close to where people live, it typically causes a disaster on a huge scale.

This amazing map allows us to get a sense about the scale of this natural phenomena but also to understand a bit more its spatio-temporal patterns.