Uber is a great example of a company that has built an incredible business using the core competencies of GIS at the backend and a very straightforward and intuitive UX. Their business models and other aspects of their business are up for debate but its hard to deny that they have an amazing user interface (and a great design team to thank for that).

Uber has been using maps since their inception for a wide variety of applications ranging from visualization your uber ride on the map, to helping cities understand traffic patterns better, to map road conditions. 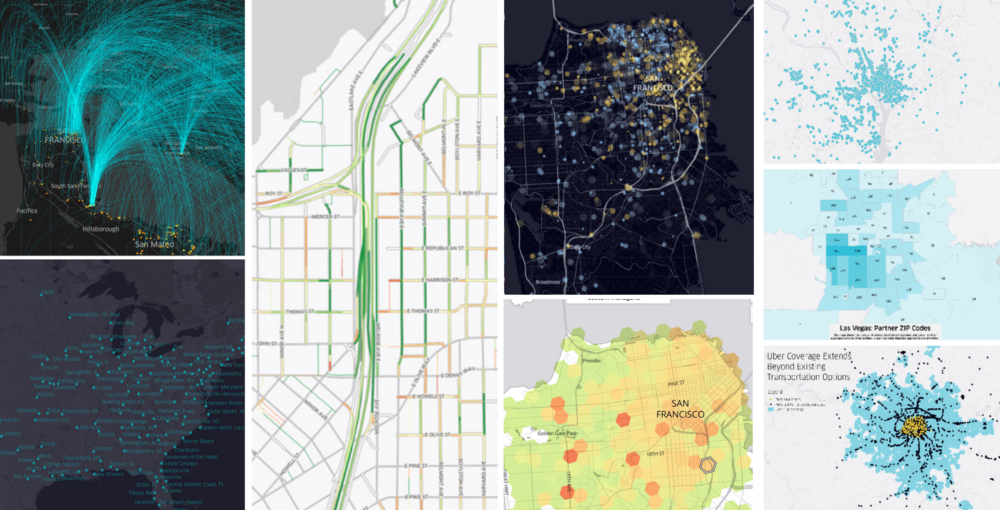 “Many teams, many maps” – A collage of maps created at Uber in 2016. Image Copyright Uber Design

But how does a company like Uber approach mapping & visualization? Do they have a unified outlook towards Cartography or is it more tuned towards the application? What tools do they use?

Erik, the lead of the Data Design Team at Uber, wrote an engaging blog post on “Crafting Data-Driven Maps” that answers all of these questions and more! It’s totally worth your time – do check it out. 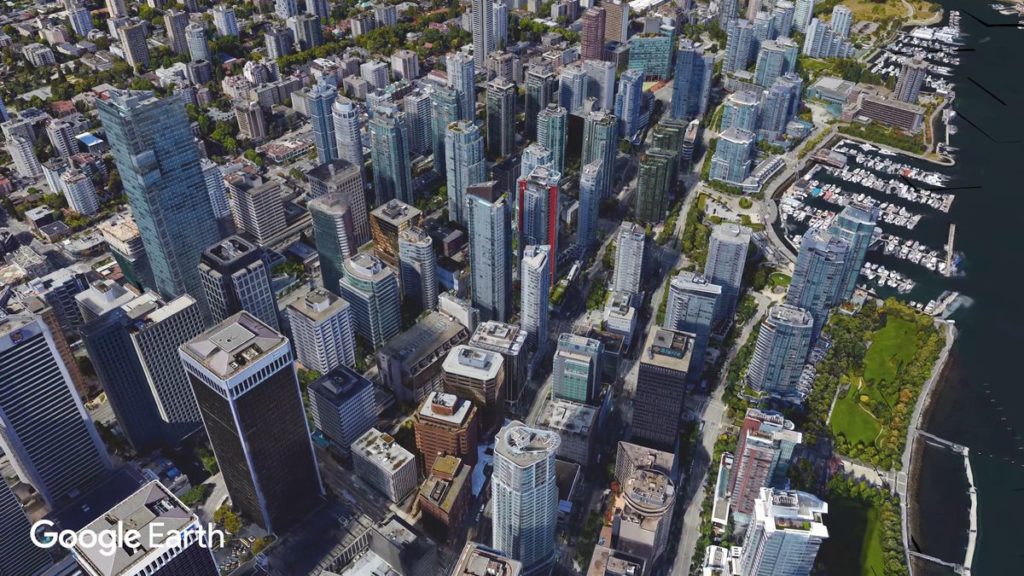 Today Google released a new version of Google Earth (version 9). Unfortunately, it’s not a new standalone desktop app. This version is again designed to run in a Web browser (limited to Chrome). There is also a new Android app (and iOS coming soon).

The new version features a couple of cool improvements including destination discovery, knowledge cards and much better 3D navigation. Additionally, Google Earth now suggest “Points of Interest” it thinks the users will like based on what they have searched for in the past.

But the biggest new selling points are interactive tours. This feature is called ‘Voyager’ and it enables people to take interactive journeys guided by experienced scientists and documentarians from BBC Earth, NASA, Sesame Street, and the Jane Goodall Institute. 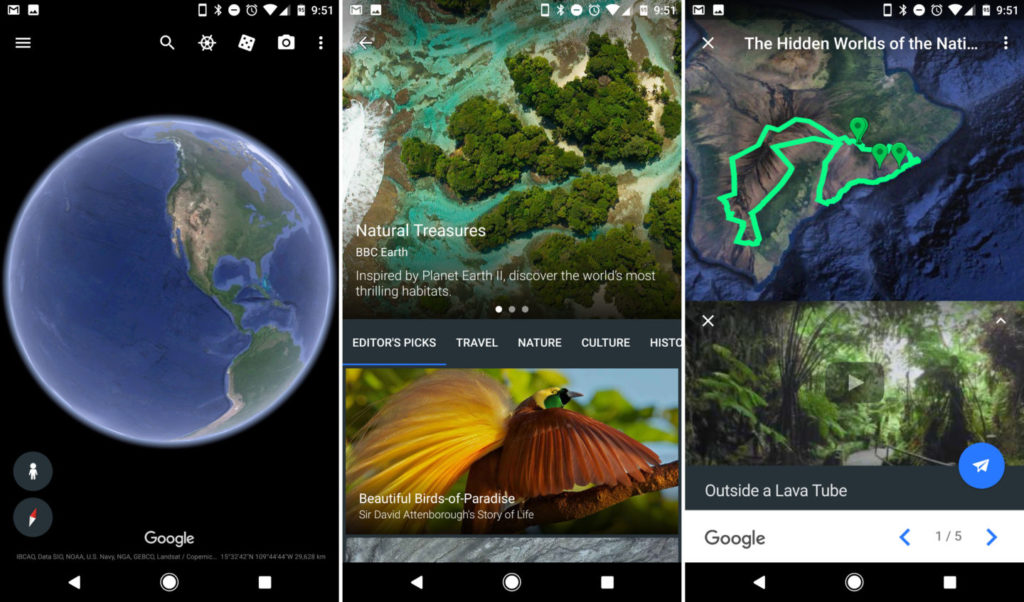 This new released is really cool but I’m a bit disappointed that there is no update to the Google Earth Pro desktop app which is still stuck on version 7. It has a lot of great pro features likes measurements and recording that aren’t available in the Web browser version.

It is great to see that Google is still investing in the product but we would definitely like to more pro features during the next releases of the app.