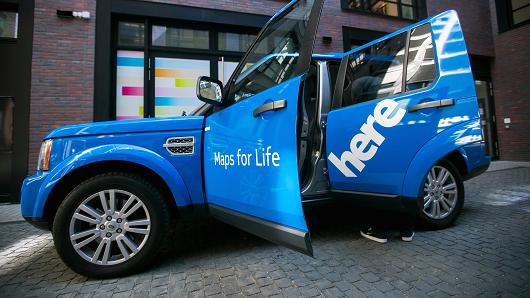 Two weeks ago we’ve reported that Nokia is planning to sell its mapping unit HERE, as part of an ongoing restructuring of its business. The list of potential buyers included the major global tech brands: Apple, Microsoft, Amazon and Alibaba. This week we finally had some facts. The consortium of German car-makers including BMW, Audi and Mercedes together with Chinese mapping giant Baidu put an formal bid to acquire HERE with on offer of over $2 billion.

Today Uber joined the race for Nokia’s mapping unit and has submitted a bid for as much as $3 billion. Uber’s interest in mapping data is obvious as location-based services is a core part of its business. Right now Uber is forced to use external mapping APIs but a purchase of HERE could bring some of that technology in-house. The company has already taken steps in that direction with the acquisition of mapping company deCarta earlier this year. But that’s not all. Uber is heavily working to a driver-less taxi project where it aims to quickly dominate global markets. HERE’s mapping technology could help to develop the project as well as it would allow to keep competitors from having the same road network data.

Stay tuned for another round of news about Nokia selling HERE. We’ll report you all the updates.

Hi Geo-Geeks! This week we’ve got for you something special – Satellite Challenge. Location of 10 satellite pictures to guess… And we promise that it won’t be easy! Remember to share your score with the world! And to check out our other GeoawesomeQuizzes!  All pictures used come from Earth View – Google Chrome plugin.