It’s that time of year again. Christmas time. The time when millions of people around the world celebrate the birth of Jesus Christ, meet with family and friends, give and receive gifts. But was is it all about? We try to answer that question with these 15 maps, charts and infographics.

1. Christmas around the world 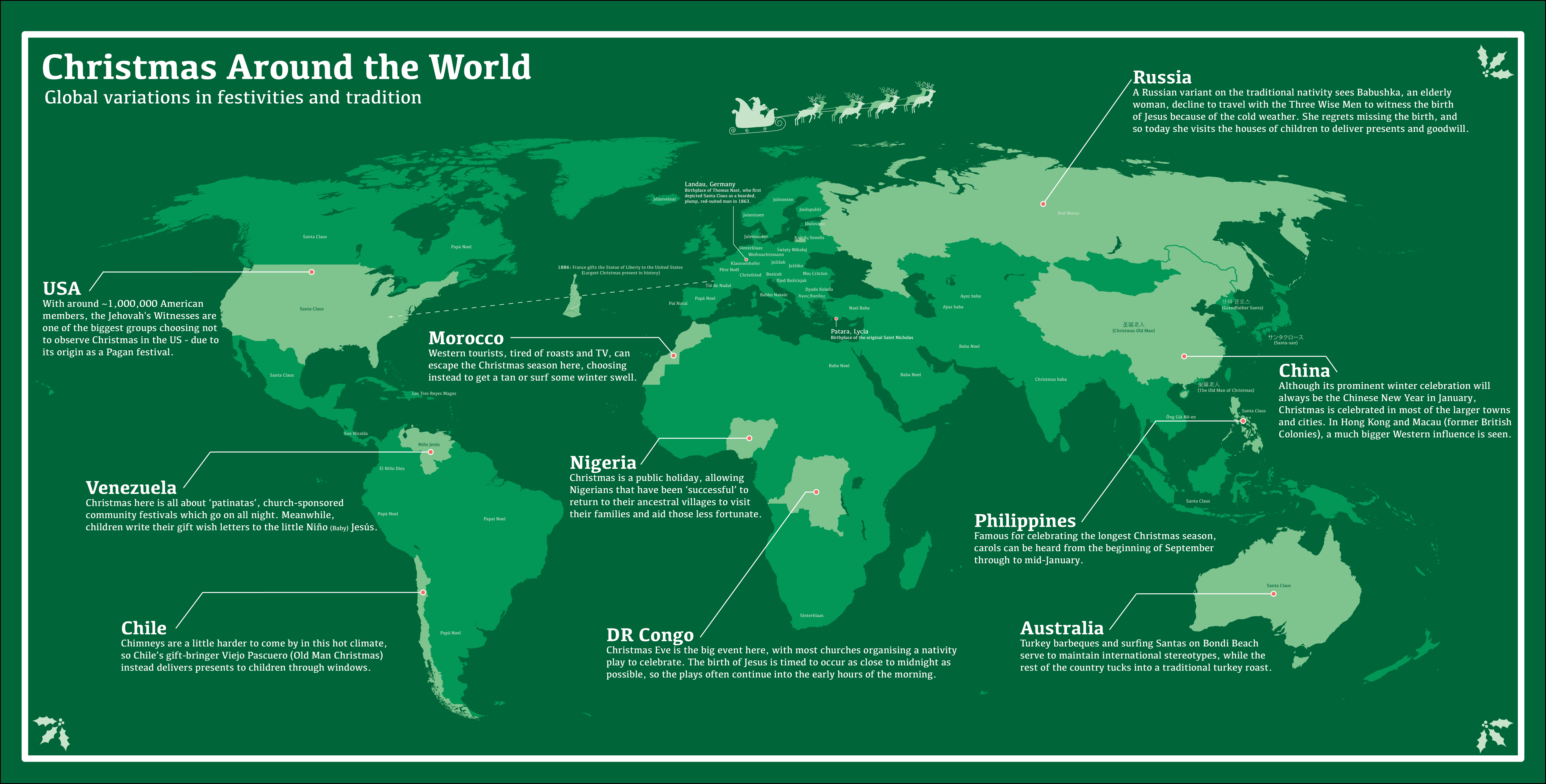 2. Christmas around the world 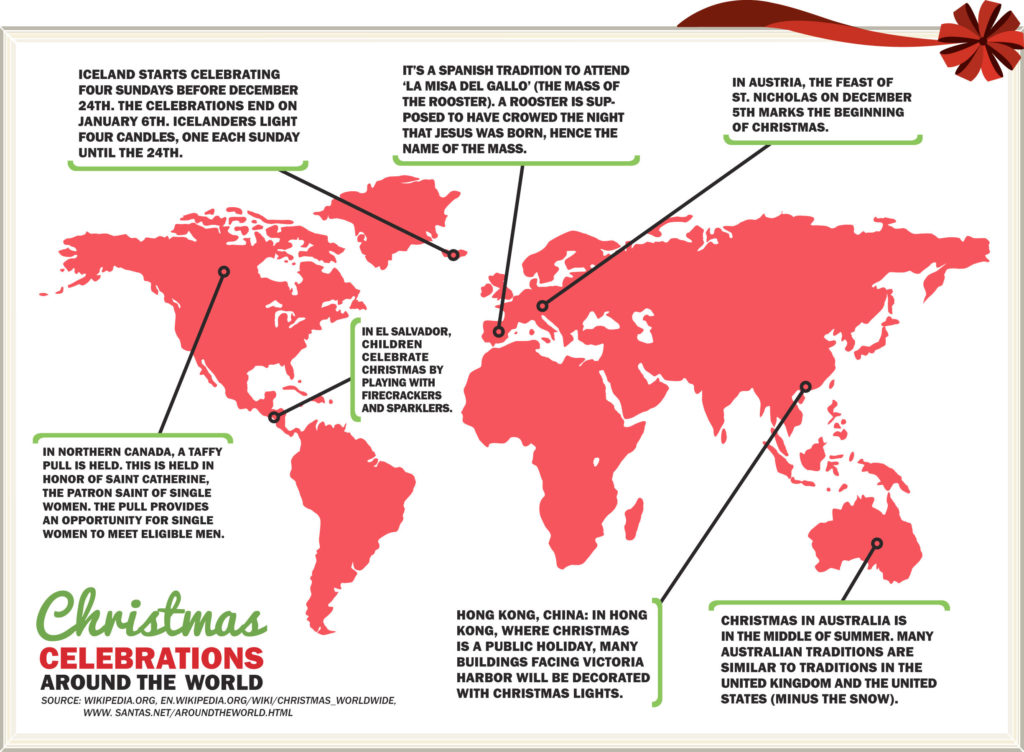 3. Bethlehem map – The Birthplace of Jesus 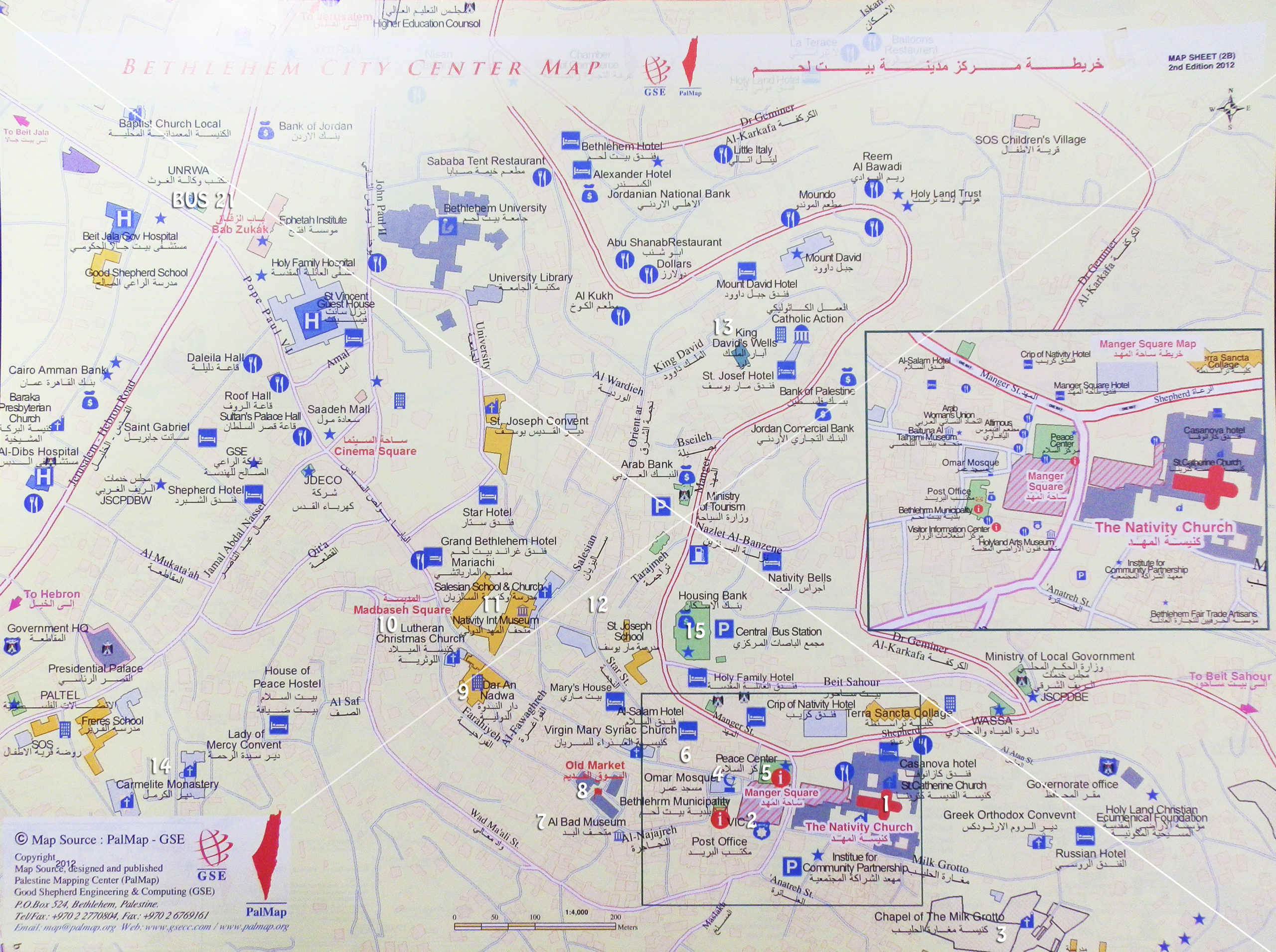 4. Map of Countries that do not recognize Christmas as Public Holiday 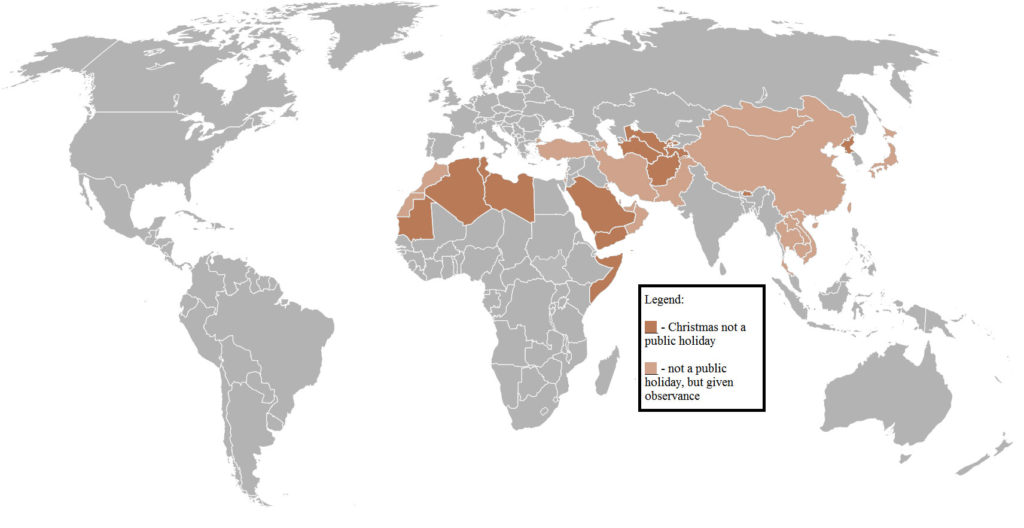 5. Percentage of Christians per country

6. Animated map shows how Christianity spread around the world

7. The history of Christmas

8. Christmas Dinner Around The World 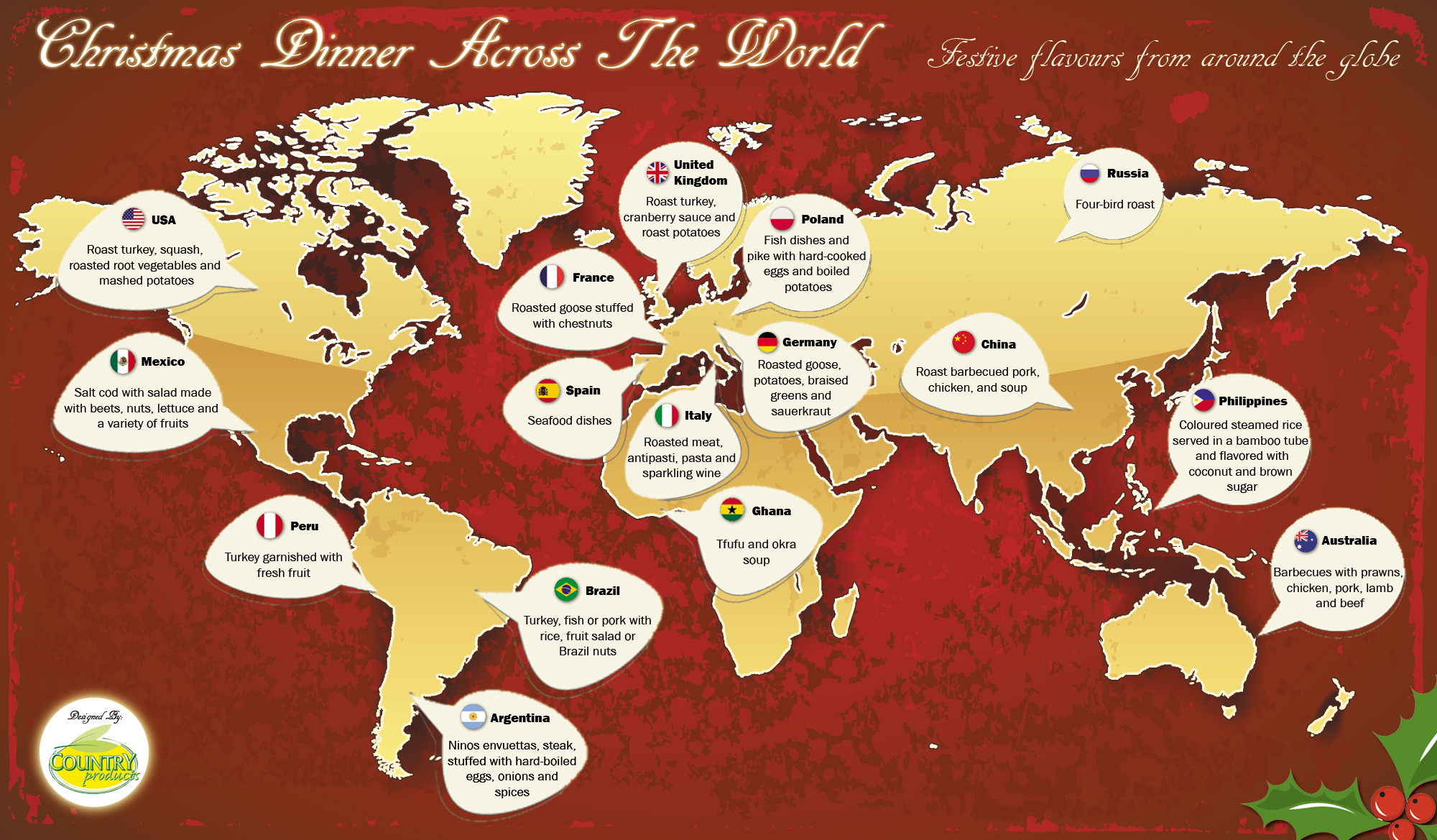 9. Where do your Christmas trees come from? 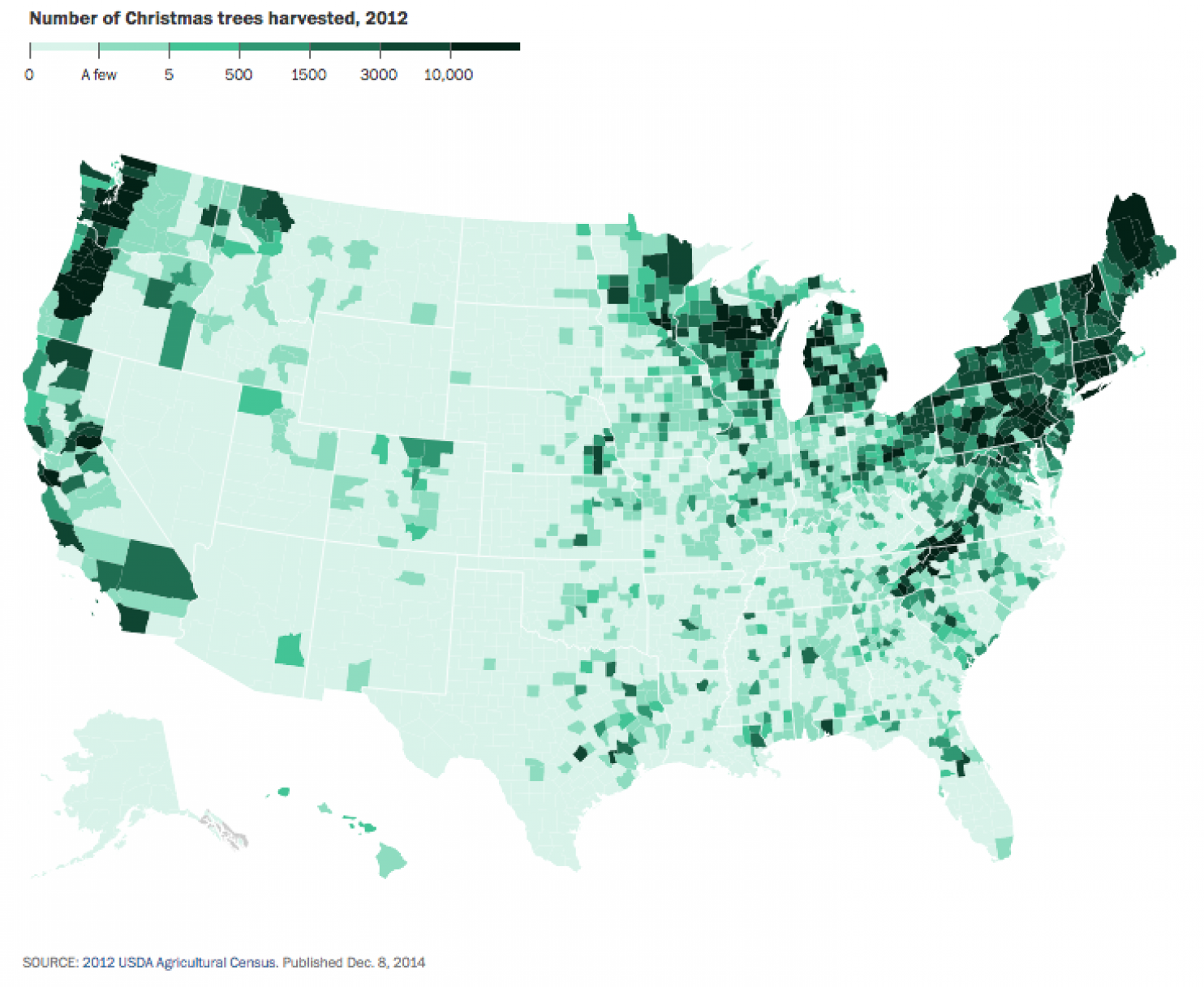 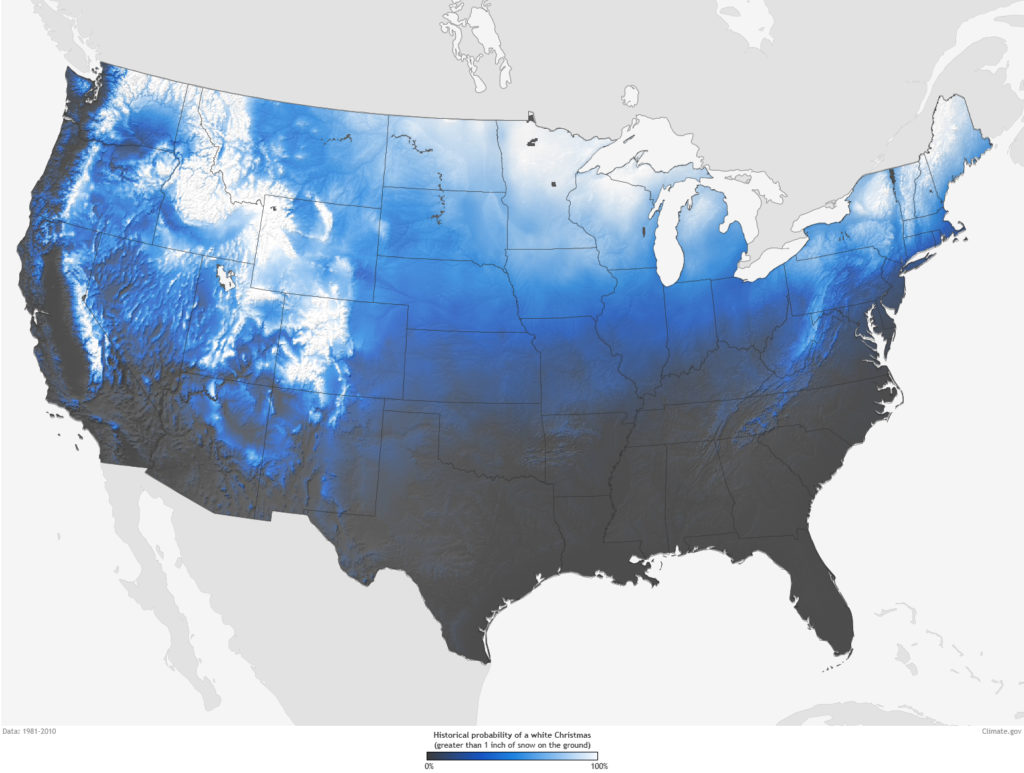 11. The Origins of the legend of Santa Claus

12. What Does it Take to Prepare for Christmas

14. The Business of Christmas

15. Map of America’s favourite Christmas artists by state according to eBay 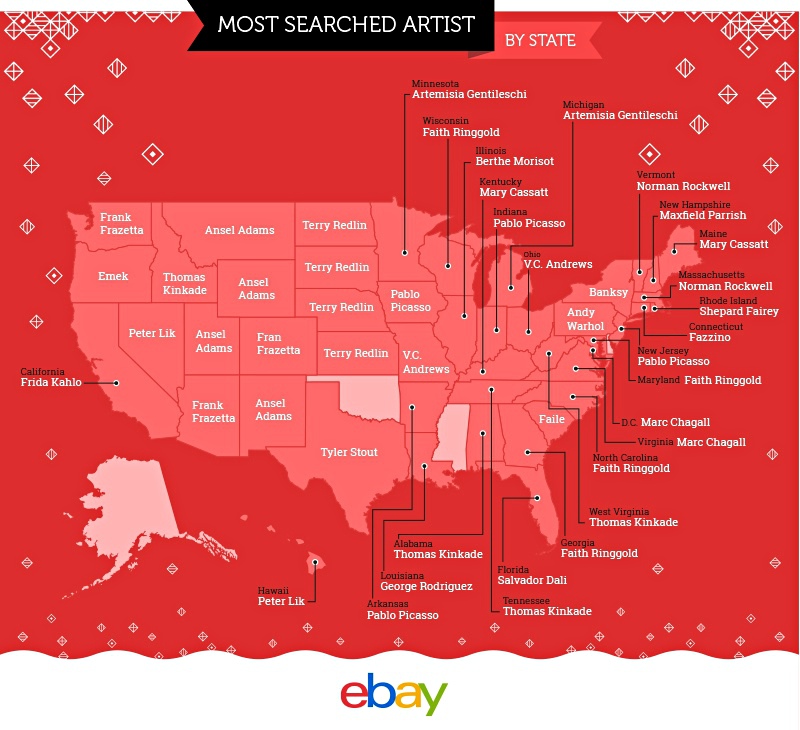 The main target clients of Carto come from business industries such as Real Estate, Financial Services, Telecoms, Government, and many more.

According to the data management needs of the GIS developers, data scientists, and analysts, Carto offers cloud-native, on-premise, and hybrid deployments to support them connect their various data sources, including data warehouses and business intelligence (BI) tools. Carto supports the data format from multiple sources. Users can connect to cloud data directly, but also upload local files for historical data.

After that, Users can operate and enrich their data using SQL queries. Carto also provides their own data catalogue for its clients. The company has compiled around 10,000 data sets from both open data sources and private providers. Carto’s spatial data consists of road traffic, human mobility, financial, housing, points-of-interest (POI), and other public and premium datasets.

After data enrichment and management, users can conduct spatial analysis and perform spatial analytics using Carto’s self-service Carto Builder in the cloud, which can help teams create maps in a short time period. All of the spatial extension from Carto runs on top of all the major data warehouses, giving users a complete, performant, scalable, and secure suite for geospatial analysis. Furthermore, a Python package called Cartoframes can be used to integrate Carto into existing workflows, which is convenient for data scientists.

Carto has built a business relationship with lots of customers, such as Renault, JLL, Bumble, DHL, T-Mobile, Coca-Cola, and Mastercard. Besides, Carto also participates in Europe’s NextGenerationEU program.

Except for USA and Europe, Carto also raises the interests from China. With a 1.6 billion population, China has the biggest potential location intelligence market. However, there are some potential competitors from China existed, including Geohey, GeoQ, and Changjing.AI.

After 9 years of development, CARTO has established a team with more than 150 employees spread across the US and Europe. The headquarter of CARTO is located in New York, with additional offices in Madrid, Seville, and London. Carto had raised some $31 million before now, including its previous $23 million Series B round in 2015.