The North Atlantic Treaty Organisation (NATO) is a military alliance originally established in 1949 with 12 member states, including America, Britain and France. The goal of the alliance was to avoid future war in Europe and to allow stable growth in peace. Today, NATO has 28 members including most of Europe, representing a population of more than 900 million.

The main goal of NATO is set out in Article V of the North Atlantic Treaty, which says that an “armed attack against one” NATO member “shall be considered an attack against them all”. As the US is the biggest military power in the world effectively the agreement binds America to defend Europe.

The following maps and charts try to explain what is NATO and why it’s needed.

2. Countries with a promised invitation to NATO 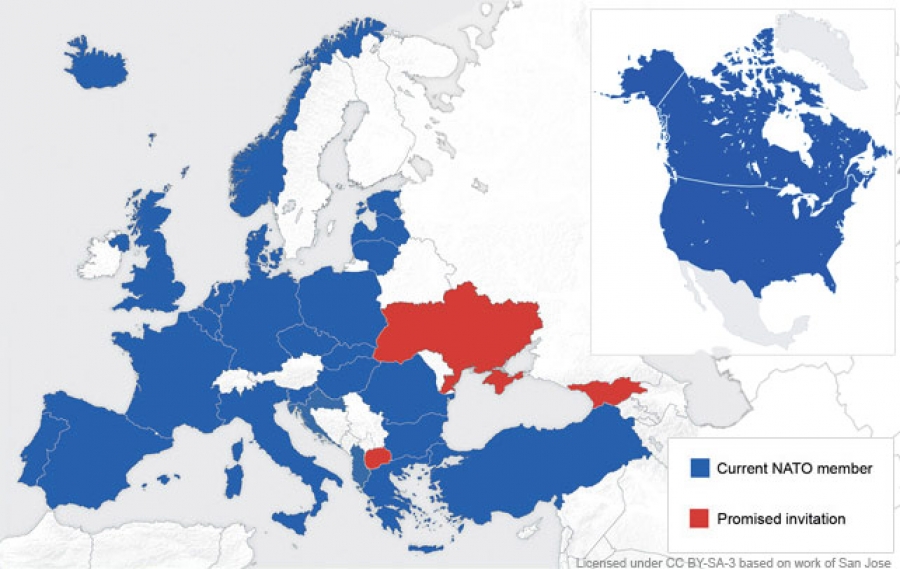 3. NATO has added 12 new members since the German reunification and the end of the Cold War. 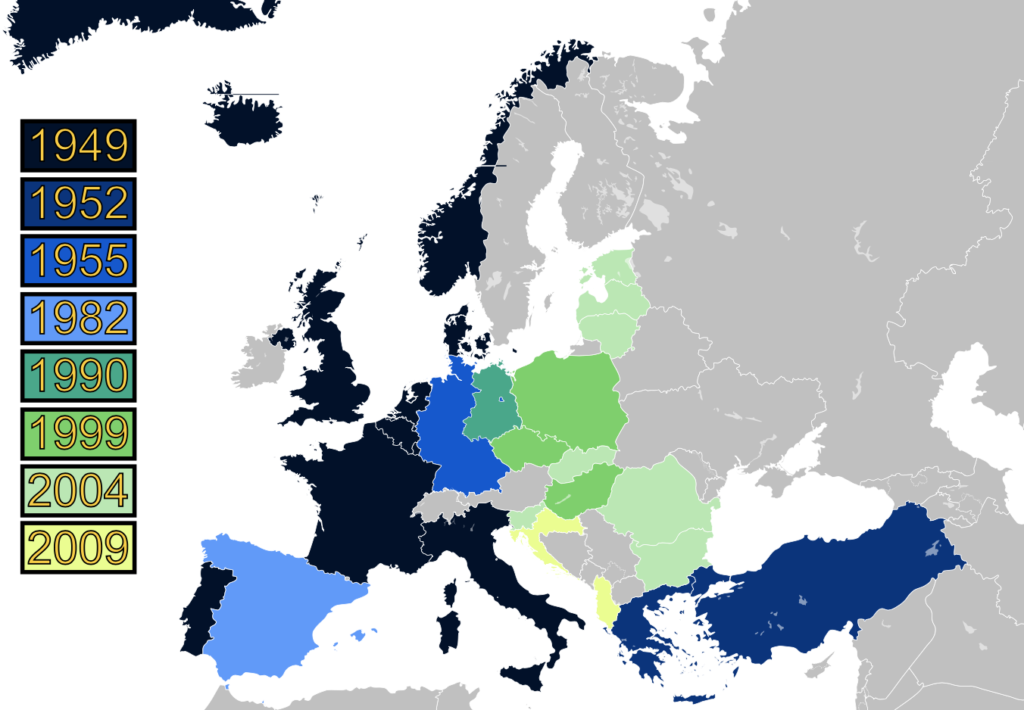 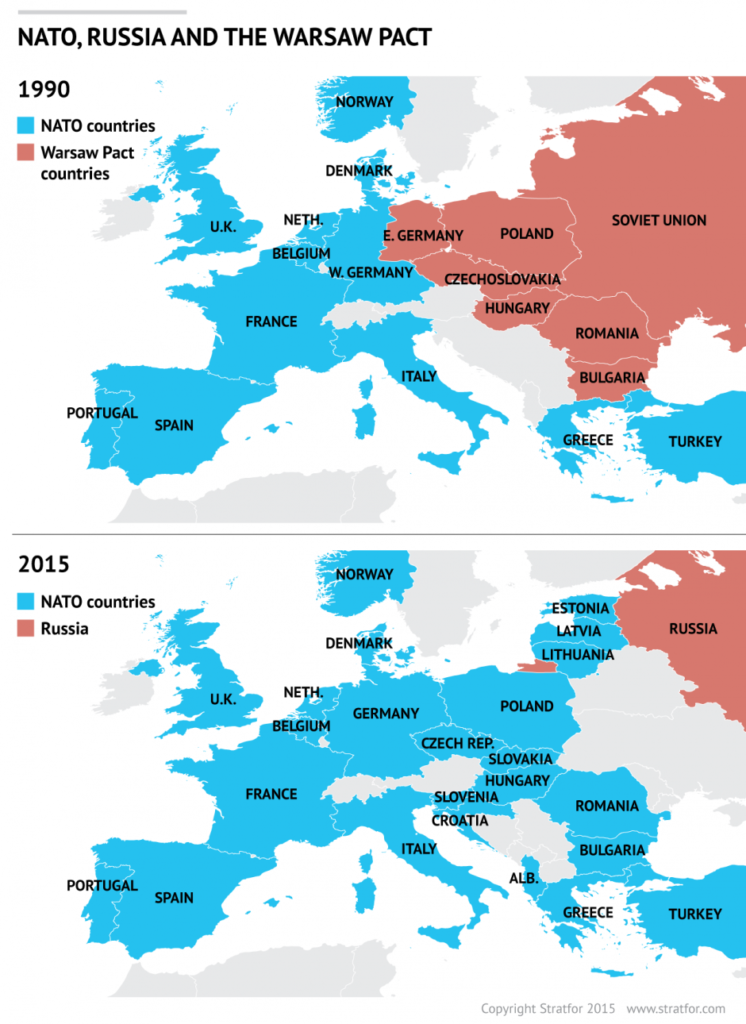 In 1949, the prospect of further Communist expansion prompted the United States and 11 other Western nations to form the North Atlantic Treaty Organization (NATO). The Soviet Union and its affiliated Communist nations in Eastern Europe founded a rival alliance, the Warsaw Pact, in 1955. 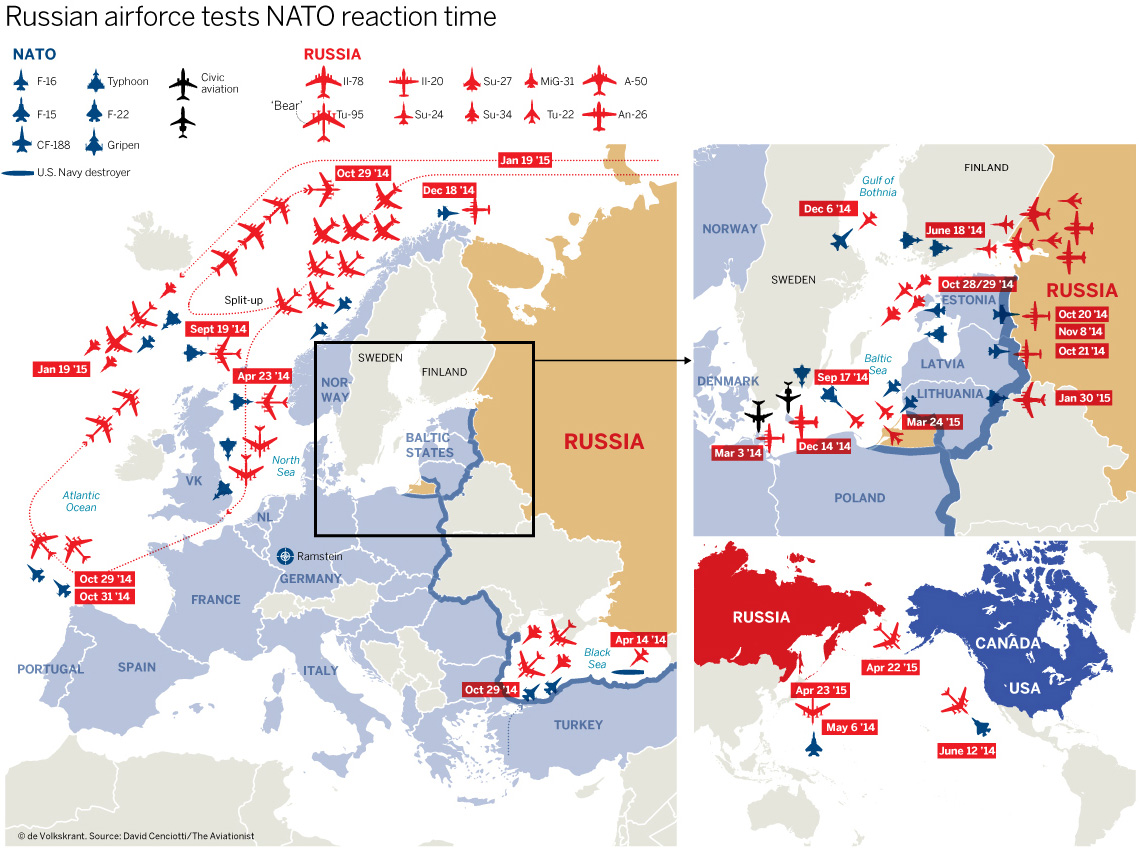 6. Nuclear weapons around the world 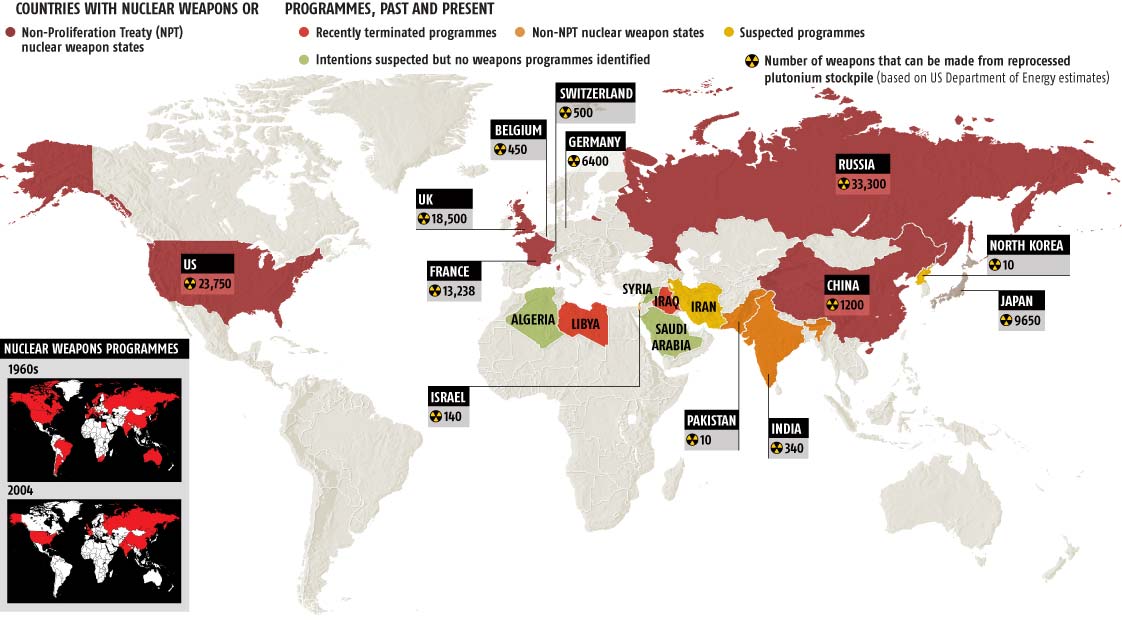 7.  Risk of unintended war with Russia 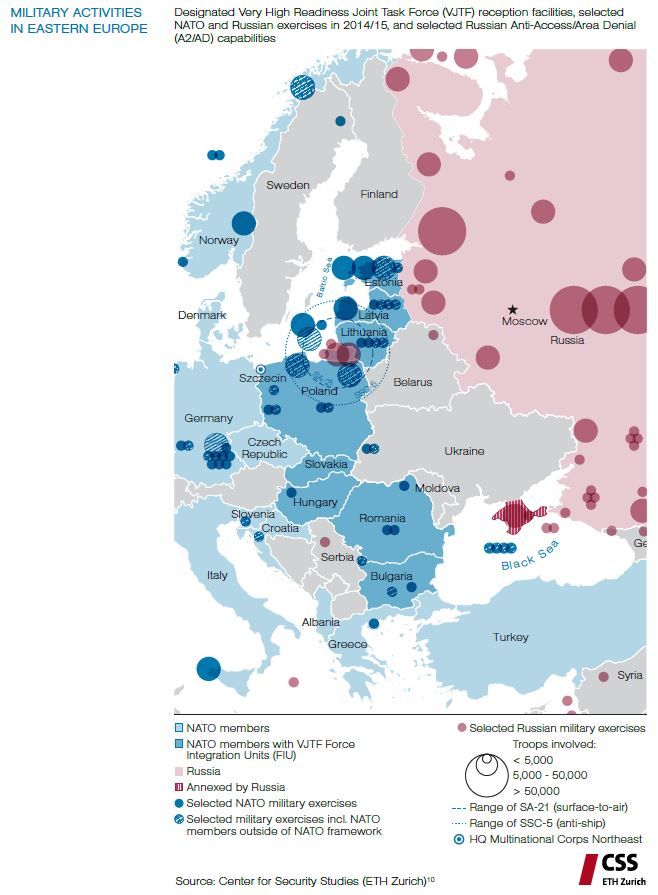 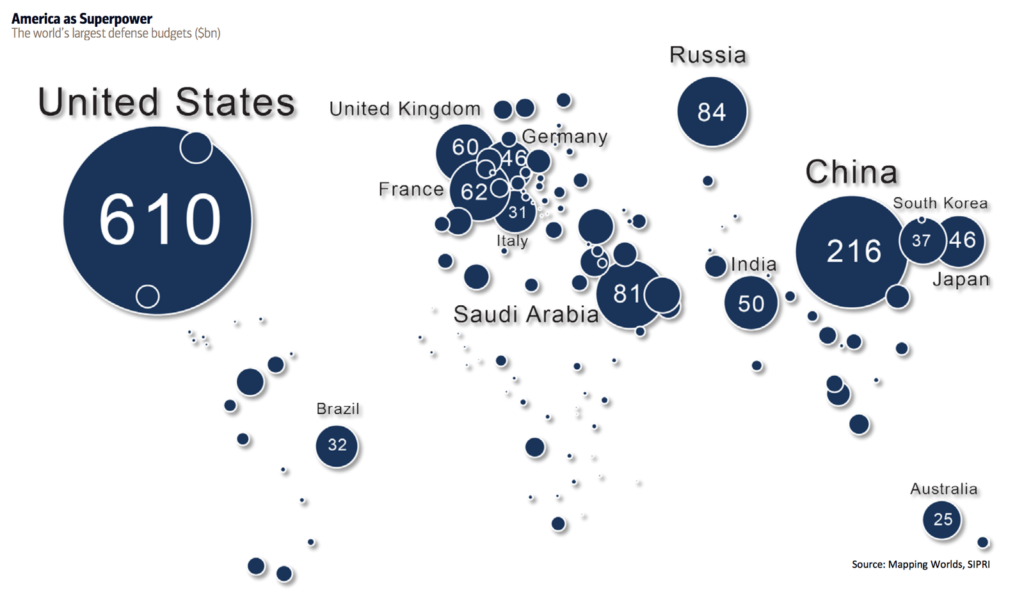 9. The US spends more on the military than the next 15 countries together 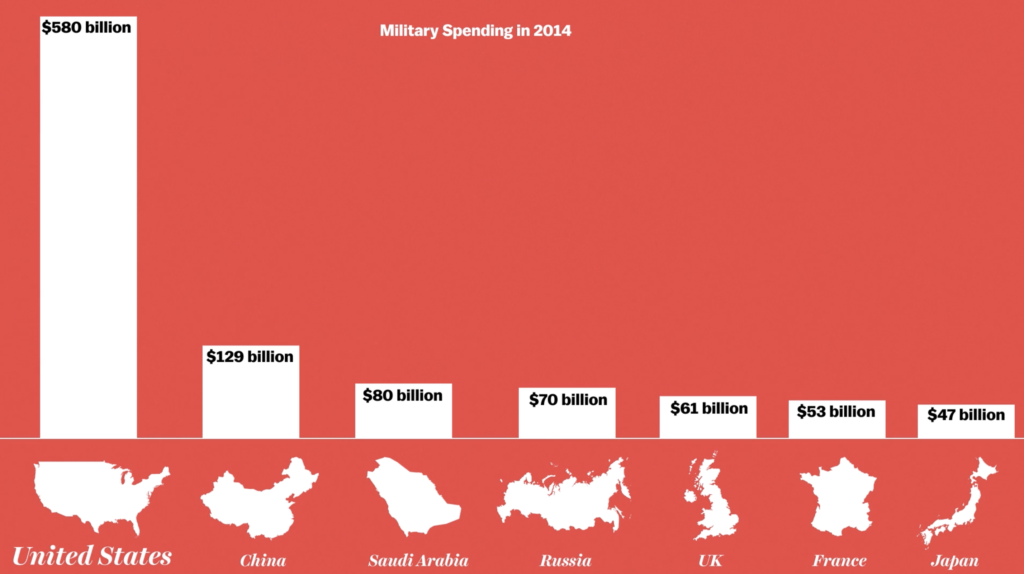 The US spends more than the next 15 countries combined on its defence budget. China is the only nation approaching the US’s defence budget, In 2015 Chinese military budget increased from $129 to $216 billion.

10. Eduction vs military budgets by country 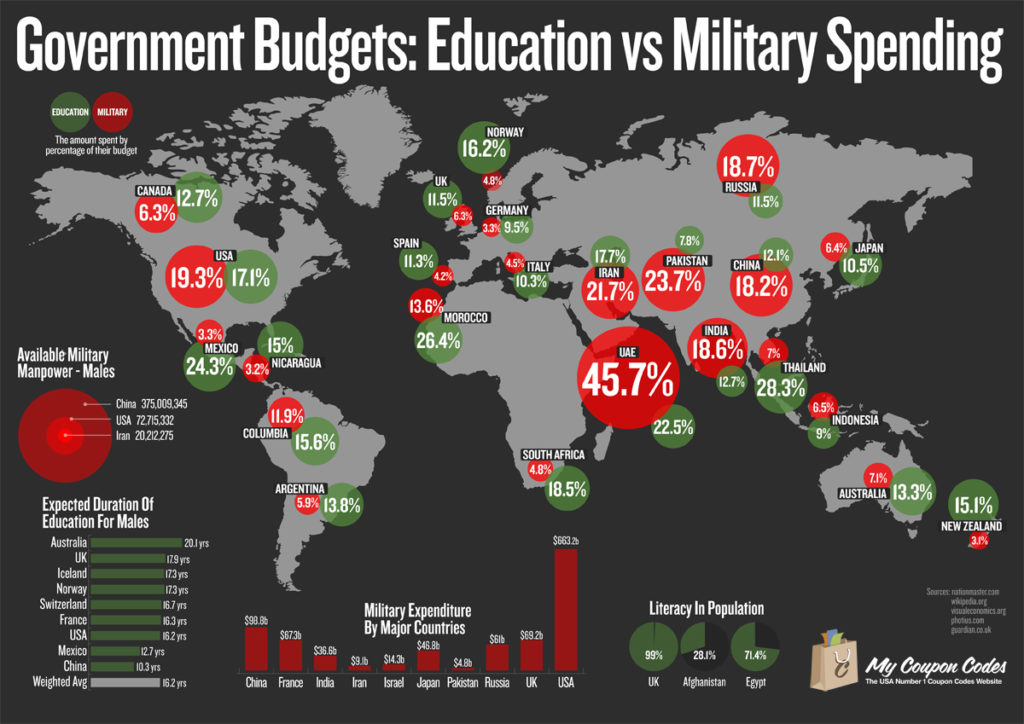 11. US military based around the world

12. And a closer look into US military bases 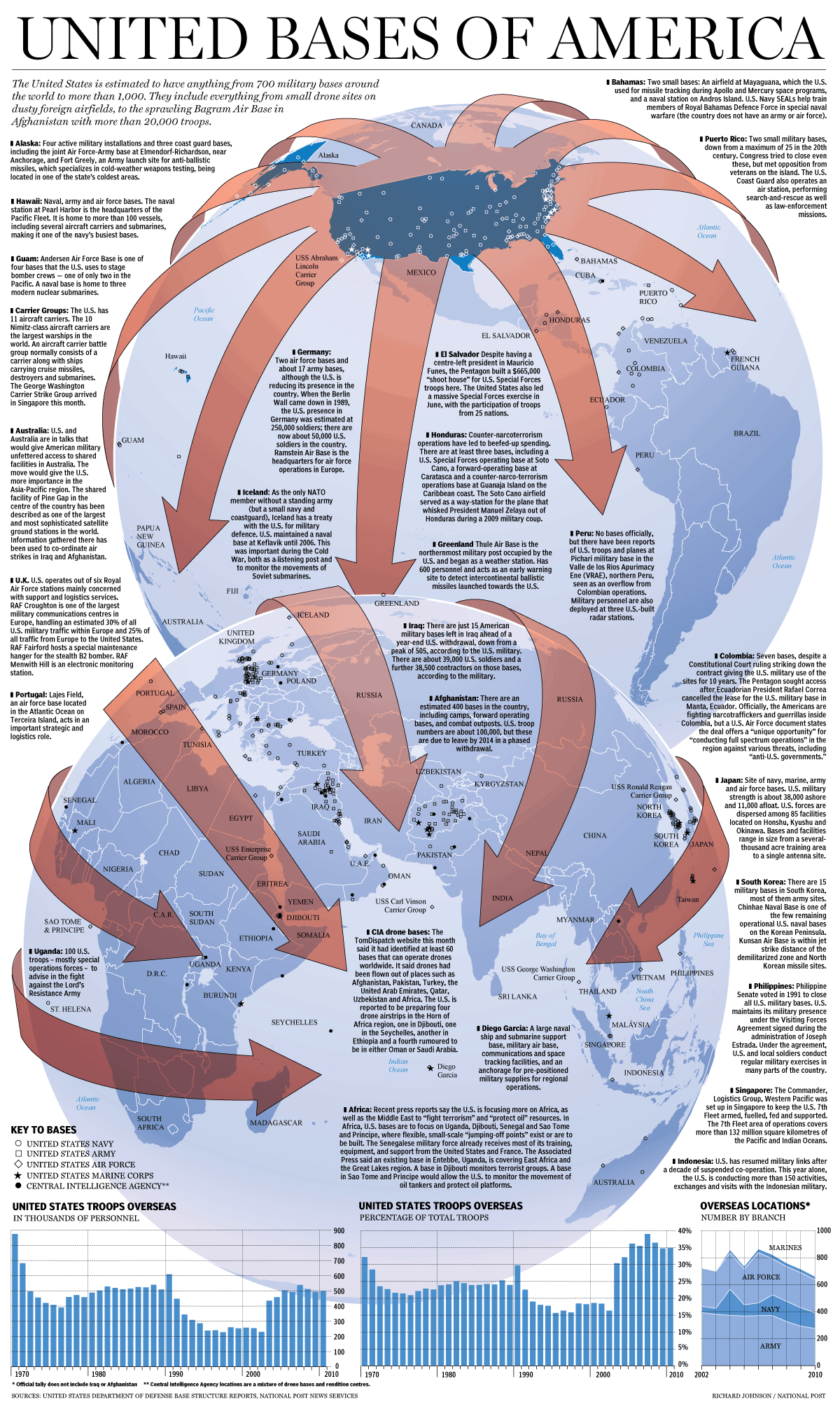 13. Current and past NATO missions 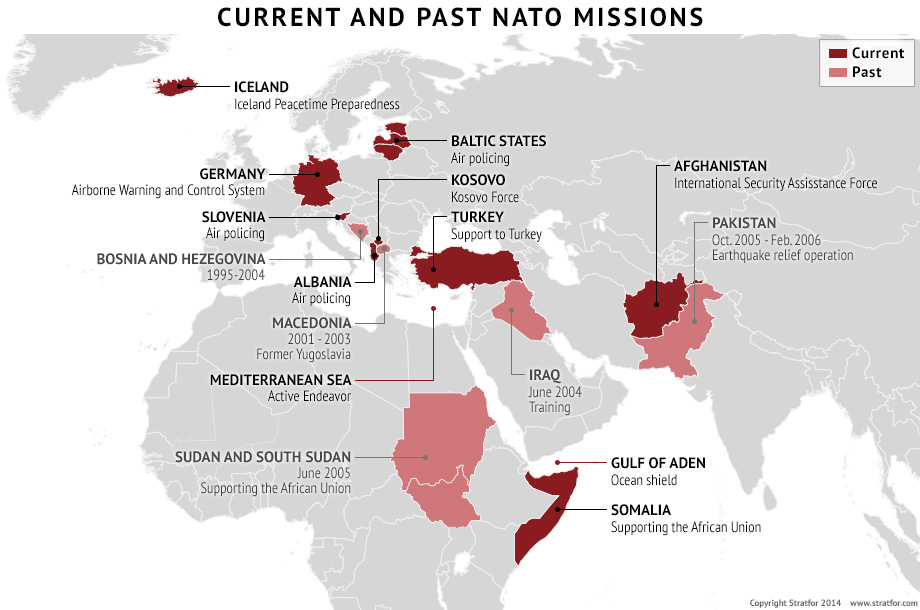 14. How World War 3 Could Destroy The Planet

Say thanks for this article (4)
Aleks Buczkowski
965 posts
Want to be an author? 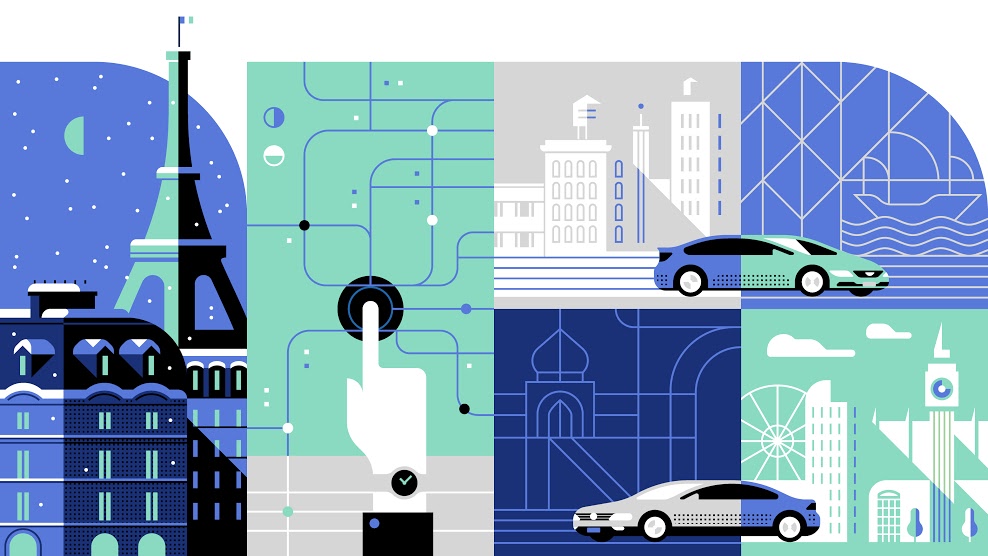 Amit Singhal, Google’s former Head of Google Search who left the company in February 2016 has just joined Uber as senior vice president of engineering to lead its Maps and Marketplace unit.

Catching the next ride of my professional journey with @travisk at @Uber pic.twitter.com/EGQn7VQTDJ

It’s not a surprise that Uber is investing a lot in spatial data, as it’s one of the biggest location-based service companies world-wide. The quality of maps, addressing and positioning is a key to deliver a high quality service and when scaling the business up the company cannot afford to be fully dependent on Google Maps API. It’s important also in the context of Uber’s autonomous taxi project which requires top quality 3D mapping data that Google is not willing to share.

Two years ago Uber showed the first signs that it wants to become independent from Google by singing a deal with TomTom. The integration of data from various data sources is much more difficult than it sounds (Apple Maps problems is the clear proof for that statement) and today the company still relies mainly on Google Maps.

At the same time Uber is building its own mapping solution. In 2015 the company acquired mapping cars unit from Bing Maps and additionally some of its cars are equipped with special cameras to gather data source for map making process. Last year Uber reportedly spent around $500 million on building its own maps.

All these proves that mapping data are a key to build a sustainable business. Fortunately for the map making industry, it starts to be clear to everyone.