More than 1000 days have passed since we published the Top 100 Geospatial Companies and startups list back in 2016. We are currently working on updating that list (pretty outdated by now, actually) with the panel going through each submission and giving their inputs. The new list will be published at the beginning of January next year. In the meantime, decided to dig a bit deeper into the old list and see what has happened to them? Are the companies thriving, dead or acquired?

So which companies have been acquired since?

All you need to know about DJI’s new, improved geofencing service 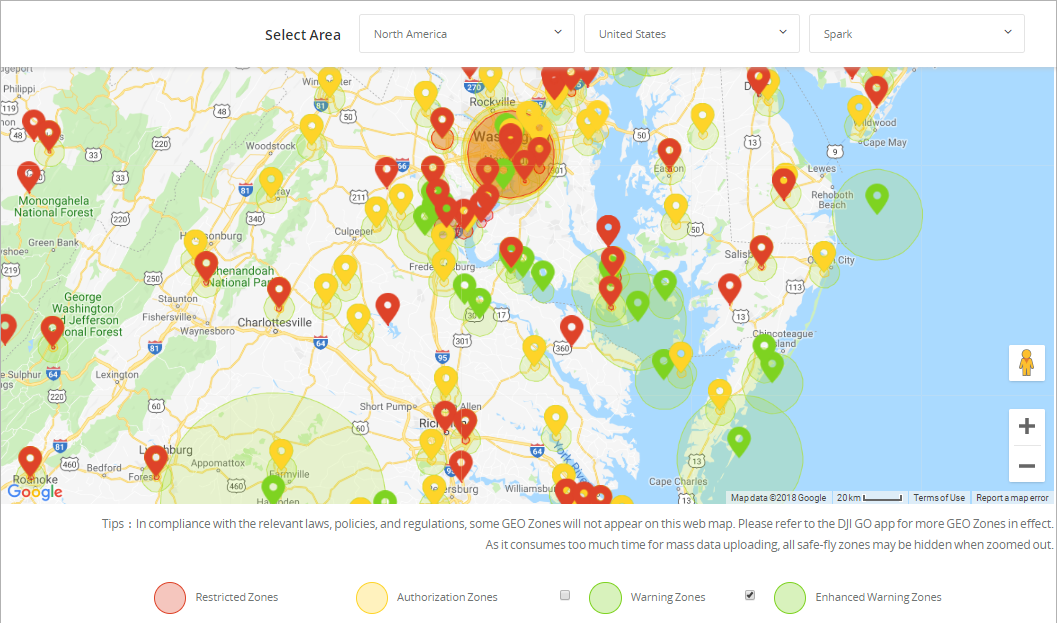 Geofencing is a location-based service which creates virtual boundaries or invisible force fields around real-world geographic areas. This is the technology which keeps a supported drone from accidently venturing into a sensitive no-fly-zone, for example, an airport, nuclear power plant, or a high-profile event.

DJI has been using geofencing in compatible drones since 2013, refining the technology into Geospatial Environment Online (GEO) system in 2016. DJI started rolling out GEO 2.0 to customers in November 2018. So, what is GEO 2.0 and how is it different from the previous avatar?

Developed in collaboration with the Aircraft Owners and Pilots Association (AOPA) and the American Association of Airport Executives (AAAE), GEO 2.0 uses a ‘common-sense approach’ to offer clear benefits to both manned and unmanned operators.

A standard geofence is circular in shape, with the biggest at-risk area forming the nucleus. However, in such an arrangement, the regions where safety risk is much, much lower also become off-limits. DJI’s GEO 2.0 follows a detailed 3D ‘bow tie’ method to earmark safety zones precisely. Using complex polygon shapes instead of simple circles, the system “better reflects the actual safety risk posed in those areas, while allowing more flights to the side of [sensitive facilities] where risk is substantially lower.”

According to DJI, the new geofencing software also integrates the Section 384 amendments of the United States Federal Aviation Administration (FAA) Reauthorization Act. This means the final approach corridor to active runways at major airports are also labelled as ‘runway exclusion zones’ for unauthorized drones under GEO 2.0.

To enhance its geofencing technology, DJI has also joined forces with a geospatial data provider. In North America, DJI has dropped its former location data partner AirMap in favor of PrecisionHawk. DJI will be using PrecisionHawk’s Low Altitude Traffic and Airspace Safety (LATAS) platform to enable complex operations and safely integrate its drones into the North American airspace.

If we were to talk specifically about airports, the earlier GEO system cordoned-off a 5-mile circle around airports. GEO 2.0, meanwhile, applies its strongest restrictions to a 3/4 mile-wide rectangle around each runway, with less stringent rules coming to force in an oval area within 3.7 miles of each runway.

Which means the bow-tie shape offers increased protection in the locations where traditional aircraft actually fly, while opening up more areas on the sides of runways to beneficial drone uses. See the diagram below for more details: 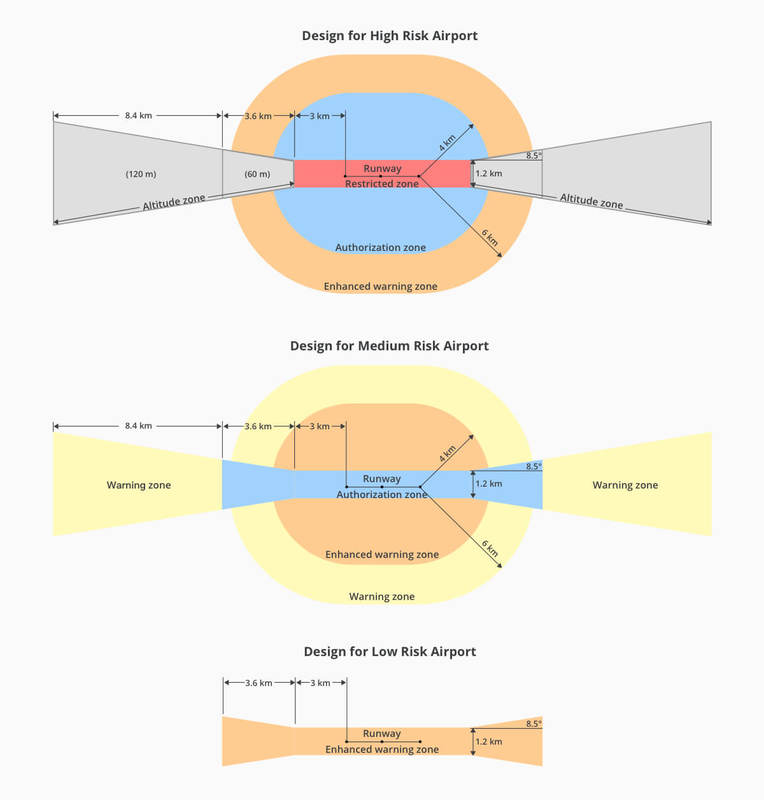