There are plenty of cool YouTube videos about maps and geography but we’ve decided to make for you the ultimate compilation of the most funny, amusing, surprising and inspiring of all them. Take a look and let us know in the comments if we’ve missed any video that should have been on our list.

2. How wrong are we about the Mercator Projection

3. Arnold Schwarzenegger and his immortal quote about GIS

9. Business Insider video showing what the Earth Would look like if all the ice melted

Actually Business Insider created a lot of cool videos about maps. You can find all of them here.

10. The Geospatial Revolution is an amazing to project to spread awareness about the value of geo technologies.

You can find all of the 4 videos within the series here.

There are people who believe that Earth is flat. Seriously.

Although it’s hard to believe there is still a large group of people who believe that Earth is flat. Seriously. It’s not a joke. 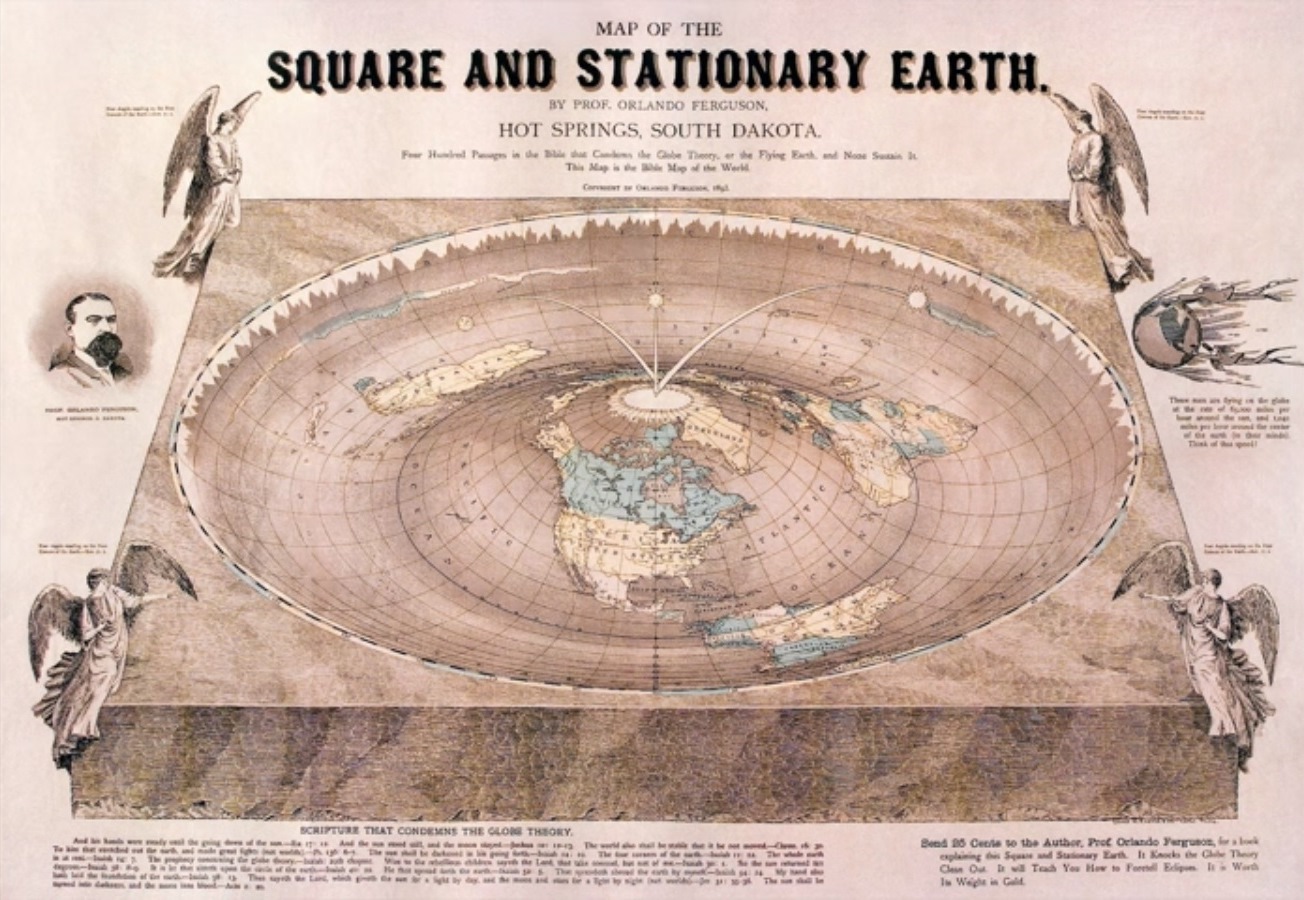 Flat Earthers, as they refer to themselves, believe in the round Earth conspiracy theory orchestrated by NASA and other government agencies. The Flat Earth believers says that our planet is a disc with the Arctic in the center and Antarctica around the rim. The rim is ended with a 150ft (45m) tall wall of ice guarded by governmental agencies to prevent people from climbing over and falling off the disc.

There is also an explanation for the day and night cycle. According to Flat Earthers the sun and moon are spheres measuring 32 miles (51 kilometers) that move in circles 3,000 miles (4,828 km) above the plane of the Earth. They work like a spotlight providing light in a 24h cycle to different places of the disc. The moon phases are explained by an invisible “antimoon” that blocks the visibility of the moon.

Obviously there is no physical, empirical or mathematical proof to that statement that I don’t even want to call a theory. Interestingly, although it sounds crazy there’s an entire Flat Earth Society with over 500 members!

So where do such a crazy ideas come from?

Well we live in times when there is a place where people can easily share their conspiracy theories. This place is called the Internet and now everyone can share with the world their quasi-scientific ideas. In the times where the Internet is the main source of knowledge for many people and the trust to governments is so low, people will believe in anything.

Many people believe in what they read online. If there is some logic behind it and a bit of scientific language they assume that it’s truth. Frankly speaking I find it sad but on the other hand it’s also a bit fascinating. You can create any idea… And there will be always someone who will believe in it.

P.S. And for those who still need some more assurance that the earth in truly round 😉 take a look at this article from National Geographic and what this short video: