The Bandit camera’s 16MP sensor shoots 4K as well as 1080p footage at up to 60fps and 720p at up to 120fps. It rocks slow mo (1080p/720p) and timelapse (4K/1080p). Bandit is the first ever camera to come with a built-in media server, eliminating the need to download footage before being able to edit it. Moreover it features GPS, motion sensors, microSD and USB 3.0. as well as Bluetooth and Wi-Fi connectivity. TomTom promises minimum 3h of battery life with 1080p videos. 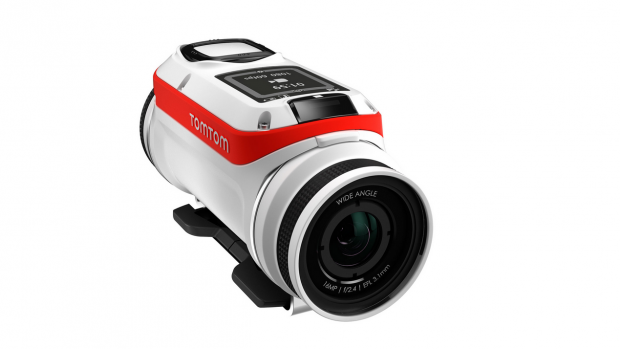 TomTom is known for its high-quality hardware design and it seems to be the case also with Bandit. The materials make a really good impression. It looks like it will survive a lot of adventures. It is also completely waterproof, eliminating the need for an additional bulky cases. Looking at the demo footage it seems that optics handle really well various conditions.

BUT THE MOST IMPORTANT IS NOT HARDWARE BUT SOFTWARE 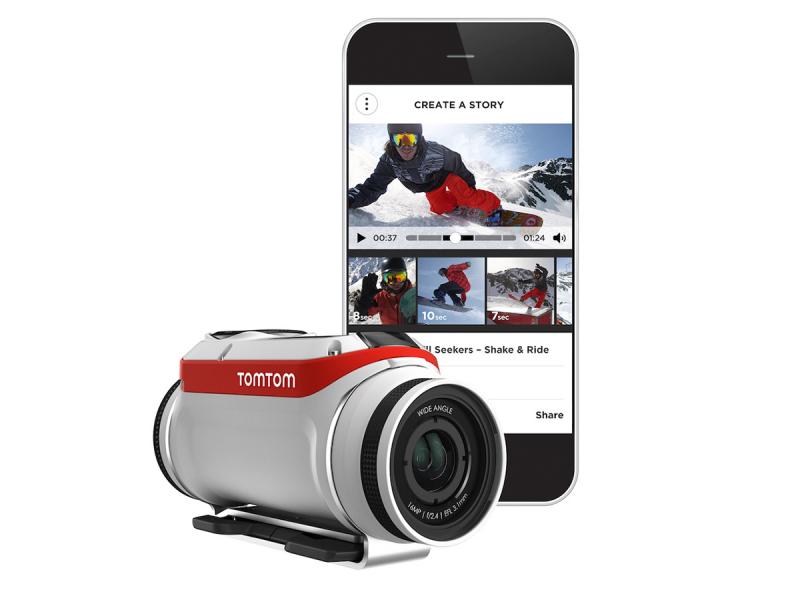 But where Bandit wins with the competition is neither hardware nor the optics. It’s the ecosystem of the device, its firmware and the accompanying app. TomTom found a way to tackle the old problem of moving around huge video files. Typically you would have to connect your GoPro to your TV in order to view the videos and then transfer tons and tons of footage to your computer. Then you just have to dig through to find the most awesome moments and edit it into something you can show to friends or share on YouTube. It’s a really long way to go.

TomTom has manage to find a way to make the process much simpler. First of all the cam uses a whole bunch of sensors, including GPS, gyroscope, pressure meter and accelerometer to automatically find the action in your video. It can also use additional devices like  a heart rate sensor to detect the most interesting adrenaline boosting moments of your day. There is also a separate wrist band with a button to mark interesting moments manually. 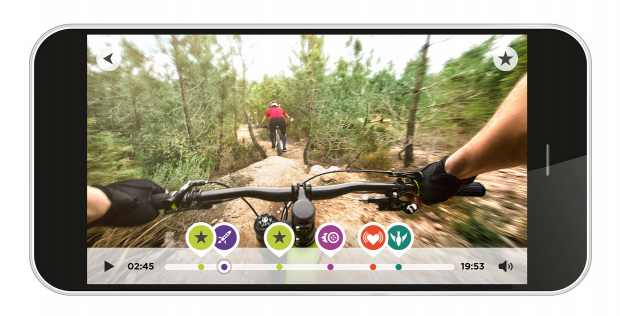 But that’s not all. As mentioned earlier the camera features a built-in media server which allows for displaying the images via the app, while the footage physically stays in the memory of the camera. The apps also allows for editing the videos, which is really cool as the actual processing happens on the camera, but it’s triggered from the app. And it’s really cool. Take a look at this video:

With Bandit TomTom is adding simplicity on a sport camera market where the growing quality of the footage has become a problem in itself. GoPro is known for its great marketing but frankly speaking I think that instead of upgrading to a new GoPro I would actually go for a Bandit and I will. We will review one for you as soon as we put our hand on it.

Cool visualization by NASA shows the annual CO2 emission cycle around the Earth. The visualization is based on data from NASA’s Orbiting Carbon Observatory–2 (OCO–2) which is a new remote-sensing satellite that studies CO2 and its global movements.

The study shows that most of the CO2 emissions are generated on the Northern Hemisphere which corresponds to the location of the most industrial centres. The gases travel around the world to be largely absorbed by new vegetation in the springtime. In the winter the emissions start to take over the planet again.

The visualization is narrated by the research meteorologist Bill Putman which all together creates a strong image showing that we’re still doing not enough to fight with the constant increase of CO2 emissions. Frankly speaking I was always very sceptical about our human impact on the global warming but when I learnt that 2014 was the warmest ever recorded I’ve realised that I might have been wrong and in deed we are impacting the climate change in a huge scale.