This Cool Infographics Shows The Growth Of Autonomous Cars Market

Muthukumar Kumar
The technology that power the autonomous cars of the future is progressing at an incredible speed. Most car manufacturers are predicting that 2020 will be the year where the first commercial autonomous car will be available in the market but I was surprised to learn that the first experiments conducted at automating cars date all the back to 1920!(Related: Wikipedia article on autonomous cars).

From 1920s to today – The History of Autonomous Cars

This infographic from Get off Road is really awesome and truly gives you a sense of how big the autonomous car market is and the growth so far! Oh and before you check it out, take a guess – Which company has the highest number of patents relating to Autonomous car technology? Now scroll down and see if you got it right. I certainly didn’t know that it was… Spoiler alert 😉

About the creator of the infographic

Toby dean works on behalf of Get Off Road in content creation and marketing. He creates engaging graphics and content that help businesses stand out from the crowd. Over the past 7 years has worked with dozens of SME’s in both an agency and freelance capacity. 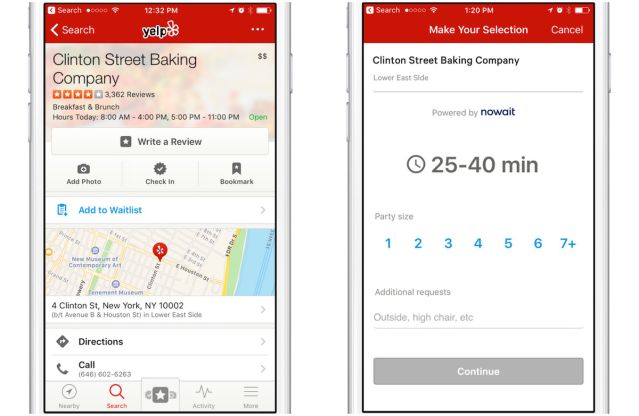 Last year, Yelp teamed with Nowait, investing $8 million as part of the partnership to integrate Nowait’s “get in line” functionality into it’s own app. The effect must have been really appreciated by users as last week Yelp announced that it acquired the start-up to complete the integration fully.

The idea behind Nowait is quite straightforward. The app allows customers to look for the desired place and put the name on the waitlist without being physically there. They can monitor the progress and check their number in line. When their table is ready, users get a text message from the owners and if they’re running late application allows them to text back, and the restaurant can decide whether to hold the table. The concept is cool because it replaces paper lists or handheld buzzers with a simple experience delivered via smartphone.

The $40 million deal will allow expanding the service to new restaurants and countries.  Today, hungry Yelpers can get in line remotely at about 4,000 restaurants in all 50 states including Chili’s, First Watch, Gringos, Mellow Mushroom and many others, but there are clearly many more eateries than that. Yelp needs that sort of extra features to compete against Google Maps and other apps like Foursquare.

Ware Sykes, Nowait CEO said – “Our first priority is opening up the Yelp network to the Nowait restaurants”. Going further, it was announced that Nowait app would remain as a standalone service, to avoid disruption for customers. “We want to use data to make both our restaurant and our consumer experiences better,” Sykes added.

This is not the first Yelp’s investment on such a scale. The company bought GrubHub and Eat24 for $134 million in February 2014, significantly expanding its platform. Looks like that they want to be more in touch with the industry, and as a result, they create a “win-win” conditions for customers and restaurants. This strategy seems to be working quite well as the company is definitely one of the leaders in local discovery services.