The Road to Safer Transport Infrastructure – How Collaborative Mapping Helps

As I was listening to the radio this morning I was saddened to hear that yet another cyclist had been killed on Australian roads. This time the victim was a 27 year old Dutch girl, riding in the bike lane on a Sunday morning down an inner city street in Melbourne. Earlier this year an alumni from my school was hit and killed by a truck while road cycling in Sydney.

Two young lives taken and unfortunately just a small part of a much bigger picture both in Australia and worldwide. There is a broader takeaway here around the dangers of shared infrastructure – as cycling rises in popularity, cycling fatalities as a percentage of total road deaths have increased across most countries in the OECD. This is why governments with the foresight and the right means are building separate bike paths – to reduce the instances where bikes and cars need to interact.

This is easier said than done, particularly in built up cities where real estate is hard to come by. The immediate costs are also significantly higher. With this approach, not only does the government need to continue funding road construction, they need to construct new intersections, bridges, paths, and signage for the dedicated bike routes. Questions thus arise. Which routes should be prioritised? Where are bike lanes sufficient? Where are under/over passes necessary?

Luckily some of the answers to these questions have been emerging – sometimes from government, but increasingly from the citizens who rely on this infrastructure on a day to day basis. Bike Ottawa, the cycling advocacy group from Canada’s capital, is a great example.

Bike Ottawa continuously assess new roads being constructed. If they identify a section of road that poorly caters for cyclists, they raise the issue with city authorities in a well researched, analytical way. Among other things, they’ve collected extensive street-level imagery from the perspective of the cyclist, using action cameras and smartphones. Once the imagery has been uploaded to platforms like Mapillary, it’s used to create a better understanding of the city. This is done in a number of ways.

Firstly, the imagery is available within OpenStreetMap, a free and editable map which has become one of the world’s most widely used map sources. Anyone looking at an image of a street in Ottawa can use it to improve map data related to cycle routes. This can include the surface type, direction of travel, speed limit, shoulder/path width, and other factors that influence the safety and navigability of routes. This data underpins userful tools such as the routing and traffic stress maps Bike Ottawa provides.

Secondly, the imagery can be embedded in a number of places, whether it’s an advocacy report or a dedicated page providing a visual reference to the cycling conditions in that location. This gives their fellow cyclists, policy makers, and any interested party an easy avenue to observe and communicate on existing infrastructure.

Thirdly, one way to measure success for a group like Bike Ottawa is the improvement in bike related infrastructure. This influences important metrics like cycling related deaths and incidents, the number of commuters cycling, and the efficiency of cycling routes as a viable transportation option. Street-level imagery and the map data it generates give citizens a way to track progress or the lack thereof as often as they collect the data, making them less reliant on traditional top-down dissemination of information. 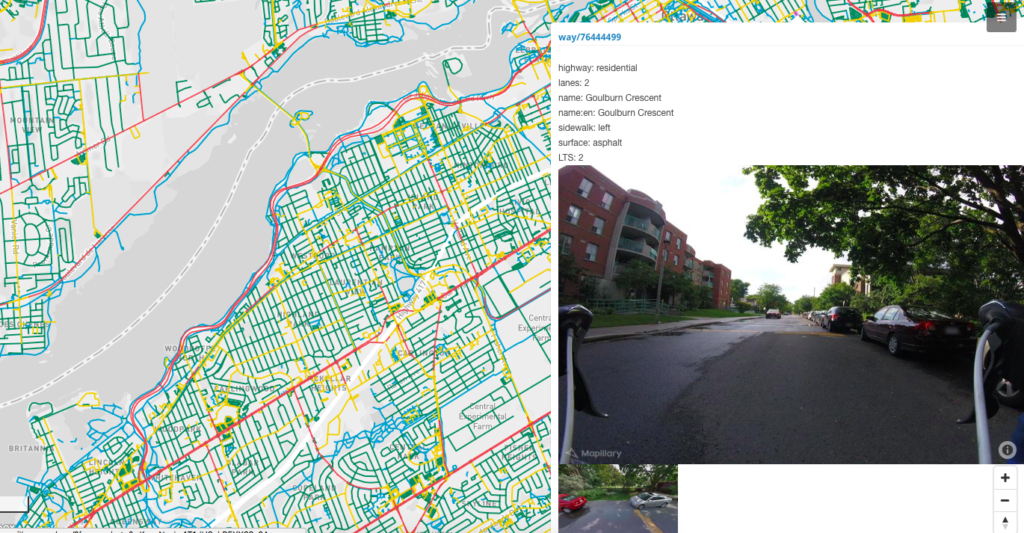 Bike Ottawa is just one of many groups and people that move the needle. Other examples include Liga Peatonal, a pedestrian advocacy group in Mexico, Wheelmap, an organisation improving wheelchair accessibility, and Fernando Benitez, a PhD student who has been working with the Valencian government to create more detailed cycle maps – all three use street-level imagery and map data to support their respective causes.

Hopefully these developments will highlight safety concerns in a way that, among other things, halts the number of fatal bike accidents. An important part of this is that it’s now easier than ever before for citizens to help shape their cities and towns in a way that makes sense to them. This can only ever be a positive thing.

Say thanks for this article (0)
Edoardo Neerhut
2 posts
Want to be an author?
The community is supported by:

Debunking the myth: Is climate change responsible for heatwaves and wildfires?

The European Union’s Copernicus Climate Change Service (C3S) is a popular go-to tool for the media when it comes to reporting news about weather anomalies. You can often see the maps and graphs developed by CS3, just like the one shown above, being cited by journalists who are trying to wrap their heads around the many, many wildfires and extreme heatwaves plaguing various parts of the world.

However, is it justifiable to tie climate change to any ‘single’ weather situation? CS3 recently felt the need to answer this question itself. According to the Copernicus service, attributing a specific weather event to climate change is neither easy nor possible – at least not till 2019.

What happens in 2019? Well, we are told that CS3 will gain the ability to undertake the necessary attribution calculations which would allow it to determine how much a specific event has been influenced by climate change, within a week of that event’s occurrence.

Meanwhile, CS3 explains, just because temperatures are high now, it does not mean that they will always be above the long-term average in the future – though you wouldn’t be wrong to expect more heatwaves in the summers to come.

But as far as wildfire risk is concerned, it is dependent on a number of fateful factors coming together: Availability of dry foliage, temperature, overall soil moisture, wind speed, potential ignition sources, etc. Extreme dry conditions (a byproduct of climate change) is only one of the criteria which could make an area at risk of wildfires.

According to Freja Vamborg, senior scientist at C3S, weather variations, especially in Europe, are quite common. “Just look at the first summer months, where there have been big differences with certain regions suffering from torrential rains and floods (such as in the Balkan area), whereas others experience droughts, wildfires and extreme temperatures. Or look back earlier in the year, with an unusually cold March in many parts of Europe,” Vamborg says, concluding that “With climate change, we do indeed expect heatwaves to occur more often. When it comes to droughts and wildfires it is more complex, as their occurrence depends on other factors than just high temperatures.”