Step aside, Google – India gets its own Street View: Wonobo.com!

Google Maps is one of the things that I often used as a reference to explain to someone on the streets when he/she asked me what I studied. Google Street View is something else altogether 😉 I guess we use it more often that not to tell a friend living continents away to color his house better. Well, jokes apart, Google Street View really made the earth a smaller place with people being able to peep into famous streets in the world. Virtual tours at its inexpensive best!

If you notice carefully, Street View is not available for large parts of the world. And How does India look? A million photo points and no street View!! Come on Google, we deserve better.

Finally, We now have Street View for India 😀 And if you think it was Google that finally got around and launched Street View for India, you are wrong. Genesys Corporation, an Indian geospatial firm has finally decided that India does not need to wait for Google! All the talk about how it is a logistical nightmare to map the Indian Streets is now just an excuse.  Wonobo as Genesys calls its Indian Street View application is being promoted as a city discovery platform and not merely as a Indian street view application. The website is indeed very interesting.

Its really not that responsive as Google Maps at this moment but you would be surprised that the service not only covers the main streets and avenues but even the nook and corners of your city 🙂 Besides, its not just an Street View platform as I mentioned earlier. Kudos to Genesys for their efforts!

So India gets its own street view! Check it out @ Wonobo and let us know what you think!

Twitter provides an intuitive way to communicate with the world. But have you ever wondered what happens if you take user-created tweets and map them. Well, several websites such as tweereal.com and tweetping.net have done just that. Amazing! A live twitter map

However, onemilliontweetmap.com (seen below) actually goes a step further and allows you to do simple analysis on live tweets. The map is relatively straightforward to use, you can zoom in and see ‘tweet clusters’, essentially how many tweets have been produced in particular areas. The interface is rather intuitive and it even has a word and hashtag filter enabling you to identify specific tweets. 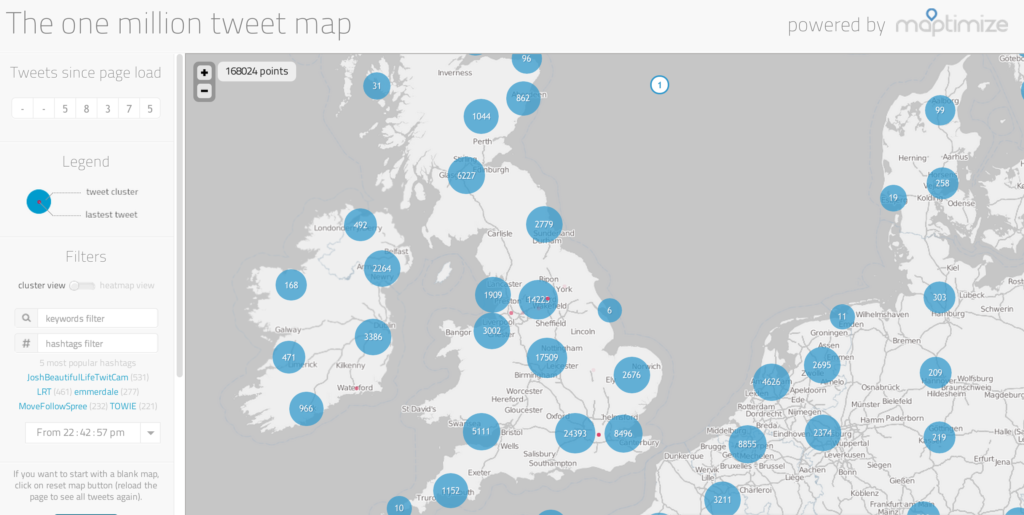 Again, going a step further trendsmap.com (seen below) allows you to search for trends over the past seven days in a specified area. This feature could provide a great resource in the future for a variety of industries, in particular emergency response. Members of the public witness all events before any type of emergency services or news representatives arrive. If enough people tweet the emergency then the websites mentioned would be the first to know and distribute information on what has happened and what needs to be done. If these websites are embraced they could revolutionize the way the World deals with emergency situations! 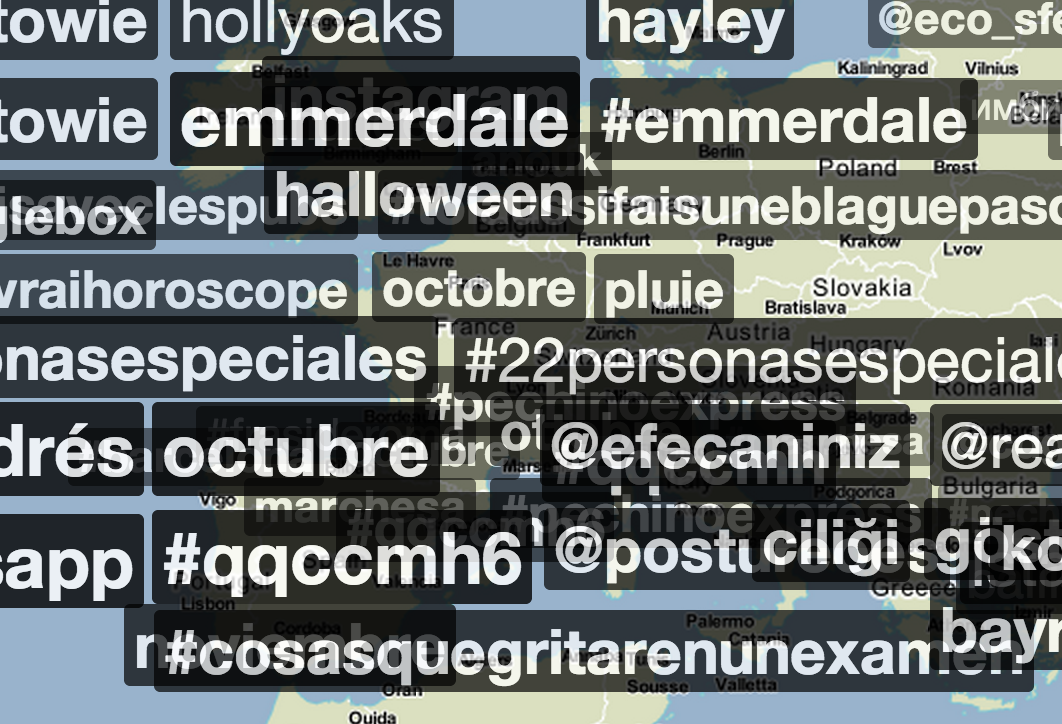