Pride month may be over but I’m still reminiscing on the highs, lows, sashays, and death drops. In the past, I always looked forward to the marches as a way to experience the diversity, vibrancy, and pride of the LGBTQI (and whatever new letters have been added) community in all its glittery glory. Perhaps because I now live in Buenos Aires which celebrates pride in November, or maybe because we live in the in the global, meme-able world of 2017, this June I found the brightest beacon of the charisma, uniqueness, nerve, and talent of all the colors in the gay rainbow to be the RuPaul’s Drag Race season 9 finale. That and Babadook.

For many, the finale of RuPaul’s Drag Race this June 23rd may have looked like the Superbowl half time show, but for the fans it was the real gayme. Just like the Superbowl, the season 9 finale was the most trending program on all of television at its airtime. Given this, I will be giving it a proper play-by-play, analyzing of the key moments, and generally serving map and data viz realness. There will be lots of pretty pictures so try not to sashay away.

Based on the density map, the U.S. and Brazil are the world’s biggest Drag Race fanatics, at least during the Season 9 finale. New York, Los Angeles, Chicago, Washington D.C., Boston, Houston, Orlando, and somewhere in upstate New York are the United States’ top tweeters. In South America Santiago de Chile, São Paulo, Rio de Janeiro, and Brazil as a whole sent some serious social media love. Some cities in Western Europe, especially in the U.K. and Spain, also seemed to enjoy Drag Race, with a little over six hundred tweets coming from the region as a whole. But they were not on the same level as the U.S. or Brazil.

Just like sports teams, drag queens’ supporters are divided based on geography, with hometown pride being an important factor. Sasha Velour hails from Brooklyn, New York and her biggest supporters are stationed in São Paulo (45), Rio de Janeiro (43), Santiago (39), Brazil (38), and Brasil (37) and unleashed 3.5k tweets, over three times that of the runner up, from Franca, SP, Brazil (16), Manhattan (15), Barra Mansa, Brazil (13), and Natal, Brazil (9).

And now for a proper play-by-play of some of the more important moments of the gayme that required an instant replay. Because scrolling is hard I’ve copied the video above.

Because #TeamSasha tweets dominated the night, the overall tweet timeline mimics that of her followers. Logically, #teamSasha tweets spike during her interview and her lip syncs and crowning.

Perhaps the most magical moment of the night, Sasha Velour’s iconic revealing rose rain. Seriously, how many emojis did this movement spark? In any case, the maneuver gave her eight times the tweets of her competitor in that moment.

#teamShea tweets were most even throughout the program even after her elimination.

During Shea’s interview, #teamSasha tweets were booted from the top spot; the only time this happens, except Peppermint and Trinity’s lip sync.

#teamPeppermint tweets spike during both her first and second lip syncs.

#teamTrinity tweets peak at various points throughout the competition, most notably her interview and lip sync.

Even though many feel Trinity out-performed Peppermint during her lip sync, atleast until Pepper’s reveal, #teamPeppermint still had more tweets during this time.

Overall, it seems the most drag-crazy cities this season finale are São Paulo, Chicago, and New York, followed by Los Angeles, Rio de Janeiro, Orlando, Houston, Washington D.C., Boston, and Santiago de Chile, not necessarily in that order. Orlando likely made the list because it is Trinity’s stomping (or prancing) ground. Yet, in the case of New York and Chicago, it is more of a chicken and the egg situation where major metropolises produce talented queens and large viewing populations, who then inspire hometown pride. The fact that Brazil is just as or perhaps more RuPaul’s Drag Race-obsessed than even ‘Muricah despite having no representation on the show and a linguistic barrier is something that would have even RuPaul gagging. Maybe since the release of Alaska’s “Come to Brazil” song, the Brazilian LGBTQI community felt like they had a reputation to uphold.

Regardless of the team you play for or where you come from, hopefully we can agree that Drag Race, as the name implies, is just as much a high-octane sport as NASCAR. And, just like the Daytona 500, Superbowl, or the World Cup, you can clock key moments when someone snatched the crown, the game, or was simply snatched on a map.

Say thanks for this article (0)
Misha Chakrabarti
6 posts
Want to be an author?

Paid FAA to register your hobby drone? Here’s how to claim a refund 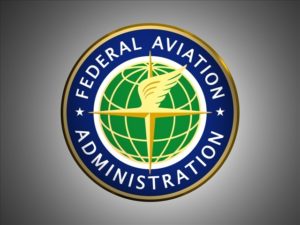 Remember the December 2015 rule set by the Federal Aviation Administration (FAA) that required all drone hobbyists in the United States to register their UAVs in the national database and pay a $5 fee? The one which not only allowed the FAA to impose a fine on the non-conformists but also to press criminal charges against them and put them in jail? The one which ultimately drove more than 820,000 drone enthusiasts to give their personal information and money to the FAA, making the agency richer by some $4 million? The one which a US appeals court struck down in May this year because it violated the rules set for model aircraft by the FAA itself in its Modernization and Reform Act of 2012?

So, with the court invalidating the registration requirements, a lot of people who were flying drones just for fun were wondering how to take themselves off the FAA database. And what was going to happen to their money anyway? Well, the FAA has now clarified that it is allowing drone owners to delete the data they have provided to the agency, and apply for a refund. To do so, simply take a print out of this form, fill it and mail it to the FAA.

To be eligible for the claim, you would need to certify that your drone is being flown strictly for hobby or recreational use in accordance with community-based safety guidelines. Also, the drone must weigh 55 pounds or less, and must not interfere in the operations of a manned aircraft. For the full set of guidelines, see Section 336 of the FAA Modernization and Reform Act here.

To be clear, if you are operating a drone for commercial purposes, you would still need to register with the FAA. In any case, the agency is encouraging operators to stay registered voluntarily. And there’s a solid reason behind that. The contentious 2012 law is set to expire in September, after which the FAA is likely to urge the Congress to give it more authority to enforce drone registration. With almost 3.5 million small drones expected to be flying in the US skies by 2021, it is likely that the FAA will get what it wants to boost accountability and responsibility among the users.

Are you going to deregister and claim the refund? We’d love to know your view on this!