For some time citizens of St. Petersburg have sniffed with suspicion at the waterways. The smell of poop was coming from a river flowing from a little town called Novoye Devyatkino (a suburb about 15 km outside the city) and it flows into the Neva – main river of St. Petersburg. The local government did not seemed to be interested in the problem.

A group of St. Petersburg ecologists decided to conduct a test. They’ve bought ten miniaturized, waterproofed GPS-tracking units and dropped them down the toilet of a single apartment home in Novoye Devyatkino. They were very surprised when they found out that the trackers spilled out directly into the open-air waterways outside the building, without encountering even the most basic sewage filtration. From Novoye Devyatkino, five of the devices reached the open waters of Neva Bay, where the units’ batteries died.

The group said that they used cheap Chinese-made GPS/GLONASS units, which they enclosed in small waterproof containers. The containers were each filled with a small air bubble, to make them float. Each unit was also covered in a salt mixture, which allowed the devices to sink initially. After that mixture dissolved, the trackers began floating again, making it possible to emit a signal. The ecologists say the units’ batteries are set to economize power, sending a single signal once an hour.

Interesting way to use location-based technologies to prove a point to authorities. Will it bring any results? We don’t know but we keep our fingers crossed. 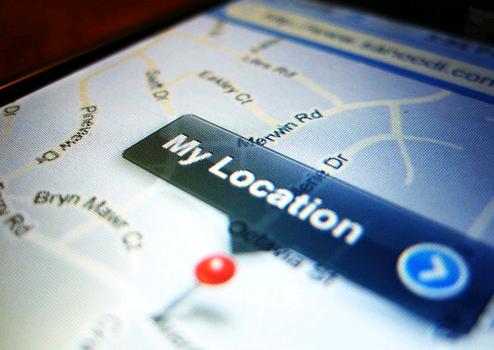 Recently I come around an interesting start-up called PathSense. It promises a precise positioning for location-based apps with 90% less battery drain compared to GPS technology. PathSense is a California-based start-up founded by Pete Tenereillo who is well know persona in location-based apps area. In 2007 he founded a Trapster –  navigation social networking app similar to Waze. In 2010 after growing to 10 million users the service has been acquired by NAVTEQ. Two years ago Pete gathered a team of engineers and PhD scientists out of Nokia/Here and Qualcomm Research and started to work on his project.

The idea was to develop a positioning technology which would solve the problem of battery draining by GPS-enabled apps (such as Trapster). After 2 years they developed and patented a technology which is based on inertial navigation, sensor fusion, predictive routing, and a proprietary learning engine. By eliminating GPS from the positioning engine it allows to significantly save smartphone’s battery. Pete Tenereillo commented:

GPS apps drain your battery. Anyone with a smartphone knows that. PathSense solves this issue by providing a GPS alternative. PathSense is a software developer kit for any iOS or Android app. It uses sensor fusion and inertial navigation to provide location accuracy comparable to, and often better than, GPS, with 90 percent less battery drain. Our customers are developers who need location in their apps, without battery drain — there are more than 500,000 of them. Starting today, developers can sign up for early access at our website.

Starting from this week the service is available as a beta SDK for iOS or Android apps. I believe that PathSense’s API is likely to raise interest of many app developers especially for precise background location which lacks the GPS accuracy. PathSense team presented their technology at DEMO conference last week. Check it out: