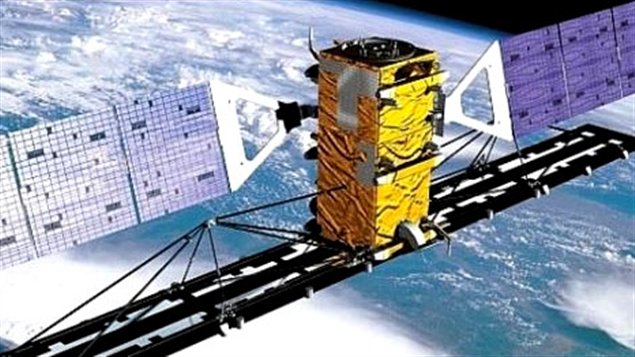 Canada’s first Earth Observation satellite “RadarSat-1”, launched in 1995 has been functioning for the last 18 years.  It was widely recognized for its Synthetic Aperture Radar data.

In a news release late last month, the Canadian Space Agency had reported an anomaly had occurred. Michel Doyon, Manager of Flight operations, had expressed that the satellite may have been hit by space debris and is experiencing problems.

For 18 years, RadarSat-1 had been a great source of SAR data, helping researchers all over the world study climate change besides being a great source of remote sensing data for cartography and disaster management.

Ironically for a satellite that has been disturbed due to space debris, considering the orbit of RadarSat, it most certainly end up adding its name to the space debris list. Designed with a life expectancy of 5 years, RadarSat has contributed for a long time. Let’s just hope against hope it gets back online!

Sometime in the recent past, I remember reading an article that ended like this “In the future, Google will be remembered as a manufacturer of futuristic cars whose business started out as a search engine”

Google’s latest patent titled “Panoramic Images within driving directions” does only augment that thought process! Google seriously has to consider renaming its Cloud space to something else. Google DRIVE has to be renamed to reflect their Augmented Reality GPS Navigation ideas!

The patent brings together augmented reality & Google’s street view and is really interesting to know about. It certainly isn’t ground breaking but surely one has to admit the functional thinking behind the patent.

Today’s navigation systems involve taking our eyes off the road. We need to focus on the 5′ inch displays to check our route. Enter Google, they are planning to overlaying objects that users are familiar with today’s navigation system. With 3-D models, live video feeds, 360 video and images, soon your navigation could be displayed on your windshield!

Imagine the joy of seeing your windshield with images that indicated how far your favorite restaurant is or maybe how long you need to travel in the current traffic condition to reach your office. 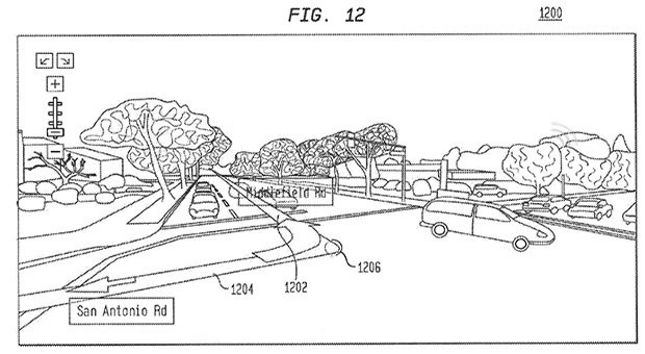 In a sense, this patent is about taking Google Glass to the next step! To a bigger screen!

Gosh, if they continue in this manner Google will surely be remembered for Location Based Services and Maps more than their other flagship products!