Putting AI to Work: Creating a Digital Base Map of Lusaka, Zambia

At the turn of the 20th century, the building of colonial railroads and the discovery of minerals was the key driver for urbanisation in Zambia—formerly known as Northern Rhodesia.

The railway line was used to transport minerals from the Copperbelt Province in the north—through Lusaka—to the border town of Livingstone in the south. The growth of the mining industry led to the development of settler, administrative and mining towns along the North-South “line of rail”.

Currently, the population is concentrated in the urban centres along the “line of rail” with Lusaka City being the largest urban centre. The lure of better economic opportunities, infrastructure and services, and natural population growth drives the increase in Zambia’s urban population.

This urban growth is not without challenges, among them a strain on the existing infrastructure. Other challenges include:

While significant social, economic and environmental problems characterise informal settlements, they’re also centres of economic activity and employment. Considering that Zambian cities account for 80% of the GDP, urbanisation should be viewed as an opportunity for economic growth rather than a challenge.

To this end, the International Growth Centre (IGC) has been working with UN-Habitat to support the Zambia Ministry of Local Government to promote prosperous and inclusive urban settlements. They’re working to ensure that Zambia’s towns and cities are resilient to support economic growth. 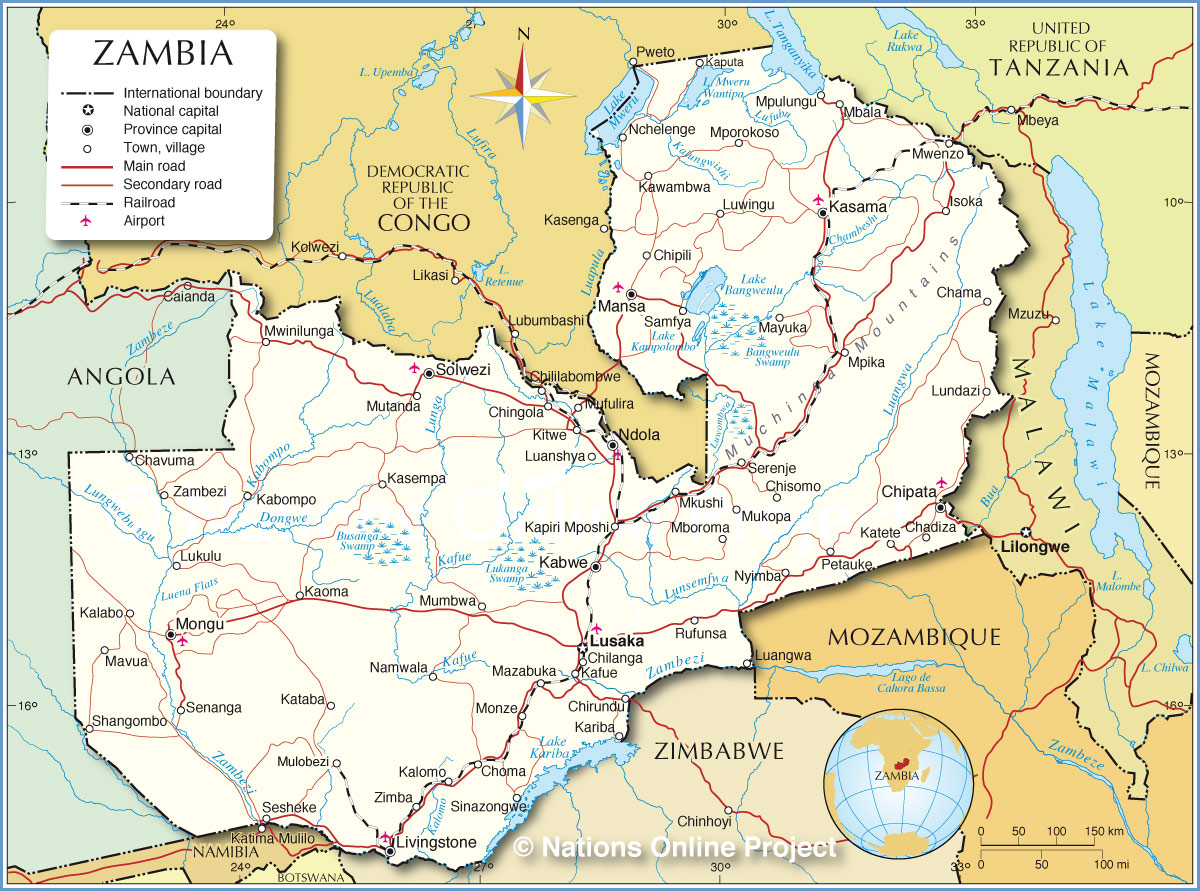 One way of addressing the urban growth challenge is by adopting efficient urban planning practices that allow for expansion. Urban planning should be based on up-to-date quality data and information. Unfortunately, Zambia faces a digital map gap. There is a lack of sufficient spatial data needed for better planning for urban expansion and public service delivery.

The other problem is that traditional data collection and mapping techniques cannot keep up with the high rate of urban sprawl in Zambia’s capital, Lusaka.

Therefore, how might we best address these obstacles and improve the availability of mapping data for better spatial planning in Zambia’s towns and cities?

Luckily, with advances in Artificial Intelligence (AI) technologies, mapping can now be done at a higher speed, and more cost effectively. Indeed, mapping that would normally take months—if not years—can now be done in weeks.

With this in mind, Ordnance Survey collaborated with the Commonwealth Association of Architects (CAA) to create an inaugural digital base map of Lusaka from aerial imagery. The base map—which focuses on the identification of informal settlements—will help to:

Creating the Digital Base Map of Lusaka, Zambia

To do this, they first obtained aerial imagery from the Zambia Survey Department in the Ministry of Lands and Natural Resources. The aerial imagery had a spatial resolution of 20cm. They then identified different feature classes on the imagery, i.e. buildings, roads, trees, grass, water, natural surface, sealed surface, etc.

Next, they preprocessed the aerial imagery and determined the best training method. After that, they labelled the imagery to be used as training data and then trained the model. Afterwards, they applied the trained model to the rest of the imagery covering all of Lusaka City for classification.

Lastly, they post processed the resulting map to clean up any major issues e.g. enforcing building corners at 90 degrees.

Statistical Overview of the Base Map

Screenshot of the Base Map (Source)

Here’s a statistical overview of the resulting base map:

A Look at the Challenges

The African urban landscape differs significantly in makeup and appearance from urban areas in America, Europe or Asia—which also have more data on which to train AI models.

From rural suburbs to urban areas, Lusaka has a diverse and rapidly changing landscape. It has varying vegetation cover and building types, ranging from informal settlements to large commercial and industrial buildings. When training the model, the training data had to represent this diverse landscape, which was a challenge.

Additionally, while the model correctly identified walls and other permanent structures, it failed to identify buildings which were under construction because they were roofless. Nonetheless, these were classified under ‘other structures’.

Leveraging on the lessons learnt in this project, Ordnance Survey will improve the model, making it more applicable in mapping other regions.

“This programme will promote the value associated with accurate and relevant spatial data. The rapid delivery of a scalable and replicable national digital base map is not only relevant to cities such as Lusaka, but also has far reaching benefits at national and regional scale. OS data will provide the evidence and information to support critical decisions when upgrading existing informal settlements and planning future infrastructure to promote economic prosperity.” Andy Wilson, Africa Region Director, OS

Say thanks for this article (0)
Rose Njambi
10 posts
Want to be an author?
The community is supported by:

Map of violence and threats to health workers during COVID-19

The number of security incidents affecting healthcare workers globally has increased during the COVID-19 pandemic. Incidents include the arson of COVID-19 testing facilities, the targeting of health workers on their way home from clinics, and violent responses to mask requirements.

The scale of the problem has been highlighted in an interactive web map. The user-friendly map aims to provide those concerned with the protection of health care with global insight into threats and violence against health care providers. This can then be used to support better protection measures. As such, the map promotes the aims of the Safeguarding Health In Conflict Coalition.

The map was developed by Insecurity Insight, a non-profit which works to examine threats facing those living and working in dangerous environments, and international humanitarian mapping charity MapAction.

It details 443 acts of pandemic-related violence and threats to health workers and services around the world since 1 January 2020, out of a total of 1,484 incidents. Because not all incidents are reported or recorded, the actual number is likely to have been significantly higher.

To create the map, MapAction’s volunteer team needed to consolidate the data available – which is often in indigestible formats and from multiple sources – understand the geographical context and visualise it. MapAction brought its considerable experience in humanitarian mapping, information management, and solution design to the project. The team ensured the information architecture is a stable platform that is easy to manage, while allowing for future adaptations and enhancements to be seamlessly integrated.

Christina Wille, Managing Director, Insecurity Insight, said, “We are working with MapAction to expand the map’s functionality and develop a similar tool for the education sector and other areas, as well as a map on security incidents affecting aid operations in Mozambique.”

If you’re interested in getting involved in life-saving projects like this, consider volunteering for MapAction. Our annual volunteer recruitment window is open until 25 July 2021.