Phiweek Bootcamp 2019: What to Expect

This week, 40 pre-selected participants from around the world will work in teams to respond to a specific industry challenge. Once selected, participation is subsidised 100% by ESA! During Phiweek, an Earth Observation run by The European Space Agency (ESA) the solutions will be tested with a set of users and then presented to a jury that awards prizes to the best prototype, which has the potential to be commercialised. 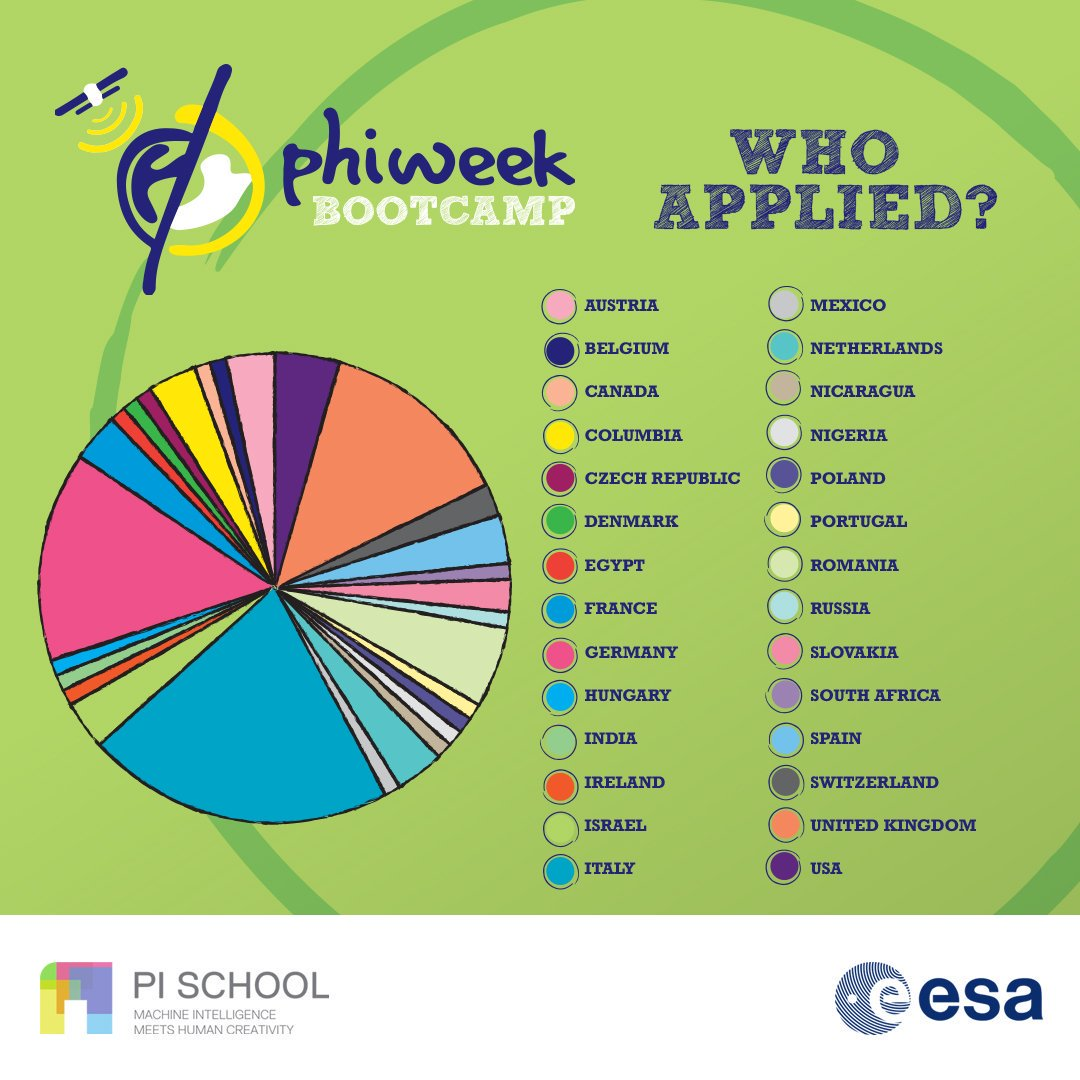 The PhiWeek Bootcamp is an intensive 5-day event, which aims to guide participants through the design sprint process, answering critical questions in the design, prototyping, and testing ideas relating to Earth Observation. You can see the full program.

During the PhiWeek Bootfcamp, there will be industry experts in earth observation who will facilitate, advise, and give talks! In addition to learning about design and earth observation challenges, the participants will surely have the opportunity to expand their network of like-minded professionals.

Say thanks for this article (0)
Joanna Kwong
38 posts
Want to be an author?
The community is supported by:

2019 Gender Balance in the GIS Workforce

Is the geospatial industry slowing becoming more gender balanced? Are women progressing proportionately into senior positions? Several years ago a wrote a blog post that touched on these topics (among others things) and since then I have gathered some more data so it is time for an update now with eight years worth of data.

I have previously published some statistics based on this analysis but I have now analysed the recent 2019 NZEUC attendance and can look at possible trends.

The following percentages indicate the percentage of attendees whose position title indicated that they were at a management level (e.g. their title included ‘Lead’, ‘GM’, ‘CEO’, ‘Manager’ or similar, noting that ‘Project Manager’, ‘Account Manager’ and ‘Database Manager’ were not treated as being management level).

One responsibility in my current role is to assist with tasks around the New Zealand Esri User Conference so I have access to the attendee list data of that conference. Although this data doesn’t contain a male/female attribute a reasonable indication of gender can be inferred from the ‘first name’ attribute (discounting first names that are ambiguous for generally inferring gender such as ‘Chris’- unless I actually knew the person and could therefore attribute correctly based on personal knowledge: I know a lot of people in the industry so I am able to do this for many people on the list).

It is important to note that the overall total attendees at this conference has been increasing over the last few years so it is not the case that ‘fewer men are attending and more women’: there is a general increase in attendees of both genders if comparing totals and not percentages. There was a 14% increase in the total number of attendees at this conference compared to the preceding year.

Also note the following that in 2012 the Asia Pacific Esri User conference was merged with the NZ Esri User conference, so although I removed international visitors from the figures below to try to get a consistent domestic result 2012 was not an ‘identical’ conference to the other years and is likely to be an outlier for understood reasons.

There are some obvious drawbacks to this approach:

However these drawbacks should be assessed in conjunction with the advantages of having a repeated yearly snapshot from a fairly consistent event- therefore some trends can be fairly determined even noting these drawbacks.

The article that Josie Hawkey and I wrote for GIS Professional Magazine expands on this topic: https://www.gis-professional.com/magazines/gis-professional-april-2018.pdf

One other interesting thing to note is that at this conference there was an early careers network meeting of the ‘NZ Emerging Spatial Professionals’ group which had a roughly balanced gender attendance. Perhaps this could be an indication that more women are joining the industry at least at the early careers stage but women still seem to be poorly represented at the management levels? If so in future years the trends seen above are likely to continue. See: https://www.facebook.com/EmergingSpatialProfessionals/

Please note: while obviously Eagle are aware of and support me doing this analysis any views expressed are not necessarily the views of Eagle and I have carried out this analysis independently and on my own time.