Open-source pioneer Mapzen may have shut down in 2018, but its code and service have continued to live and grow, receiving thousands of pull requests every year.

In its four-year-stint, the mapping platform armed developers with open software focused on search, rendering, navigation and data, and gave them tools that could be used to build vibrant maps equipped with real-time services. Organizations such as Eventbrite, Foursquare, Mapbox, The World Bank, Snapchat, HERE Technologies, and Mapillary continue to swear by it.

Perhaps that is why Linux Foundation took Mapzen under its fold in early 2019, giving its products (now called ‘projects’) and intellectual property a clear legal framework.

Former Mapzen CEO Randy Meech, who currently leads StreetCred Labs, recognizes that Mapzen joining the UCF umbrella is a great step forward in expanding the ecosystem of open-source urban computing software and tools. “In challenging times for cities everywhere, we believe that making location software and data open and accessible is important work that can help in large and small ways,” Meech says.

Drew Dara-Abrams, previously Head of Mobility Products at Mapzen, and currently Principal at Interline Technologies, adds, “Under the Mapzen umbrella, Interline has been proud to work together with many organizations and individuals to build a comprehensive stack of open-source software and data for geographic applications. We look forward to further expanding the collaboration with the Urban Computing Foundation, especially for transportation and mobility applications in cities around the world.”

As America starts to lift coronavirus shelter-in-place restrictions, Oak Ridge National Laboratory (ORNL) has made its high-resolution population distribution database, LandScan USA, open and free for public use. Accurate population estimates are imperative for epidemiological prediction of disease progression and modeling the consequent stresses on healthcare infrastructure and economic activities. 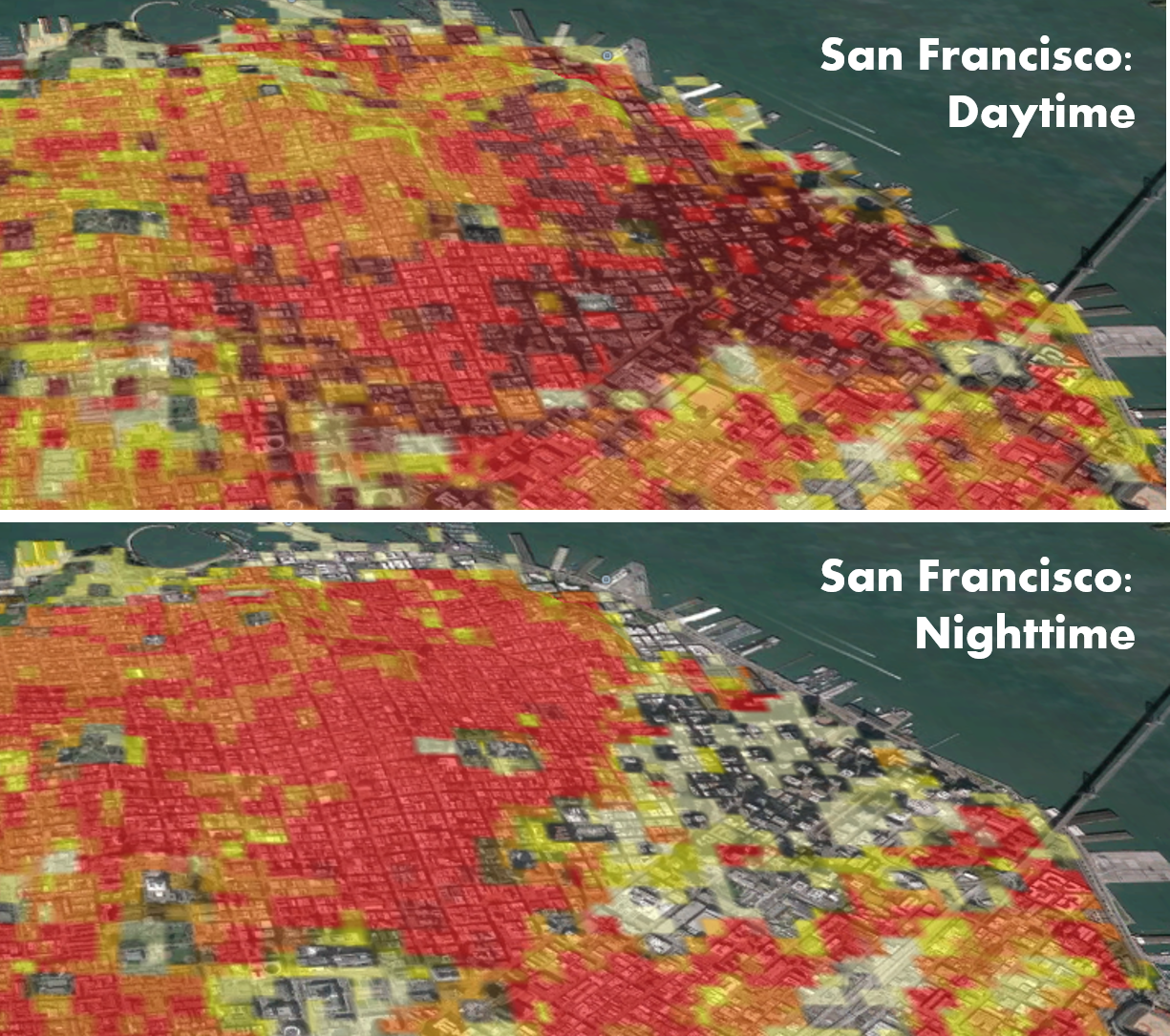 LandScan is widely known as the gold standard of population and mapping data in the US because it captures both daytime and nighttime activity of the population. Most national censuses count populations by measuring where people reside rather than where they work or travel frequently. But LandScan provides a 24-hour average of where people are located, rather than just recording where people sleep at night.

Ambient population data is critical to understand the population density in cities like Philadelphia, New York City, and Boston where a huge wave of out-of-city commuters arrives every day to work. This is especially true in today’s times when states are planning to reopen economic activities even as the coronavirus pandemic continues to upend life as we know it.

Emergency agencies routinely rely on LandScan data to coordinate disaster response and recovery. And according to ORNL, the model’s level of detail is already proving to be a valuable tool for researchers tracking the spread of COVID-19.

Budhu Bhaduri, director of ORNL’s National Security Emerging Technologies Division, says, “Our goal is to provide improved situational awareness and insight into what is happening in different regions of the country and how different areas and populations are responding and reacting to conditions and interventions.”

LandScan data is available at a resolution of about 90 meters or 300 feet for the Continental United States, Hawaii, and Alaska. To access the data, you can visit the GeoPlatform online portal which has been made available through the US Department of Homeland Security’s Homeland Infrastructure Foundation-Level Data program.

Note: The data is a Geodatabase raster, which means QGIS users would likely need to use the arcgisbinding package or get a GeoTiff version from an ArcGIS user.