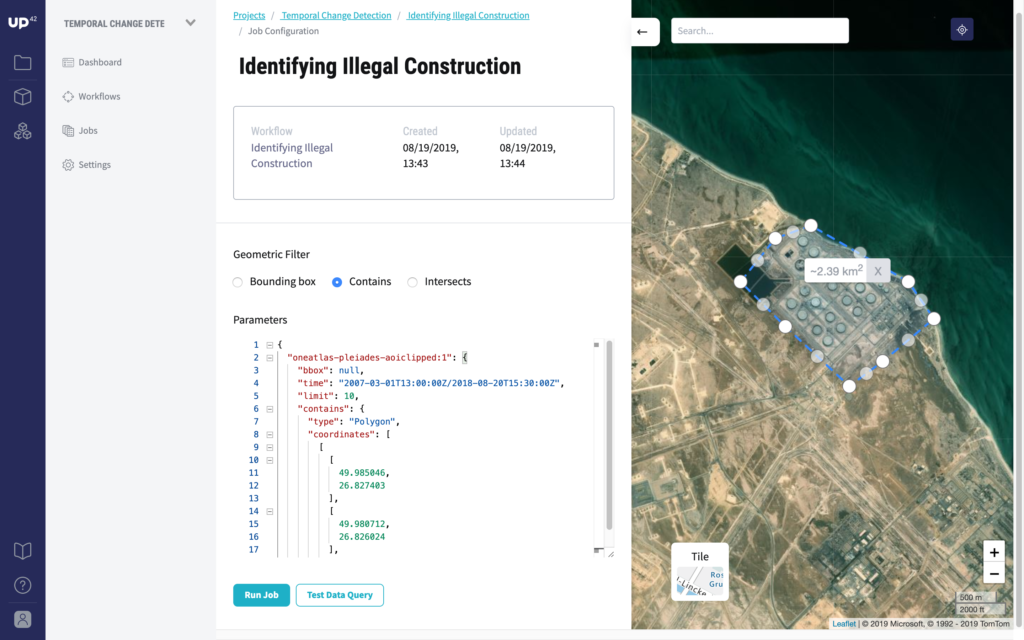 Available to beta testers since May 2019, space tech startup UP42 has now launched its open platform and marketplace for satellite data and analytics to the public. The Airbus Defence and Space subsidiary promises to give small businesses and startups – and even independent developers – easy access to a wide range of geospatial data and scalable processing workflows. Traditionally, only large corporates and governments have enjoyed access to the kind of data quality and analytical prowess that UP42 is promising.

Further, the geodata processing algorithms that have gone live on the platform today include the following:

Apart from these ready-to-use tools, developers and data scientists will also be able to use their own algorithms by uploading the code directly to the platform or via the API and executing it in the cloud. “UP42’s scalable, modular infrastructure, will adapt to an application’s requirements in real-time, and developers will be able to scale their processing by leveraging custom Docker containers and other state-of-the-art technology,” Eli Tamanaha, CEO of UP42 points out.

For those with entrepreneurial inclinations, the startup will offer an opportunity to monetize the processing algorithms on the developer platform. “Entrepreneurial developers will be able to unlock new customers, tap into new revenue, streams, and increase their visibility,” Eli explains.

To learn more about the startup, we recommend reading Geoawesomeness’ exclusive interview with Sean Wiid, CPO of UP42.

#GeoawesomeQuiz How well do you know your geospatial company acquisitions?

Not only do we keep an eye on the latest developments in geospatial technology, we also like to watch companies grow and sometimes get acquired. So how well do you know your geospatial company acquisitions? No Googling!

As always remember to share your results with the world. If you liked it here you can find our other quizzes!

Are you also interested in the geospatial industry? We need your help! Read more about how you can get involved in our Top 100 List of Geospatial Companies for 2020.