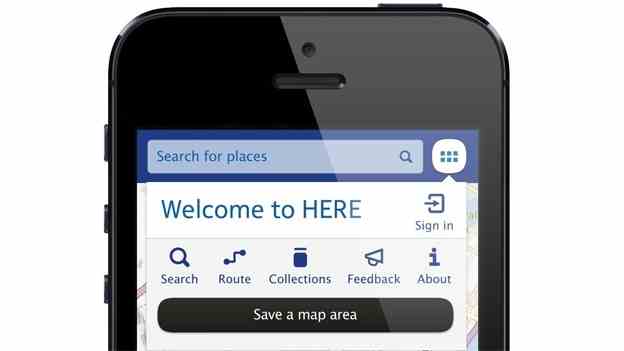 In November 2012, just after Apple launched it’s terrible mapping service, Nokia entered to AppStore it’s navigation App for iOS. In terms of User Experience it was never even close to Google Maps and Apple Maps but from the perspective of map data quality it was one of the best options. Two weeks ago Nokia has quietly removed Here from AppStore with just a short comment:

We have made the decision to remove our HERE Maps app from the Apple App Store because recent changes to iOS 7 harm the user experience. iPhone users can continue to use the mobile web version of HERE Maps under m.here.com., offering them core location needs, such as search, routing, orientation, transit information and more, all completely free of charge.

SO WHAT IT IS ALL ABOUT?

As you might have realised iOS7 was just good excuse. Of course developers world wide are not happy with the fact that they have to invest in updating the design of their apps but I’m quite sure that Nokia could afford that.  But the truth is that Nokia didn’t update the app from the beginning. At the time of its departure, Nokia’s app had received nearly 1,500 user reviews, with an average of just 2.5 out of 5 stars. Many users complained about bugs and confusing experience.

The answer seems to be quite simple. In October 2012 after the introduction of Apple Maps, Google’s app has been blocked for iOS and Mountain View giant claimed it will not launch a new iOS6 app. In November after the large wave of criticism concerning new native iPhone map app Nokia wanted to use the opportunity to win a market share and launched the  HERE app for iPhone. But in December 2012 there were first leaks that Google is actually working on a new iOS map app… At the same time Nokia was becoming closer with Microsoft…

We can only imagine that with the perspective of Google Maps re-entering iOS, Nokia’s management decided to reallocate resources to create a unique user experience for Windows Phone rather than to fully enter Google-Apple mapping war with no real chances. And it was right thing to do as location-based services are now one of the biggest advantages of Nokia’s Windows Phones.

The only question is whether blaming iOS7 was the best excuse Nokia could think of…? 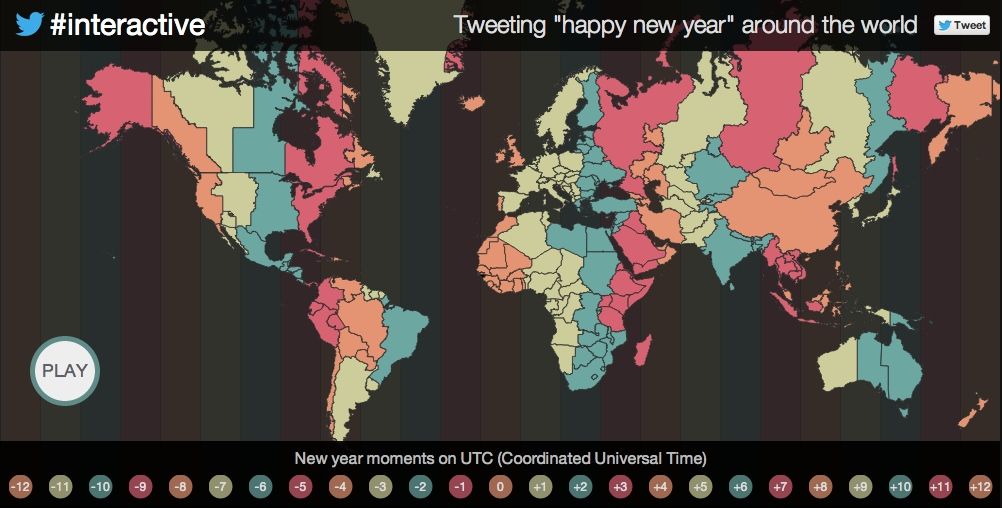 For the beginning of the new year Twitter prepared really cool visualisation which is mapping “Happy New Year” tweets around the world in different languages and different time zones. On the website you can see how new year’s greetings spread around the world along with the global time zone map. It is however much more interesting when you look at the distribution of languages.

Spanish ‘Feliz año nuevo’ was the most often used new year’s greeting world-wide. It had a first peak in Spain (UTC+1) than reached Argentina (UTC-3), and had a final peak in Mexico and USA 3 hour later (UTC-6). The second language was English. What I find interesting is that east Australia didn’t tweet too much… Third language is Arabic, which seems to be the most spread around the world but with some unexpected peaks at UTC-2 and UTC-3, possibly suggesting strong Arabic minorities in South America. Another interesting observation is dominant diversity of languages in UTC+1 time zone with 11 languages. Check it out and comment about ‘the behaviour’ of your language. 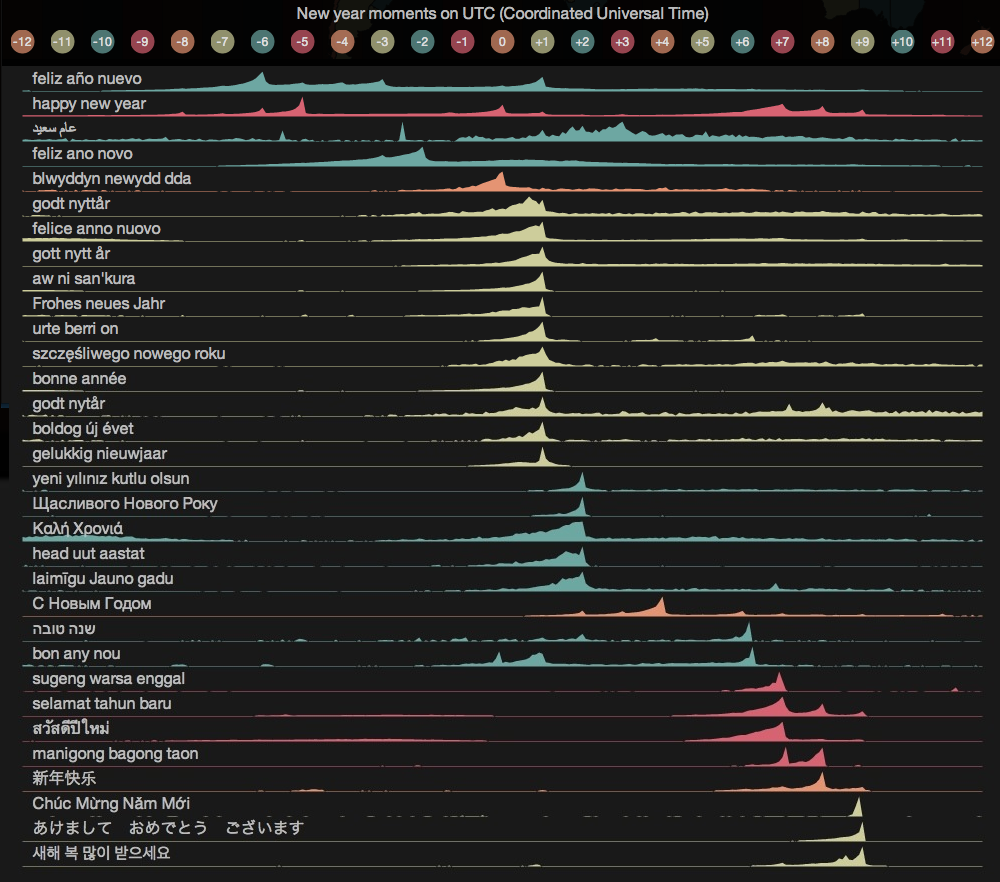