Just yesterday morning I’ve been writing that Bing Venue Maps (Microsoft+Nokia) is boasting about the number of shopping malls they have mapped, now Nokia is doing the same as well. Since launching it’s Destination Maps at CTIA last year, Nokia has been working hard and expanded its indoor mapping service with more than 4,605 venues in 38 countries. All together Finish giant (with Navteq technology) covers more than 235 million square meters of indoor real estate. Not bad.

The challenge is to integrate it with Nokia Maps. And with new Nokia Location Platform that will enable developers to build cool stuff around it. Meanwhile check out Nokia’s infographic. 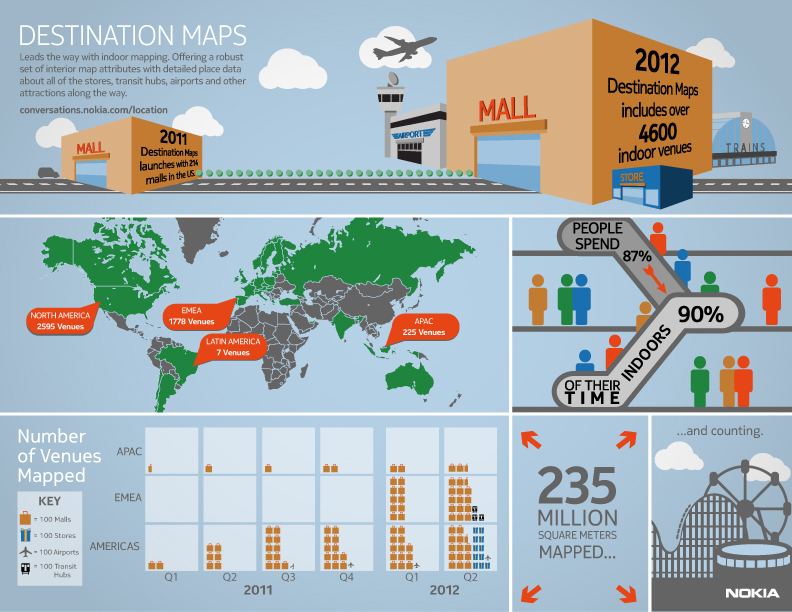 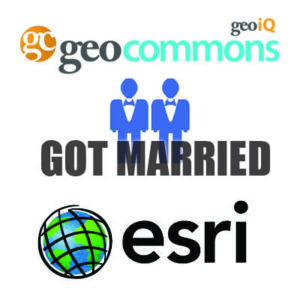 ESRI – the largest geospatial enterprise in the universe (and as well the largest privately held software company in the world) has announced to acquire GeoIQ owner of GeoCommons. GeoCommons was a very interesting project launched in 2007. It was and still is the internet service where users can share, transform, visualize and mash-up geographical information. According to GeoIQ today the project has over 50,000 users, who have contributed over 125,000 open data sets, which have been shared 20 million times. Pretty impressive. Based on those tools GeoCommons transformed into GeoIQ – targeted to B2B sector. I don’t know how successful they were, but it seems that ESRI  got interested… 😉

ESRI from the other side is different story – the most advanced desktop GIS ever, used by more than 300,000 organizations worldwide and is running on more than one million desktops and Web applications servers. From several years there trying to popularize cloud-based services ArcGIS online. Although it’s one of the best web mapping platform, I know from reliable sources that its uphill struggle, and it goes much slower than ESRI anticipated. I guess that investment in GeoIQ is about to change it.