Powerful supercomputers and machine learning algorithms have led to the discovery of an unexpectedly large count of trees in the West African Sahara and Sahel regions – typically dry areas that do not receive much attention for their contribution to the global biome in climate models and other prediction systems. When Scientists from NASA’s Goddard Space Flight Center and a team of international collaborators trained a deep learning algorithm to identify trees using very high-resolution satellite imagery (0.5m per pixel), they were not expecting to find billions of trees in arid and semi-arid regions of the world. But already, more than 1.8 billion trees have been identified across an area of more than 500,000 square miles using the new method for mapping the location and size of trees growing outside of forests.

Traditionally, mapping non-forest trees at this level of detail would have taken months, if not years. However, this technology breakthrough provided by artificial intelligence will now be able to provide vital data to researchers, policymakers, and conservationists for preservation, restoration, climate change, and other purposes much more efficiently.

The process of coding the training data took more than a year though, NASA says. The team manually marking nearly 90,000 individual trees across a variety of terrain, allowing the deep learning model to understand which shapes and shadows indicated the presence of trees.

Martin Brandt, an assistant professor of geography at the University of Copenhagen and the study’s lead author, explains: “In one kilometer of terrain, say it’s a desert, many times there are no trees, but the program wants to find a tree. It will find a stone and think it’s a tree. Further south, it will find houses that look like trees. It sounds easy, you’d think – there’s a tree, why shouldn’t the model know it’s a tree? But the challenges come with this level of detail. The more detail there is, the more challenges come.”

Now, scientists are interested in understanding how much carbon is stored in isolated trees in the vast arid and semi-arid portions across the globe.

According to Compton Tucker, a senior biospheric scientist in the Earth Sciences Division at NASA Goddard, “Conservation experts working to mitigate climate change and other environmental threats have targeted deforestation for years, but these efforts do not always include trees that grow outside forests.” Not only could these trees be significant carbon sinks, but they also contribute to the ecosystems and economies of nearby human, animal, and plant populations.

In the future, NASA could combine the power of this AI with data from its other missions, such as the Global Ecosystem Dynamics Investigation mission, or GEDI, and ICESat-2 (Ice, Cloud, and Land Elevation Satellite-2) to open up new research possibilities.

#Business
What is the metaverse and why should geospatial enthusiasts care about it?
Sowmya Somanchi 06.29.2022
AWESOME 5
#Business #Featured
Six drone industry trends for 2022 which are my takeaways from Xponential Expo in Orlando, FL
Aleks Buczkowski 04.30.2022
AWESOME 0
#Business
Funding in the geospatial industry – the who and how
Hassan Safieddine 08.1.2022
AWESOME 3 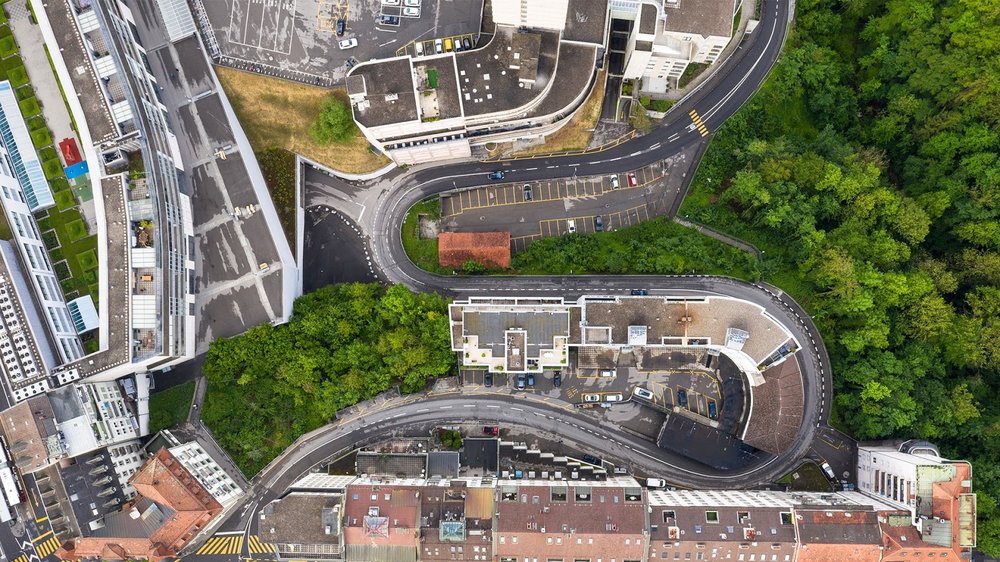 With extreme temperatures becoming common in urban jungles, policymakers are increasingly looking to increase shade on warming city streets. However, a well-planned (hence more effective) tree-planting effort requires budget and resources and not many cities can afford to spare those, especially during an unprecedented pandemic. Google, through its Environmental Insights Explorer platform, a tool that makes it easier for cities to measure, plan, and reduce carbon emissions, wants to change that.

Starting the novel ‘Tree Canopy Lab’ initiative with the City of Los Angeles in the United States, the technology giant is leveraging Google AI and Google Earth Engine’s data analysis capabilities to pinpoint all the trees in a neighborhood and measure their density.

A specialized tree-detection AI has been developed to automatically scan the aerial imagery that Google airplanes capture during the spring, summer, and fall seasons. The algorithm then detects the presence of trees and produces a map that shows the density of the tree cover, also known as ‘tree canopy.’

Google explains that the imagery is analyzed in combination with 3D digital surface models to generate a vegetation probability model. Any values above a certain threshold are classified as a tree canopy. The analysis is also said to include near-infrared data, when available.

Cities can use tree coverage insights in multiple ways, such as comparing tree coverage by neighborhoods and identifying residential blocks with high tree planting potential. Policymakers can learn about the tree coverage, average heat health index, and average population density per area and locate sidewalks that are vulnerable to higher temperatures due to low canopy coverage. Google is also equipping Tree Canopy Lab with pre-calculated visualizations to help city officials understand how heat and population density correlate with tree coverage.

As Eric Garcetti, Mayor of Los Angeles, says, “Every tree we plant can help stem the tide of the climate crisis, and when we expand our urban forest, we can sow the seeds of a healthier, more sustainable and equitable future for communities hit hardest by rising temperatures and intensifying heatwaves. Google’s technology will help us bring the power of trees to families and households across Los Angeles – adding greenery to our public spaces, injecting beauty into our city, and bringing cooler temperatures to our neighborhoods.”

Google plans to make Tree Canopy Lab available to hundreds of cities in 2021.